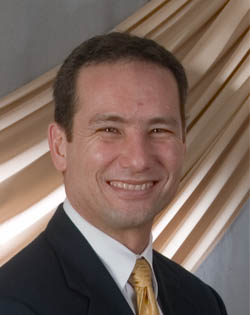 Donald Speer, Professor of Piano, has been a member of the music faculty at Western Kentucky University since 1991, where his responsibilities include applied lessons for college majors, pedagogy, accompanying, class piano, and director/teacher of the WKU Keyboard Development program for pre-college students. He is also a member of the summer faculty for the Kentucky Governor’s School for the Arts. In addition to an extensive performance schedule in collaboration with WKU music faculty, Dr. Speer has appeared in recital with such renowned musicians as Steven Mead, Frank Morelli, Vince DiMartino and Paul Basler. He has also premiered and recorded numerous works by contemporary composers, including Michael Kallstrom, Susan Kander, Bev Lewis, Lewis Neilson, and Rodney Rogers. He has performed throughout the U.S. and Europe as a member of the Fiala/Speer duo. In 2009, the duo premiered “Postcards from America” and “Fundy Temperaments” for oboe and piano at the International Double Reed Society Conference in Birmingham, England.

Dr. Speer has served as President of the Kentucky Music Teachers Association and Southern Division Coordinator of Collegiate and Chamber Music Competitions for the Music Teachers National Association. He was the recipient of Western's 2004 Award for Teaching in the Potter College of Arts and Letters, and was named the KMTA Teacher of the Year in 2005. He holds the Bachelor of Music in Piano Performance from Louisiana College, the Master of Music in Performance from Southern Illinois University-Edwardsville, and the Ph.D. in Music Education from Louisiana State University. Former piano teachers include Mary Ann Crump, Ruth Slenczynska, Linda Perry, and Jack Guerry.