Pi Mu Epsilon (PME) is the Honorary National Mathematics Society. It was founded on May 25, 1914 at Syracuse University and currently has over 300 chapters at colleges and universities throughout the United States. The purpose of PME is the promotion of scholarly activity in mathematics among the students in academic institutions. More information about PME can be found at https://pme-math.org/.

The Department of Mathematics at Western Kentucky University was granted and presented its charter for the Kentucky Beta Chapter of the Pi Mu Epsilon Society on November 10, 1972. Membership in this honorary society is based on scholarship in mathematics.

Graduate students with majors in the Department of Mathematics (049, 085): 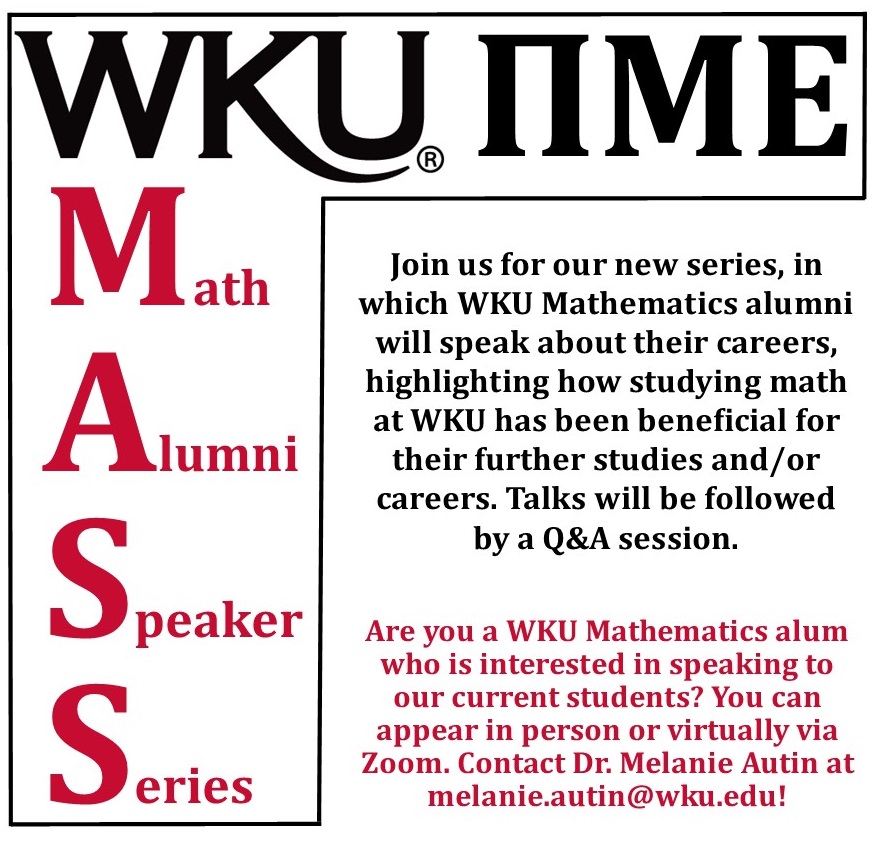 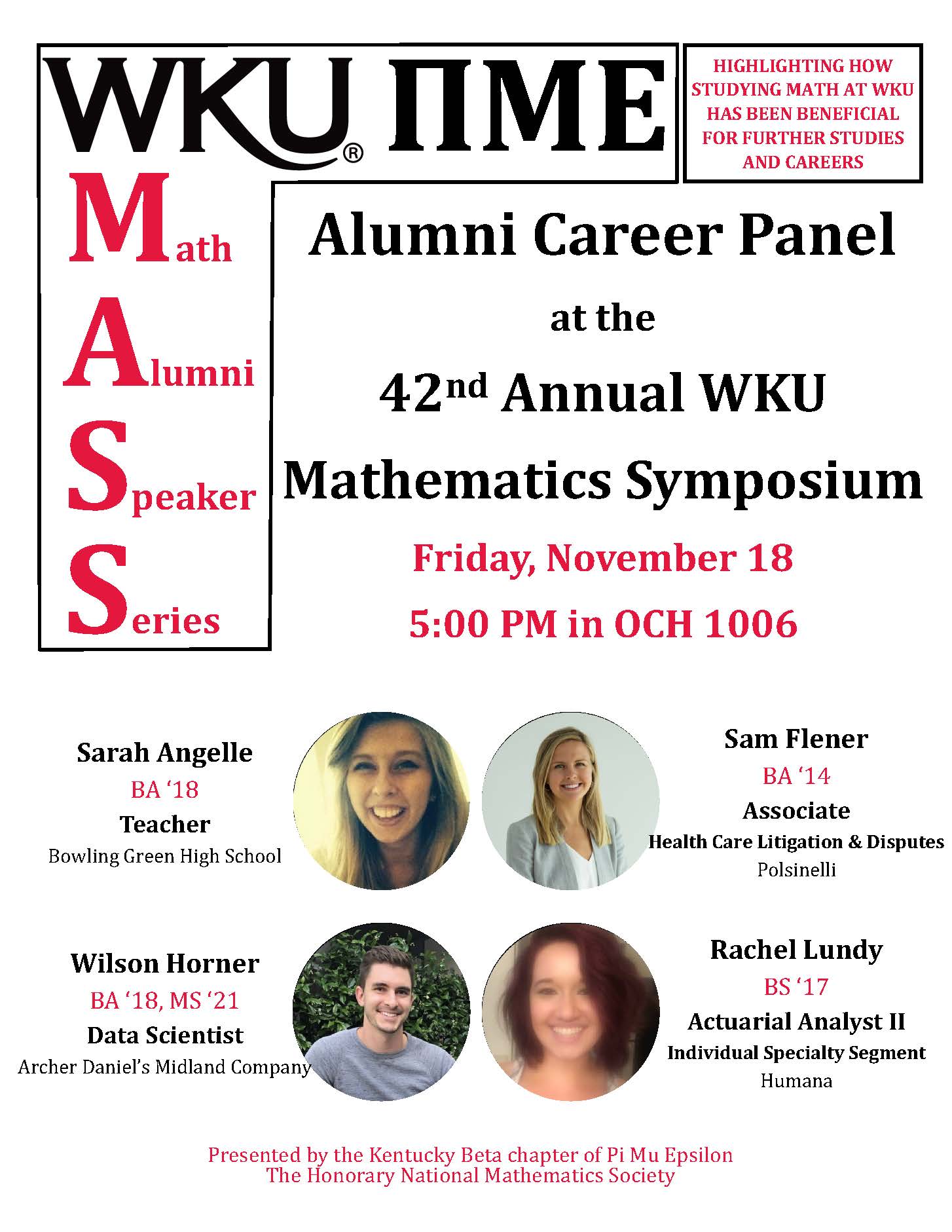