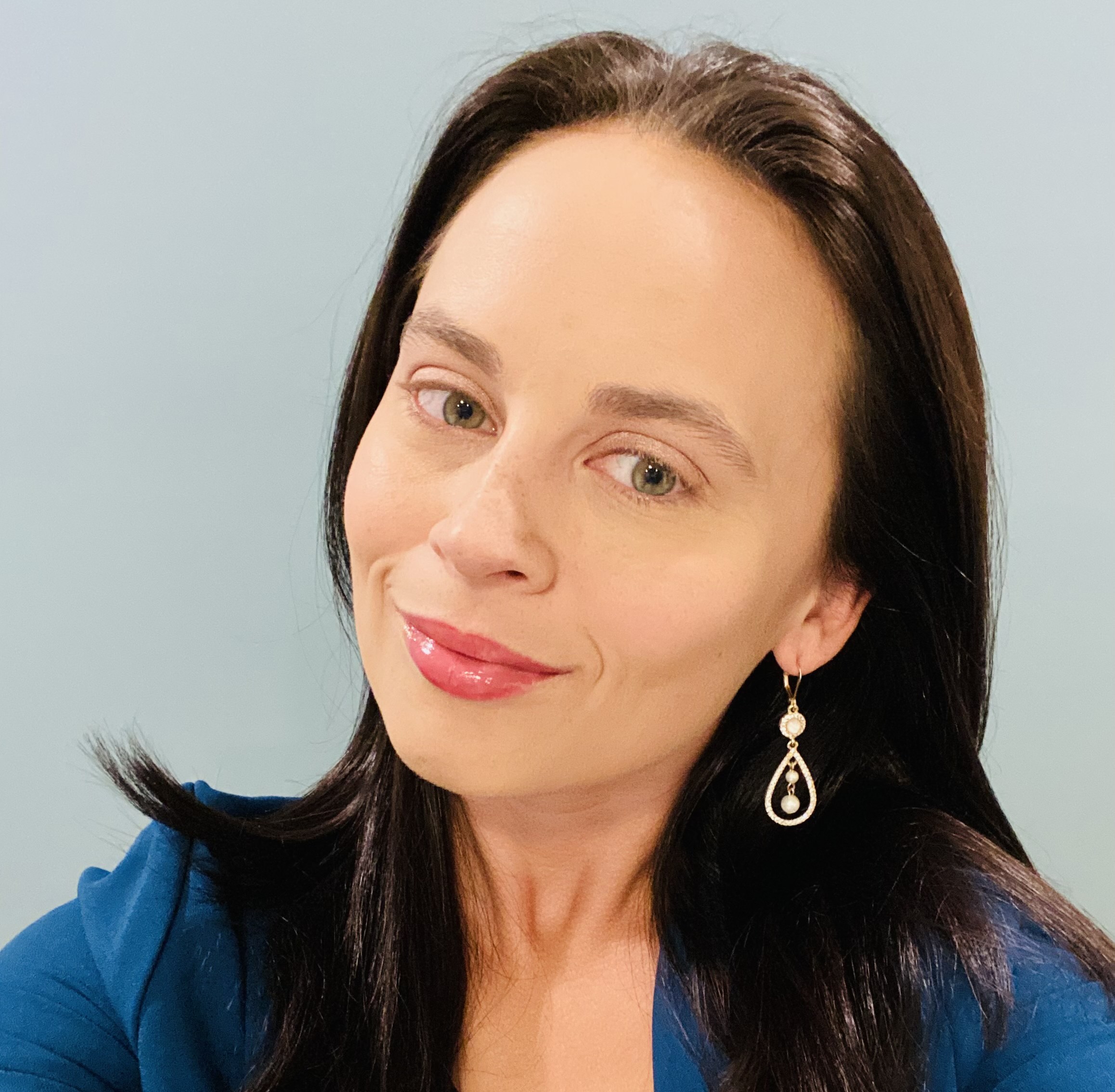 Dr. Rebecca Crouch graduated from WKU in 2012 with a BA in Mathematics. In 2010, she took her first statistics class with Dr. Autin and “the rest is history.” She went on to grad school at the University of Kentucky, where she earned a PhD in Statistics. Her dissertation focused on dimensionality reduction on categorical genetic marker data, with an application in identifying risk factors for Alzheimer’s disease. While studying, she completed an internship in the US government intelligence community. In 2016, she moved to the DC area to serve government intel and defense clients as a Specialist Master Data Scientist at Deloitte. At Deloitte, she leads a small team deployed in the intelligence community, where they use large datasets to identify patterns in populations. One of her passions at Deloitte is training and educating the analytics practitioners of tomorrow, so she spends her non-client hours developing and delivering curricula for internal data science and statistics courses. Last year, Dr. Crouch won a Defense, Security and Justice sector award for outstanding performance in her market delivery sector, and she also got the opportunity to brief Deloitte’s sector lead on her work on International Women’s Day this year. On a personal note, Dr. Crouch just bought her first home in Northern Virginia! (Submitted August 2021) 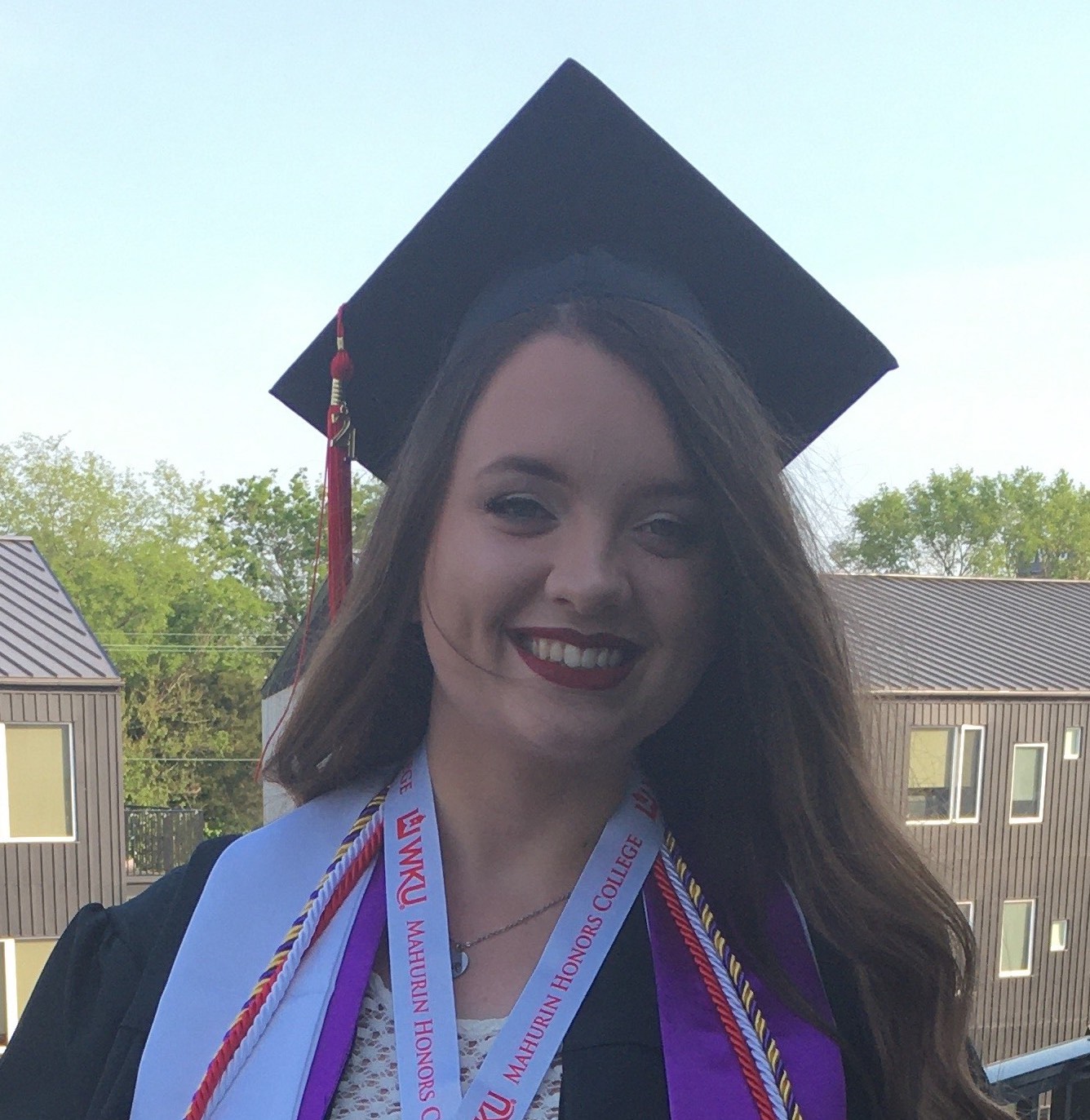 Rebecca Price graduated from WKU in 2021 with a BA in Mathematics (with a focus on Secondary Education), BS in Middle Grades Mathematics, and BS in Science and Mathematics Education. She said that she “will be forever grateful to the math department at WKU for providing [her] with so many fantastic opportunities, such as being an ambassador and making lifelong friends through Math Club. The faculty are some of the nicest most caring people on earth.” Following graduation, Rebecca began her teaching career at Greenwood High School, where she teaches Algebra 1 and 2 and coaches tennis. Staying in Bowling Green means that she has been able to continue to go to trivia nights around town, as well as volunteer in the Bowling Green area. (Submitted August 2021) 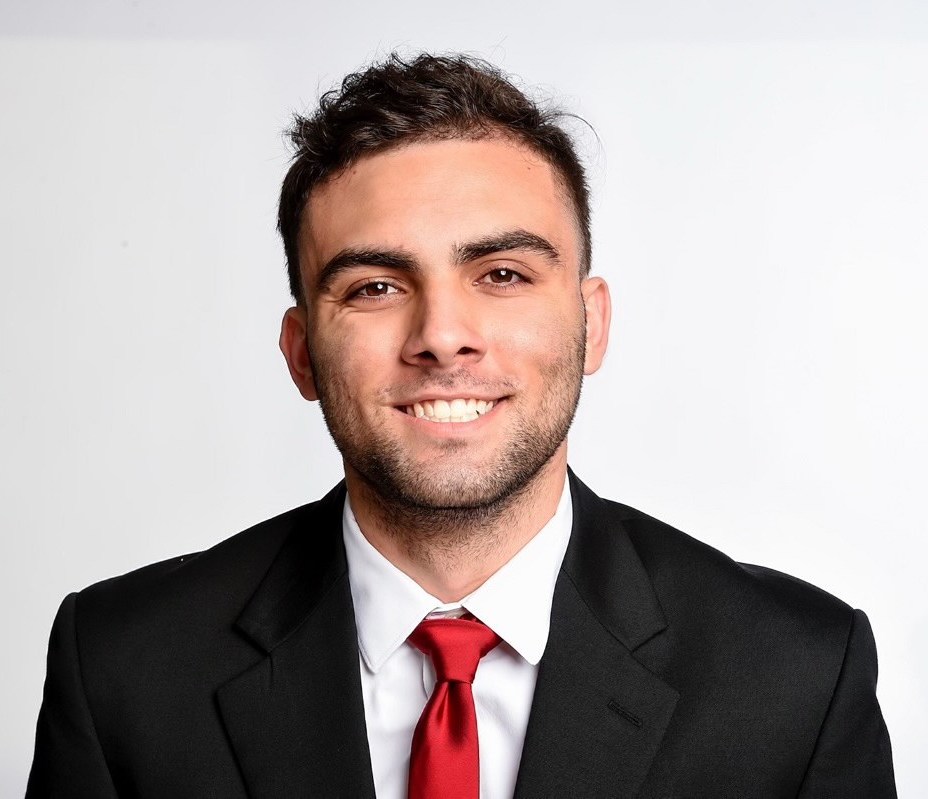 Evan Stack graduated from WKU in 2020 with a Bachelors in Mathematical Economics. According to Evan, “life presents lots of challenges and this [education at WKU] was one of them.” However, the Department of Mathematics faculty supported him throughout his degree. Following graduation, Evan stayed in Bowling Green and is pursuing his MBA at WKU and is a Graduate Assistant for the WKU Men’s Basketball team. He enjoys watching the Toronto Blue Jays play every day, and in his spare time he is learning Spanish and the acoustic guitar. (Submitted August 2021) 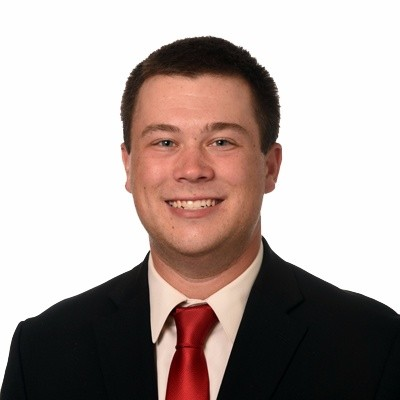 Alec Brown graduated from WKU in 2017 with a BA in Mathematics. Following his time at WKU, he moved to North Carolina to pursue his MS in Analytics at North Carolina State University. Since then, he has been working as a Data Science Manager for Bain & Company in Chicago where his work has focused on building a software application for utilities to optimize the investments they make in their physical infrastructure. According to Alec, the Department of Mathematics “opened a window into statistical programming and data science as a potential career for me. Through the stats courses offered by the department, some hands-on training in R / SAS, and the mentorship I received during my Honors College Thesis, the department gave me all the right skills necessary to jump start my career in a field I never knew existed prior to college.” (Submitted August 2021) 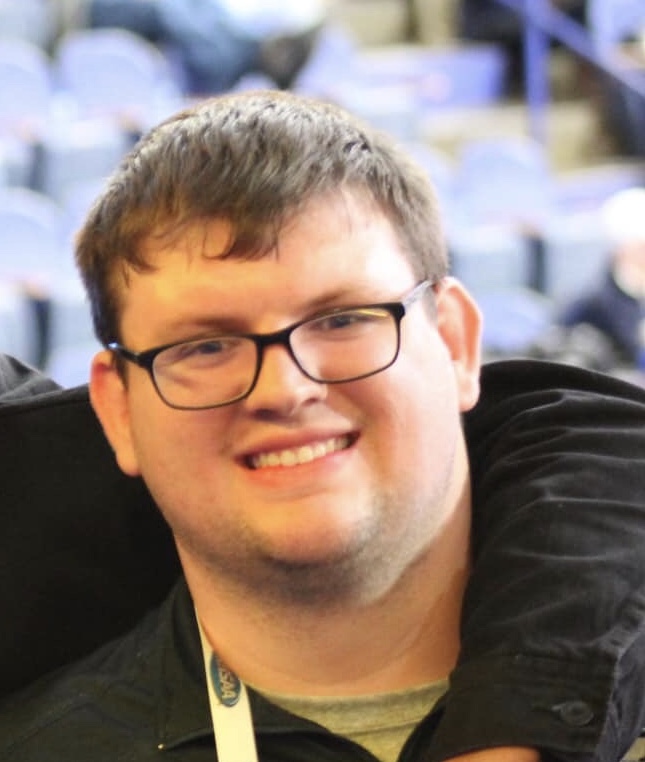 Dustin graduated from WKU in 2014 with a BA in Mathematics (with a focus on Secondary Education). A week after graduating WKU, he married Sandra Mathis (WKU ’14) with whom he met through WKU’s Baptist Campus Ministries. After spending a few months living in Ft. Mitchell, KY, they moved to Glasgow, KY where he taught at Barren County Middle School before moving back to Bowling Green in the summer of 2015 to teach at Warren Central High School, just around the corner from WKU. Dustin has taught Geometry, Algebra II, and Probability and Statistics over the past 7+ school years. In addition to teaching, he has served as his school’s Assistant Athletic Director for the past 3+ school years. He has also worked with Warren County Public Schools to help pilot their new math curriculum over the 2020-21 and 2021-22 school years.

According to Dustin, two of the biggest courses in the Math Department that prepared him for his job today as a teacher were College Geometry (with Dr. Marchionda), as well as, Functions and Modeling (with Dr. DuCloux). He said that “having taught Geometry for the past 4 years, a lot of the ideas and concepts we covered are things I use on a daily basis. Those essential theorems for Geometry (parallel/perpendicular lines, congruence, similarity, etc.) are the bare bones of what I do on a daily basis. From Functions and Modeling, the collective atmosphere of the class is something that I really picked up and translated into my classroom. Getting my students to model their thought process is so crucial, and it transport me back to my days at College Heights Hall doing the same things. From just a pure teaching standpoint, there were a lot of things I adapt and borrow from Dr. Dunkum. Having had her in class four separate times gave me a lot time to how she went about teaching and interacted with her students. I can definitely feel that influence on my overall teaching every day.”

Outside of teaching, Dustin and Sandra are frequent attendees of multiple WKU athletic events since graduating. They have followed the Tops all over the region including attending games in Ohio, Tennessee, and West Virginia. They also recently bought a new home and this coming May they will celebrate their 8th wedding anniversary. (Submitted September 2021) 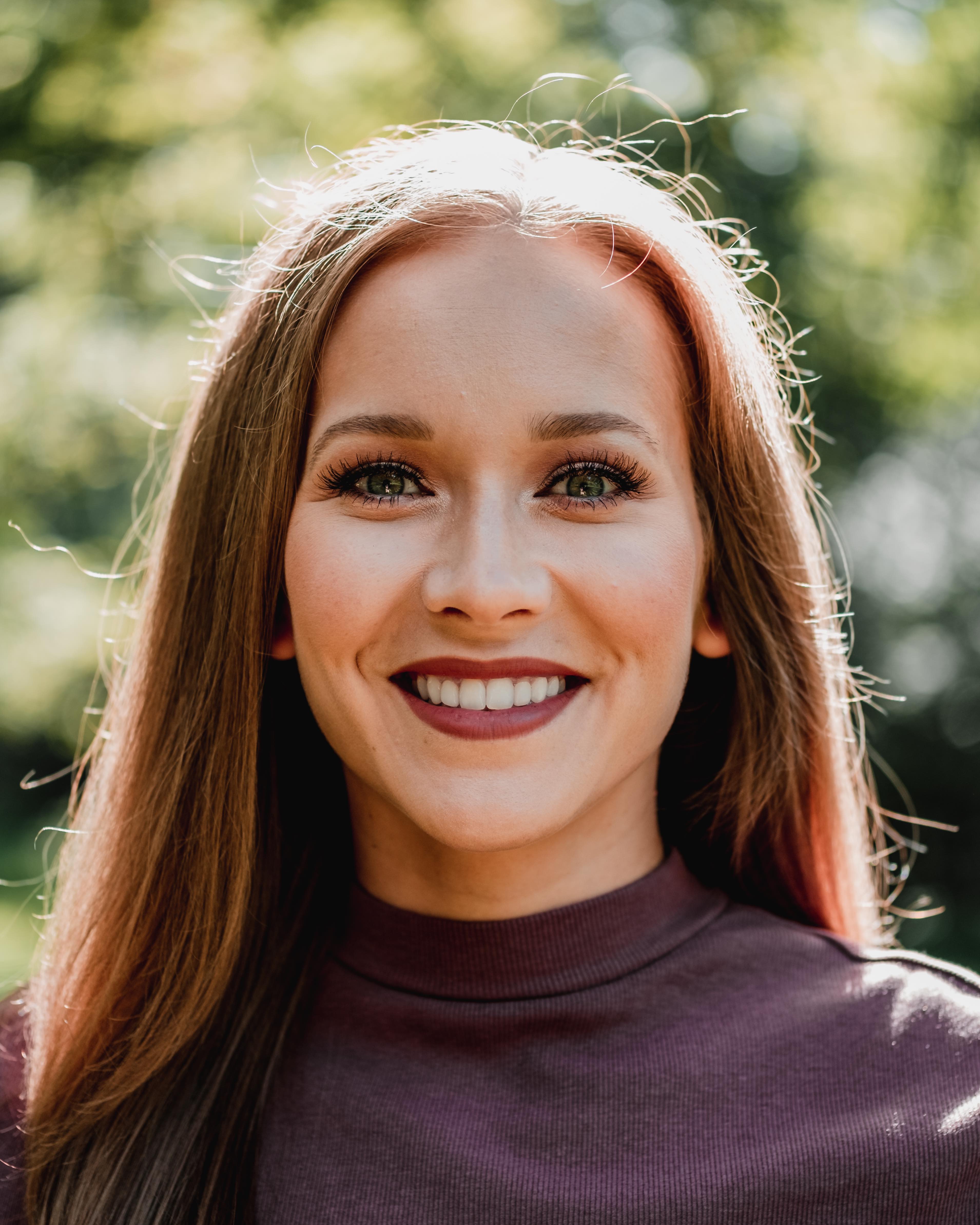 Emily graduated from WKU in 2013 with a BA in Mathematics (Secondary Education) and again in 2016 with an MA in Mathematics. Following graduation, she taught Algebra 1, two levels of Geometry, Algebra 2, and Precalculus at South Oldham High School for 4 years. During this time, she received a STEM scholarship through AFCEA to be used on math-related school supplies, so she bought a classroom set of calculators for her students. She said her studies at WKU helped her tremendously by learning both the knowledge to teach mathematics content and the skills to manage a classroom. After enjoying this teaching experience, she resigned to be a stay-at-home mom to two wonderful children. Her passion for teaching remains so she tutors and subs for mathematics teachers as needed. Additionally, she is a free-lance make-up artist. She has been married to her wonderful husband for 5 years, is very involved in her church, considers herself an amateur chef, and considers herself a professional library-goer (a great way to get her kids to read lots of books!). (Submitted September 2021)