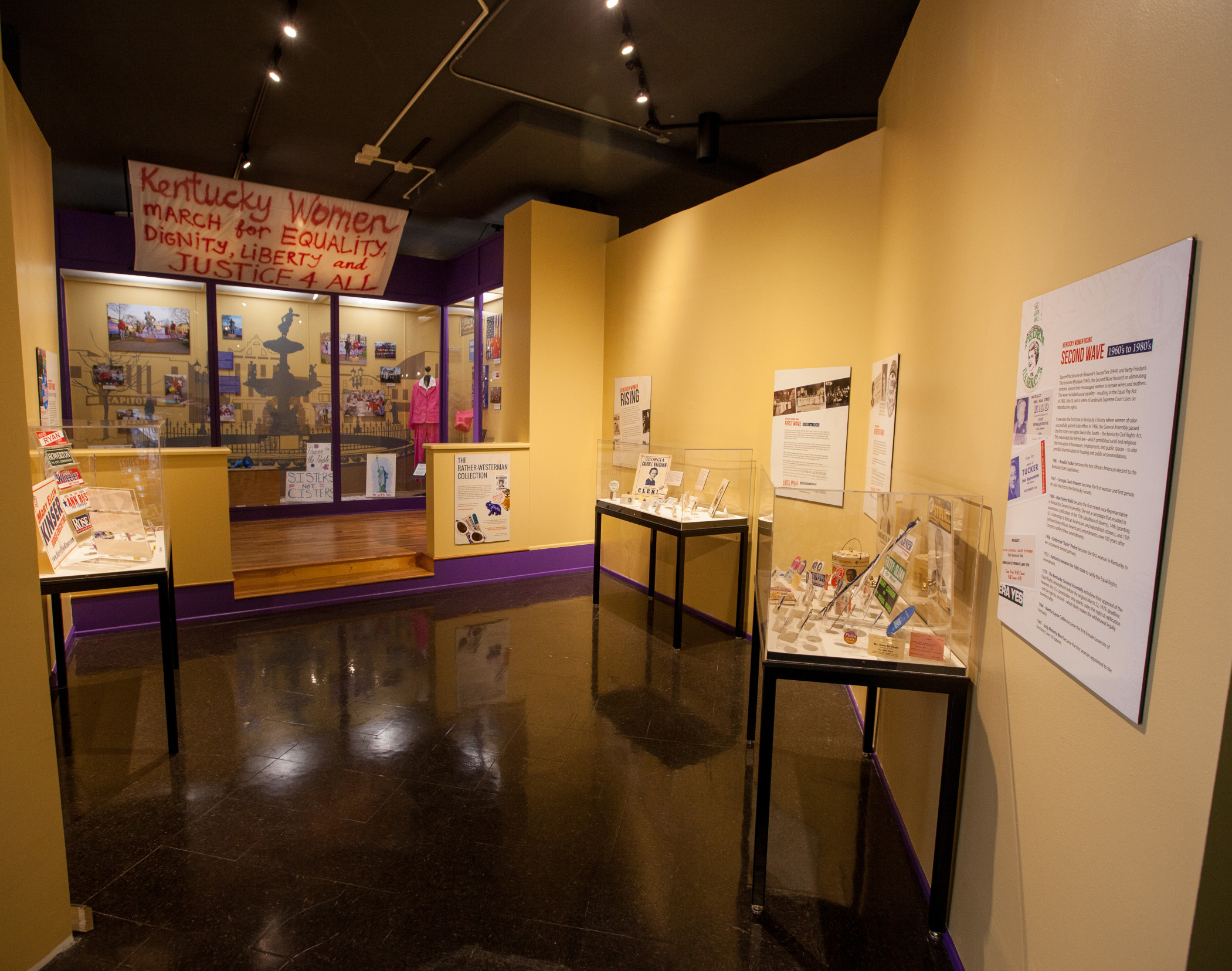 Kentucky women have been active in politics for over 200 years. Before and after the passage of the 19th Amendment which granted women the right to vote, they repeatedly sought to participate in political life and make their voices heard. Though not always self-identifying as feminist - one who supports political, economic, and social equality of the sexes - many fought for political, economic, and social equality. They organized groups focused on achieving their goals, ran for and attained political office, and proposed legislation.

Women of color did not share equally in the gains made over time by their white female counterparts. Although the 19th Amendment applied to women of color, cultural norms - manifested in Jim Crow laws and other discriminatory practices - restricted women of color from their rights, especially in the southern states.

Despite over 200 years of activism and the ratification of the 19th Amendment in 1920, the struggle for equality continues today. Kentucky women are still in the fight, with many participating in the success waves of feminism that have shaped the lives of all Kentuckians.

This virtual exhibit is based on an exhibit on view at the Kentucky Museum in 2020-21. Click here to download the exhibit posters as a PDF.

TEACHERS! Explore the exhibit with your students using these Educational Activities:

First Wave Feminism focused on women's right to vote. In 1838 - ten years before the Seneca Falls Convention - Kentucky passed the first permanent statewide suffrage law. It allowed any widow or female head of household over 21 who paid property taxes the right to vote in elections for the school system. However, in practice, this right was denied in many counties.

Despite strong opposition to women's involvement in politics, historical records indicate that women were running for, and gaining, office at unprecedented rates. Women in the United States led over 4,480 political campaigns before 1920 - 75% of which they won. Most of these campaigns were on the local level.

became perhaps the first woman elected to political office in Kentucky, as Daviess County jailer. The Kentucky Court of Appeals later ruled she could not run for political office because she was ineligible to vote.

one of the first women in the South to run a campaign for statewide office, helped to pass the Married Women's Property Act, which allowed married Kentucky women to hold property.

co-founded the Women's Convention fo the National Baptist Convention, which fought for equal rights for both gender and race.

Ratification
Kentucky became the 23rd state to ratify the 19th Amendment. Fearing that the required 36 states would not ratify the amendment prior to the upcoming Presidential election, Governor Morrow signed a bill on March 29 ensuring women could cast their ballot for President in November.

Need a crash course in first wave feminism? Check out this video:

Did you know that First Wave Feminism would not have been possible without Black women? View this video to learn more: 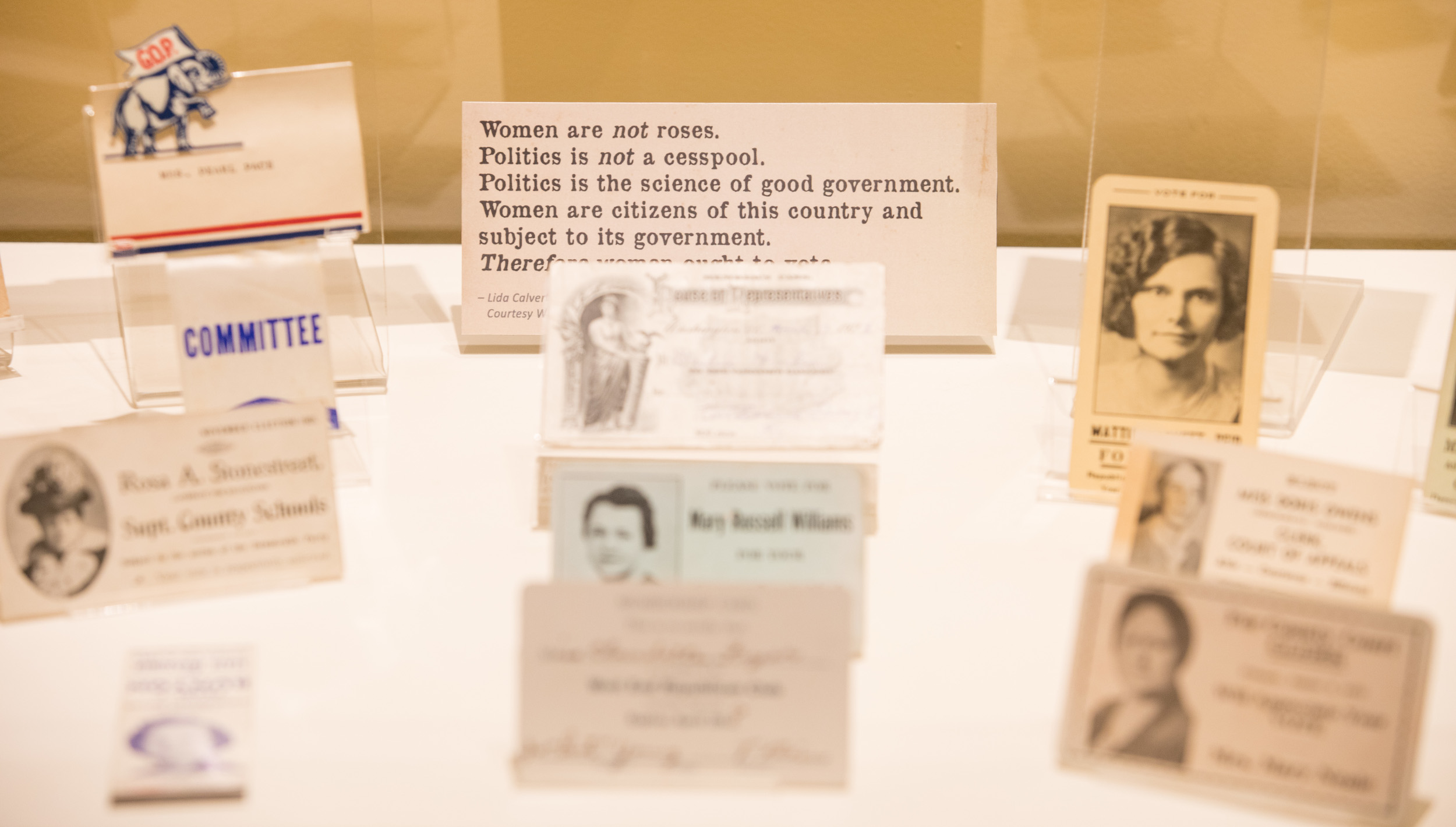 Suffrage did not end women's fight for equality. Rather, it spurred more women to become active public figures and highlighted how other factors - such as race and class - marginalized women of color. It also encouraged women to fight for greater rights, including equal opportunities in education and employment. Women increasingly ran for more traditionally male offices, including state and national positions.

of Graves County became the first female county sheriff in Kentucky. She is possibly the first woman elected to this office, though evidence regarding female sheriffs is scarce and contradictory. 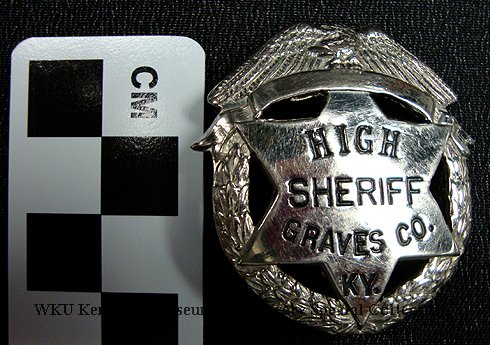 became the first Kentucky woman elected to the U.S. House of Representatives

Why did it take nearly 40 years for a Second Wave? View this discussion with Linda Gordon and Alice Kessler-Harris from Columbia University: 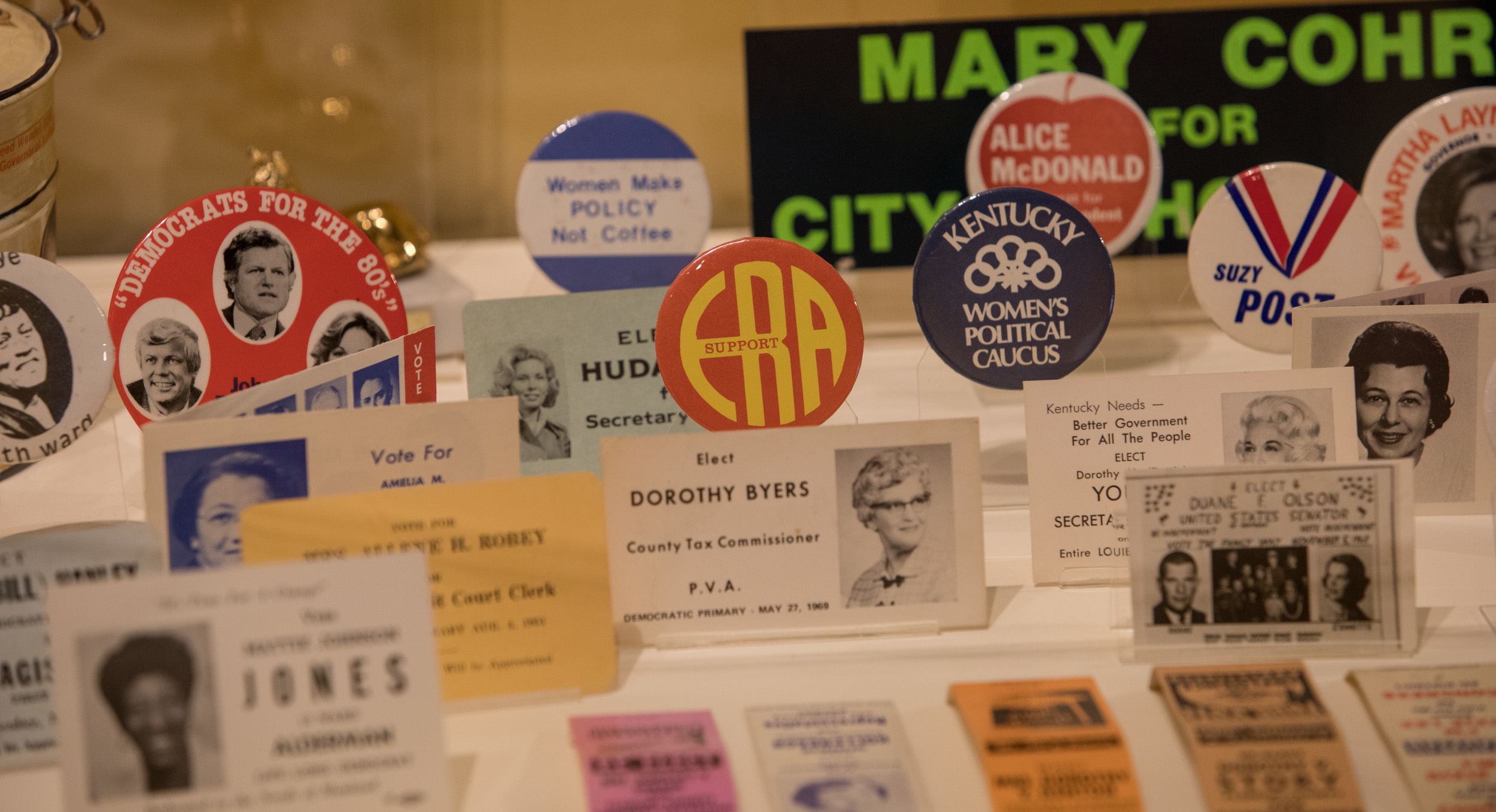 It was also the first time in Kentucky's history where women of color successfully gained state office. In 1966, the General Assembly passed the first state civil rights law in the South - the Kentucky Civil Rights Act. This expanded the federal law - which prohibited racial and religious discrimination in businesses, employment, and public spaces - to also prohibit discrimination in housing and public accomodations.

became the first woman and first person of color elected to the Kentucky Senate.

became the first mixed-race Representative in Kentucky's General Assembly. She led a campaign that resulted in unanimous ratification of the 13th (abolition of slavery), 14th (granting U.S. citizenship to African Americans and naturalized citizens), and 15th (enfranchising African Americans) amendments, over 100 years after Congress ratified these amendments.

became the first woman in Kentucky to win a statewide senate primary. 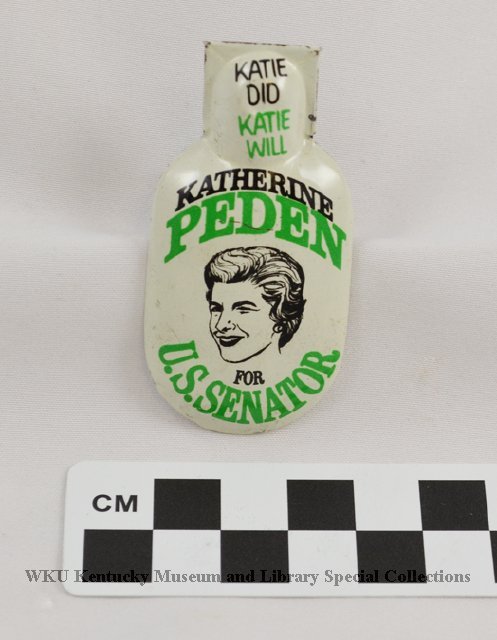 Did you know that Second Wave Feminism would not have been possible without Black women? View this video to learn more:

Despite comprising 51.6% of Kentucky's population in 1996, women held only 17% of elective positions. While the Third Wave urged political and societal change, Kentucky women's participation as elected officials remained one of the lowest in the nation.

became the first woman appointed to the Warren Circuit Court.

Since the passage of the 19th Amendment, Kentucky has elected only two women to serve in the U.S. House of Representatives. Additionally, Kentucky women have held only eight of the 13 statewide offices. 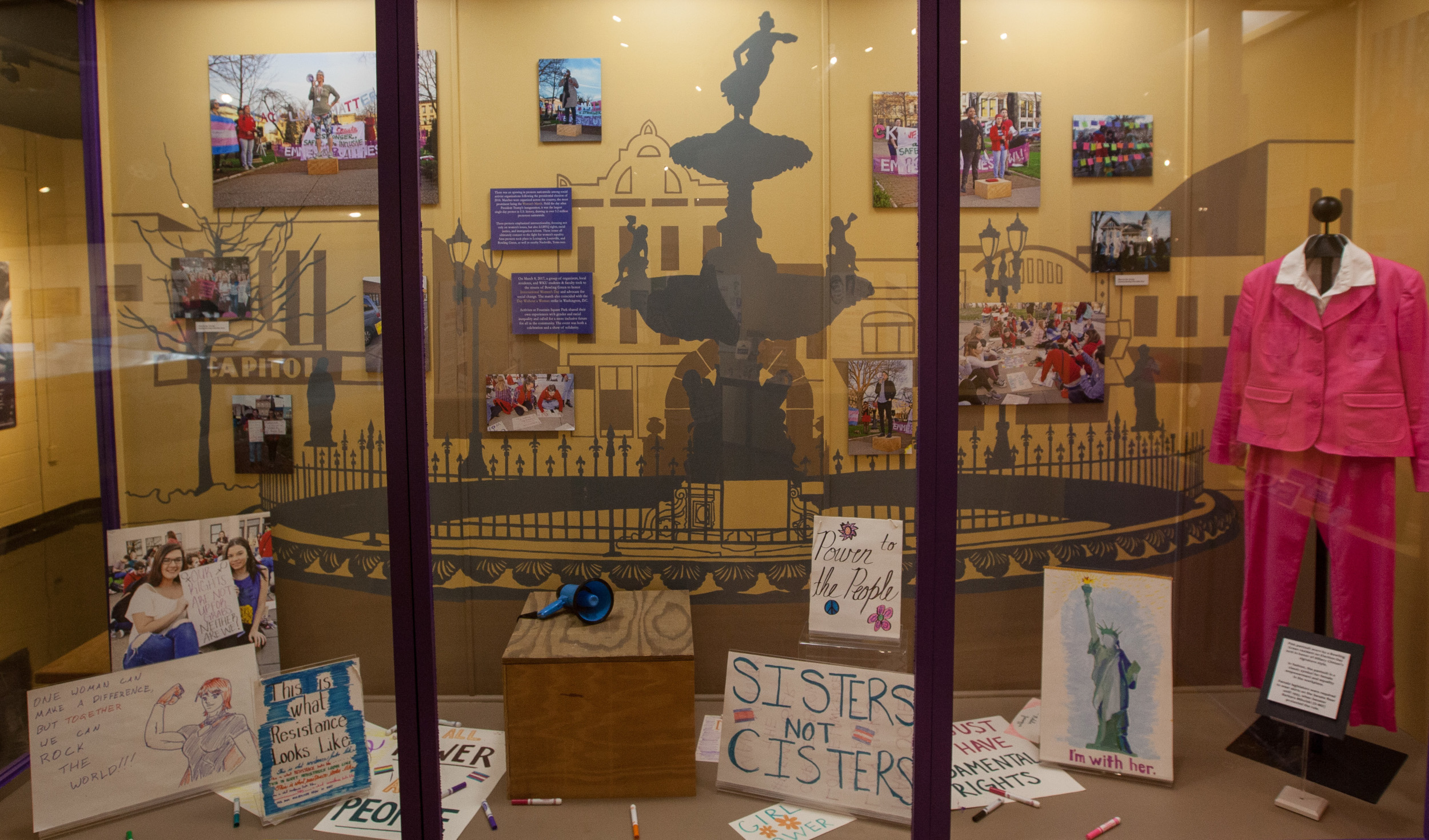 Started in 2012, the Fourth Wave explicitly focuses on intersectionalism - calling attention to how social categories such as race, class, and gender combine to oppress others. Its advocates also seek to end violence against women, ensure equal pay for equal work, and/or grant women full bodily autonomy. They also encourage men to participate, and advocate to end harmful gender stereotypes. Using the Internet, fourth wave feminists have mobilized on a national scale.

became the largest single-day protest in U.S. history. Powered by social media, it was mounted in response to President Trump's election.

Pink "pussy hat" worn at the Women's March on Washington that took place on January 21, 2017. Machine sewn hat has faux fur decoration on the top corners. Donated by Melia Arnold. Catalog No. KM2017.7.1

became the first Hispanic woman to win an election in Kentucky, as a member of the Livingston County School Board.

Women make up 51% of Kentucky's population, but occupy only 23% of seats in the state legislature.

As we celebrate the 100th anniversary of the passage of the 19th Amendment, we ask,

"When will Kentucky's elected officials become reflective of our populace?" 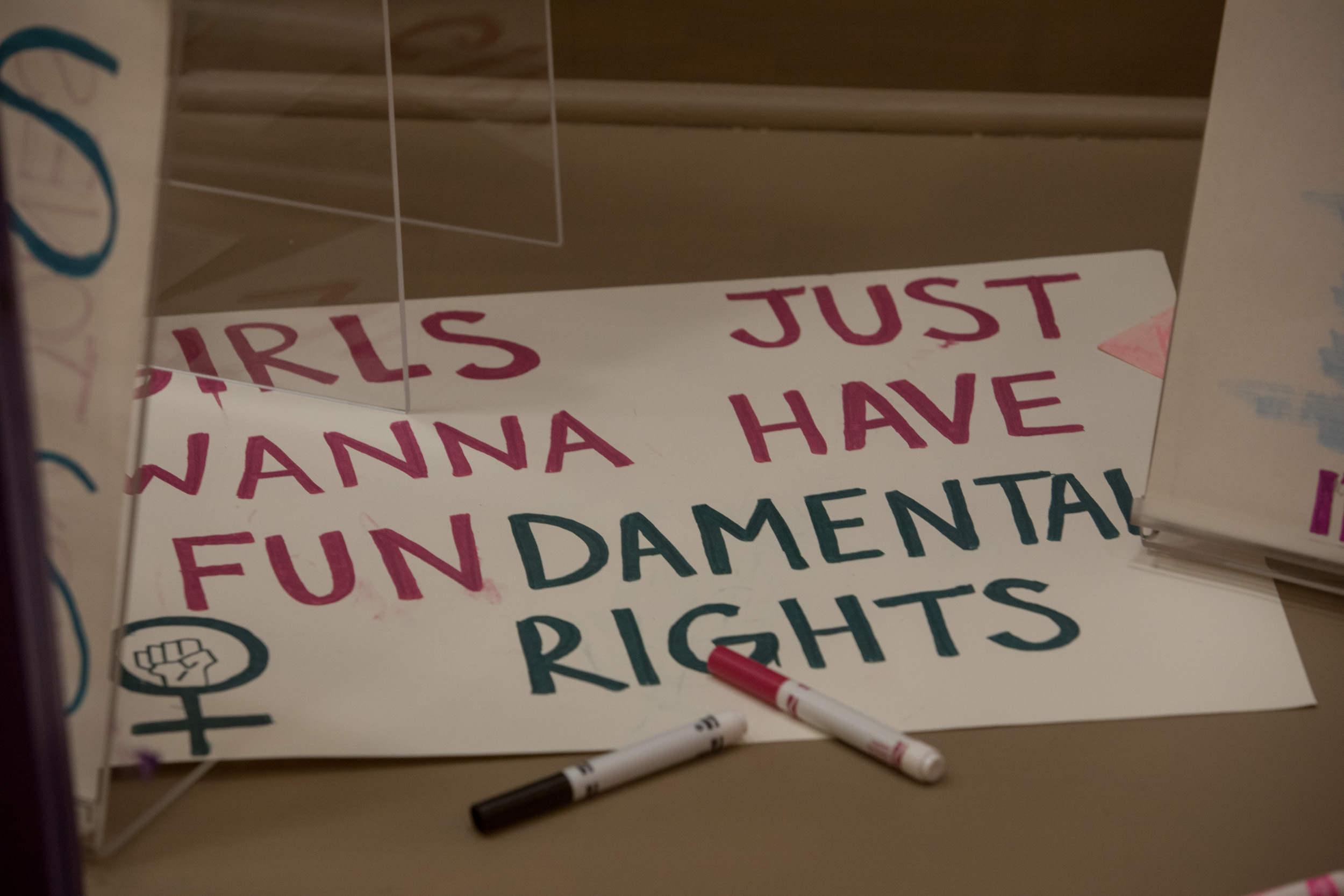 This exhibit is drawn in part from the Rather-Westerman Collection. Named for its primary donors – WKU alumni Julius Rather (1958) and Robert Westerman (1971) – this collection holds over 10,000 artifacts that tell the story of political life in Kentucky. Objects in this collection are held jointly by the Kentucky Museum and WKU Department of Library Special Collections, and used in a variety of programs, courses, and exhibitions.

Additionally, this exhibit draws on artifacts from the Kentucky Museum and Library Special Collections joint project, America United/Divided. View the video below to learn more about the project and how you can donate artifacts:

Search selected artifacts from the collection on KenCat by clicking here.

Since the Kentucky Museum relies primarily on donations for collections care, these artifacts need the support of donors like you.  For just $20, you can adopt one artifact in the Museum’s Rather-Westerman collection. Click here to learn more.

“Staking Their Claim: The Impact of Kentucky Women in the Political Process” by Penny M. Miller, 1996

“The Slow and Unsure Progress of Women in Kentucky Politics” by Penny M. Miller, 2001

Rightfully Hers: American Women and the Right to Vote exhibit

Her Hat was in the Ring

Guardian News discussion about women’s movements around the world - https://youtu.be/OUT8bmWDdeE