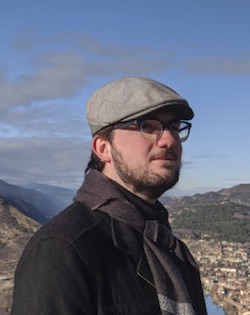 Daniel is from Louisville, Kentucky. He enjoys traveling and he has been to twenty-three countries so far. He has two little dogs that he loves very much. Daniel has wanted to be a History professor since he was ten years old, and his interview with WKU's History Department was so engaging and intellectually stimulating that he knew he'd found an academic community to rely on. Daniel’s favorite thing about being a History major is becoming friends with professors. The one on one time he has had with then and his advisors has been the highlight of his time in the History department. He enjoys talking with them during office hours about current events, learning about their work, and figuring out where to go with his work based on their suggestions. Daniel plans to graduate Spring 2021 and then go on to graduate school or a Ph.D. program. He is currently studying for the GRE and scoping out schools. His favorite quote is from Eugene Debs: “I have no country to fight for, my country is the Earth, and I am a citizen of the world.”