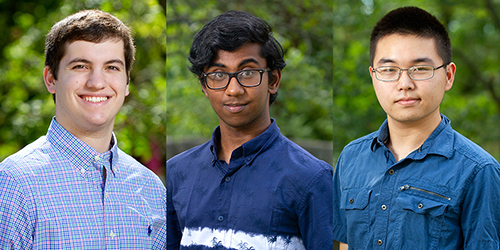 The 2019 candidates for the U.S. Presidential Scholar from The Gatton Academy are:

“These three students are remarkable representatives of the vast talent found across the Commonwealth of Kentucky.  They seek opportunities to challenge themselves and contribute to a variety of communities,” states Director of The Gatton Academy Dr. Lynette Breedlove.  “Kentucky’s commitment to providing educational opportunities for high ability students is to be applauded.”