The Gatton Academy Selects 96 Students for Class of 2021 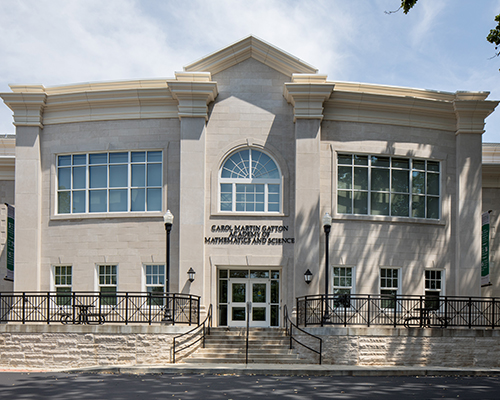 The Gatton Academy of Mathematics and Science in Kentucky has selected 96 Kentucky sophomores for the Class of 2021.

“We are very excited to welcome such a remarkable group of students to the Gatton Class of 2021! These students are coming from all across the Commonwealth to pursue their wide-ranging interests and engage in rigorous scholarship,” said Director of The Gatton Academy, Dr. Lynette Breedlove.  “Each year admissions decisions are difficult, as there are more exceptional students interested in STEM topics and advanced learning opportunities than we can serve. We appreciate the hard work in which public schools are engaging to find innovative ways to meet the needs of their students.”

The selected students scored an average composite of 31.66 on the ACT and 31.18 on the mathematics portion of the exam. The highest possible score is a 36.  Both of these scores represent the highest for an incoming class in the school’s history.

“I am thrilled that each one of the 96 students has agreed to be a part of our community for the next two years,” states Assistant Director for Admissions and Public Relations Zack Ryle.  “The ability to offer this opportunity to these 96 bright students, which brings The Gatton Academy to our funded capacity, is truly exciting.  I look forward to seeing each student grow in immeasurable ways over their next two years and beyond!”

“This year, we not only saw a high number of total applications started and completed, but we saw students from 85 counties start the application,” states Ryle.  “Our goal is always to represent the entire Commonwealth of Kentucky, and I can honestly say that we have never seen a pool of applicants as strong and diverse as the Class of 2021, which consequently has led to one of our strongest classes to date.”

“What a pleasure it is to welcome the 2021 class of The Gatton Academy,” stated Dr. Julia Roberts, Executive Director of The Gatton Academy and Mahurin Professor of Gifted Education.  “These young people represent Kentucky geographically as well as in other characteristics, carrying out the goal of The Gatton Academy to enable Kentucky’s exceptional young scientists and mathematicians to learn in an environment that offers advanced educational opportunities and develop as future leaders for the Commonwealth.”

Students will complete their junior and senior years of high school living in Florence Schneider Hall.  At the end of their two-year course of study, students will graduate from high school with a minimum of 60 college credit hours.

The Gatton Academy provides a rich living and learning environment designed specifically for academically talented adolescent students that features clubs, organizations and community service. Additionally, students are able to participate in advanced research with WKU faculty members. Research conducted during students’ time at The Gatton Academy has been honored in the nationally competitive Regeneron Science Talent Search, Barry M. Goldwater Scholarship and Excellence in Education Program, and Intel International Science and Engineering Fair. The majority of Gatton Academy students also participate in a study abroad or global learning experience in locations such as Costa Rica, Italy, Greece, England and China.

The Gatton Academy is Kentucky’s first state-supported, two-year residential program for high school students with interests in advanced science and math careers and is one of only 15 such programs in the nation. The Gatton Academy has been named to The Washington Post’s list of top-performing schools with elite students for nine consecutive years.

Students selected for The Gatton Academy’s Class of 2021: