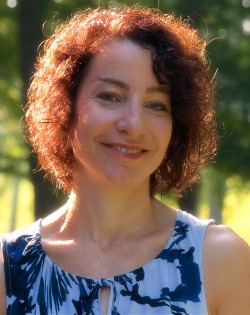 Professor Shura Pollatsek came to Western Kentucky from New York City, where she worked professionally as a costume designer and in many other aspects of costumes.  She designs professionally in theatre, dance, film and television.  In New York, she designed costumes for the Pearl Theatre, the Storm Theatre, HERE, and many others.  She did historical costumes for The Duel and Woodrow Wilson for PBS' The American Experience, and The Kingdom of David and Andrew Jackson, also for National PBS. Shura has also been assistant costume designer at the Metropolitan Opera, New York City Opera, and on the Broadway shows All Shook Up and Thoroughly Modern Millie.  She has worked making costumes for Papermill Playhouse, Colorado Shakespeare Festival, and for many productions in New York.  She has also been a guest artist at several colleges, and has worked in children's theatre.

Additionally, Shura is the author of the book Unbuttoned: The Art and Artists of Theatrical Costume Design (2017) published by Routledge, and of several articles for national publications, including Theatre Design & Technology, Dramatics and Teaching Theatre.  She is the winner of the Herbert Greggs Merit Award for the article From Hot Metal to Delicate Flowers in TD&T.

Shura holds an MFA in costume design from New York University and a B.A. from Wesleyan University in Connecticut.  She is a member of United Scenic Artists.  In addition to teaching, Shura designs and coordinates costumes, hair, and makeup for the departmental Mainstage productions, advises student designers, and helps supervise and execute the actual costumes. (Yes, she really does help sew!)

She hopes to bring out students' creativity and problem-solving skills, whether they continue in theatre or in other pursuits.