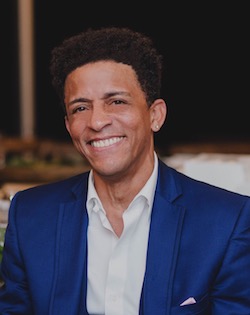 Roberto was born in Cuba where he received his training in ballet at the Professional School of Arts. After graduating he joined the Ballet of Camaguey under the direction of Fernando Alonso. In 1996 he was invited to join the Contemporary Ballet of Caracas as a principal dancer. As a professional dancer Roberto has appeared in many parts or the world, including Mexico, Jamaica, Venezuela, Italy, Israel, Yugoslavia (Sarajevo), Europe, and the Middle East. He also appeared as a guest artist with American Ballet Theater in 2001 in Don Quixote. Most recently Roberto danced with Kentucky Ballet Theater in Lexington, Ky. His repertory includes the leading male roles in Coppélia, La Fille Mal Gardée, Diana and Acteon, Le Corsaire, Don Quixote, Flame of Paris, Cavalier and Snow King in The Nutcracker, pas de trois in Swan Lake, Blue Bird in Sleeping Beauty, Carmina Burana, Carmen, A Midsummer Night’s Dream, Spring Waters pas de deux, Spartacus pas de deux, Conflicts pas de deux, Jonathan in Dracula, Cinderella, Fairy Doll pas de trois, the Scarecrow in The Wizard of Oz, Zuniga in Carmen, Raul in Phantom of the Opera, The Beast in Beauty and the Beast, and Captain Hook in Peter Pan. Roberto also has more than 20 years experience teaching ballet technique and partnering, he was on faculty of the Kentucky Ballet Theatre academy, and has been contracted as a guest teacher in Chicago, Florida, Kentucky, New York and Puerto Rico.