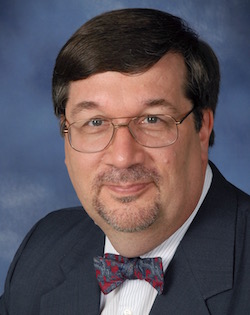 Ken serves as the organist/choirmaster at Christ Episcopal Church, Bowling Green.  Ken was born, raised, educated in New Jersey and has held posts as organist and/or choir director in churches in New Jersey, California, Indiana, Tennessee and Kentucky.  He graduated from Westminster Choir College with degrees in church music and organ performance, after having won the Alexander McCurdy competition in organ.  He has earned the Associate Certificate of the American Guild of Organists.  His involvement with the American Guild of Organists has included serving three terms as Dean for two different chapters.  He served as Chapter Liaison for the National Convention in 2012, held in Nashville, TN.  Between 1999-2001 he worked for the Milnar Organ Co. of Eagleville, TN.  He serves as the organ instructor for Western Kentucky University, Bowling Green, KY.  He has published a website featuring the pipe organs and churches of middle Tennessee, Southern Kentucky, and beyond: photographybystein.com.  He is married to Deborah Stein, an accomplished singer and choral director, and between them, they share a house, four daughters, two cats and two dogs.