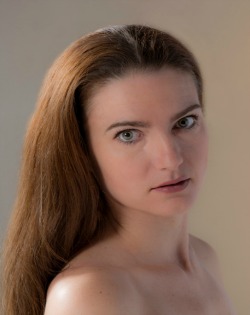 Anna grew up in Cincinnati, OH where she attended the city’s prestigious School for Creative and Performing Arts. She received her early ballet training under Mark Diamond, Sheila Cohen and Patricia Rozow. Anna graduated with her BFA from the University of Cincinnati’s College Conservatory of Music, where she studied under Yi Qi Chang, Carol Iwasaki, Oleg Sabline and Jiang Qi.

Anna has also attained featured roles in several classical and contemporary works. She has appeared as a guest dancer and teacher in Ponce, PR, Shamburg, IL, Owensboro, KY and Winchester, KY. As a choreographer, Anna created six original works for Kentucky Ballet Theater that were performed by the company in Lexington’s annual Ballet Under the Stars event.

Anna has served on the Faculty of the academy at Kentucky Ballet Theater and The Tallahassee Ballet. From 2004-2009 Anna, together with her husband, served as co-artistic director of Ballet Winchester in Winchester, KY, where she created several full-length original productions, as well as restaged classics such as Coppelia, Paquita and Napoli. Anna holds a Master of Fine Arts in Dance and Choreography from Florida State University.