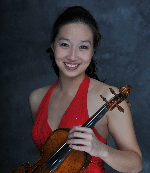 Dr. Ching-Yi Lin is Assistant Professor of Violin and Director of the WKU Pre-College Strings Program at Western Kentucky University. Recent performances and masterclasses have taken her to the Barratt Due Institute of Music in Norway, Shenyang and Xi'an Conservatories in China, Northwestern University, University of British Columbia, Louisiana State University, and University of North Texas. During the summer months, Lin serves on the faculty at the Indiana University Summer String Academy, String Explosion (WKU), and has also served on the faculty of the Sommersymfonien i Kristiansand in Norway. In 2013, Lin was presented with the prestigious Jefferson Award for Public Service in Washington, D.C., recognizing her work in bringing music into the lives of young people throughout her community.

Lin was appointed Associate Instructor of Violin at Indiana University in 2008 while also working as a teaching assistant to Professor Mauricio Fuks. At the pre-college level, she has taught as an instructor for the IU String Academy, working closely with her mentors Professor Mimi Zweig and Dr. Brenda Brenner. In 2008-2009, Lin acted as co-researcher, violin instructor, and piano accompanist for the Fairview Project – a research project designed to assess how underprivileged children can benefit academically and socially from learning the violin.

In addition to performing and teaching students of all ages, Lin also has a true passion for mentoring young pedagogues. Her dissertation topic, "An Undergraduate Pedagogy Curriculum for Teaching Beginning Violin Students," was chosen primarily due to her strong desire to train aspiring teachers. She is actively engaged in presenting seminars at various conferences such as the American String Teacher's Association National conference, the Kentucky and Tennessee Music Educator's Association conferences.

Lin earned her BM, MM, and DM in Violin Performance at the Indiana University Jacobs School of Music, and studied in the Vienna Conservatory from 2001–2003. Her principal teachers include Mauricio Fuks, Boris Kuschnir, Fredell Lack, and Nelli Shkolnikova. She plays on a violin made in 1863 by Jean-Baptiste Vuillaume. 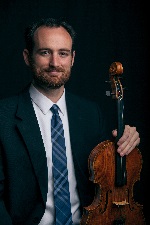 Violist Andrew Braddock is currently on the faculty of Western Kentucky University (WKU) and the WKU Pre-College Strings Program.  He teaches viola at the university and maintains a full pre-college studio of young violinists and violists. Andrew has given masterclasses throughout the United States and abroad, at institutions such as the Xi’an Conservatory (China), the Da’an School (Taiwan), the Indiana University Summer String Academy, and Oklahoma University. He has presented pedagogy sessions at the Kentucky and Tennessee Music Educators Association conferences (KMEA and TMEA). Andy serves as the Editor of the Journal of the American Viola Society. In addition to his many recital performances in the Kentucky area, Andrew has performed in Israel, Austria, Indiana and Colorado.  He currently serves as the principal violist of the Paducah Symphony Orchestra, and he has been as a member of the Evansville Philharmonic and Owensboro Symphony Orchestras. Andrew studied violin and viola pedagogy with Mimi Zweig at Indiana University and has taught in the IU String Academy. He is in the process of completing a Doctorate of Musical Arts at the University of Kentucky. He holds a Masters in Viola performance from Indiana University, under the tutelage of Atar Arad, and a Bachelors of Music (summa cum laude) from Vanderbilt University, where he was awarded the Jean Keller Heard Prize for Excellence in string performance.  His principal teachers are Atar Arad, Kathryn Plummer, and John Graham. Visit andybraddock.com for media and other information. 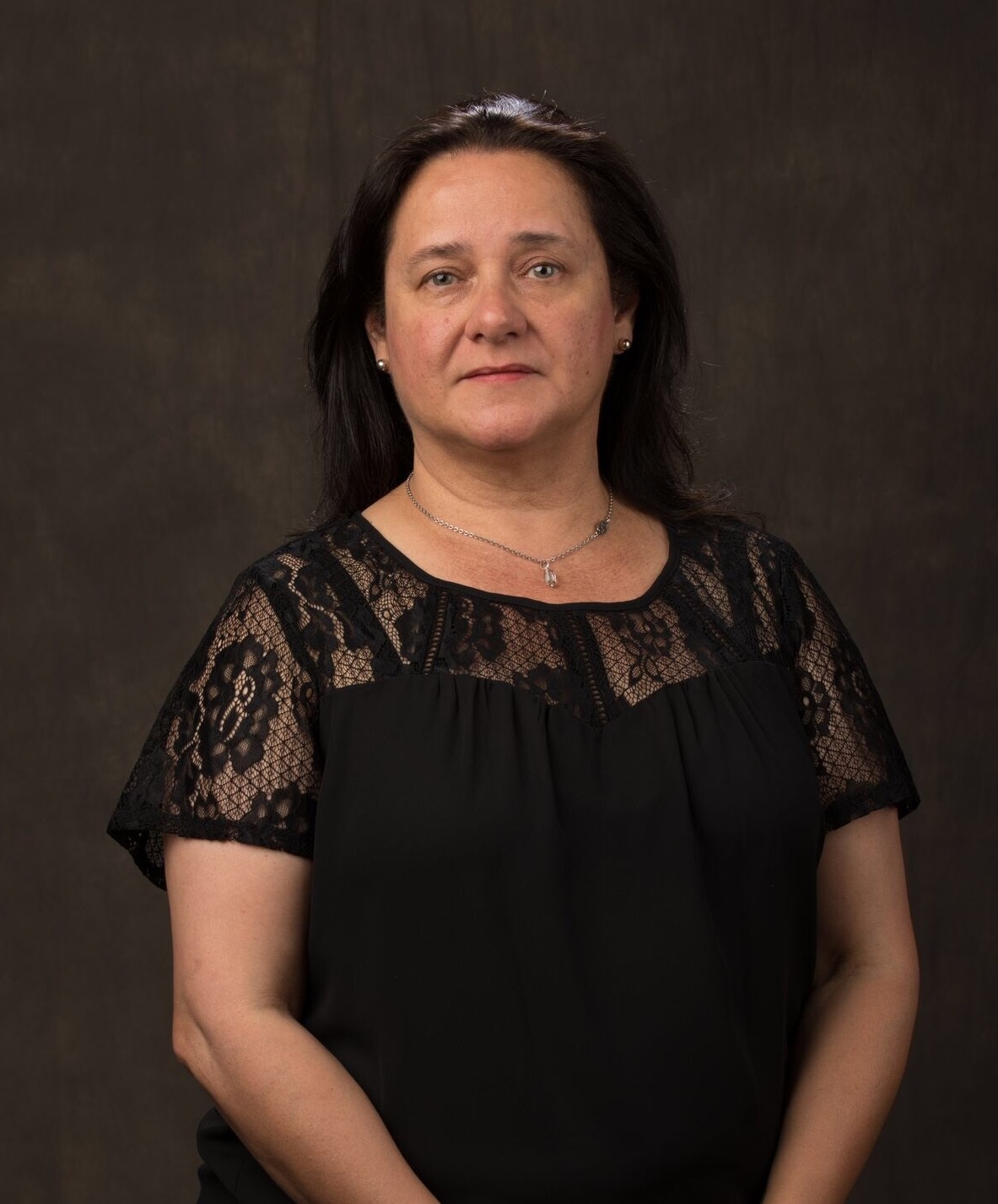 Marcela Joachimstaler came to Kentucky from San Miguel de Allende, Mexico in December of 2010. She has been the primary private and group violin teacher since 2013 at The Guitar Academy in Bowling Green, KY. She began her music studies as a piano player and later on violin and music education. She performed in different music ensembles all over Mexico as well as on national radio and TV. She taught in different elementary schools and music schools in San Miguel de Allende and in Mexico City. In 2000 she started her Suzuki training with teachers from the Suzuki Association of the Americas and she has been teaching with this method ever since, from Early Childhood Education to Violin Book 3. She has taught children as young as 9 months old to adults over 60. Marcela is fluent in Spanish and English and has intervene as a translator even at Suzuki training classes. She is currently enjoying teaching Suzuki violin to students starting at 2 years old, and is excited to be part of the music community in Bowling Green. 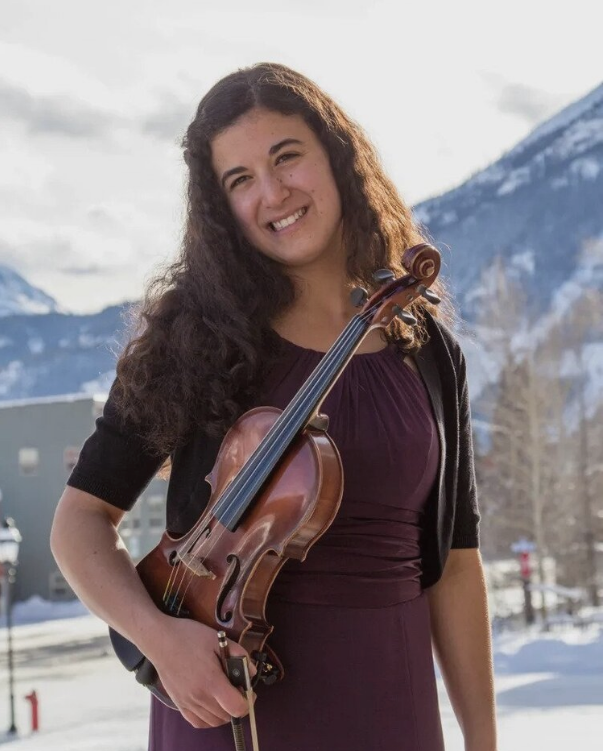 Rebekah Soued is completing her master’s degree in Violin Pedagogy at Western Kentucky University under Dr. Ching-Yi Lin. In addition, she finds great joy in teaching private students through WKU’s Pre-College Strings Program. She received her Bachelor of Arts degree in Violin Performance from Fort Lewis College, studying with Drs. Brent Williams and Brandon Christensen. She also holds a Professional Certificate in General Music Studies from the Berklee College of Music.

Rebekah has taught elementary orchestra through the Be Frank Foundation in Durango, Colorado—a nonprofit organization that brings orchestral programs to all the elementary schools in the area. Because she believes that both listening to music and playing it can change people’s lives, she would like to ensure that those around her have access to it, and she is a strong advocate of outreach programs for underserved people and areas. 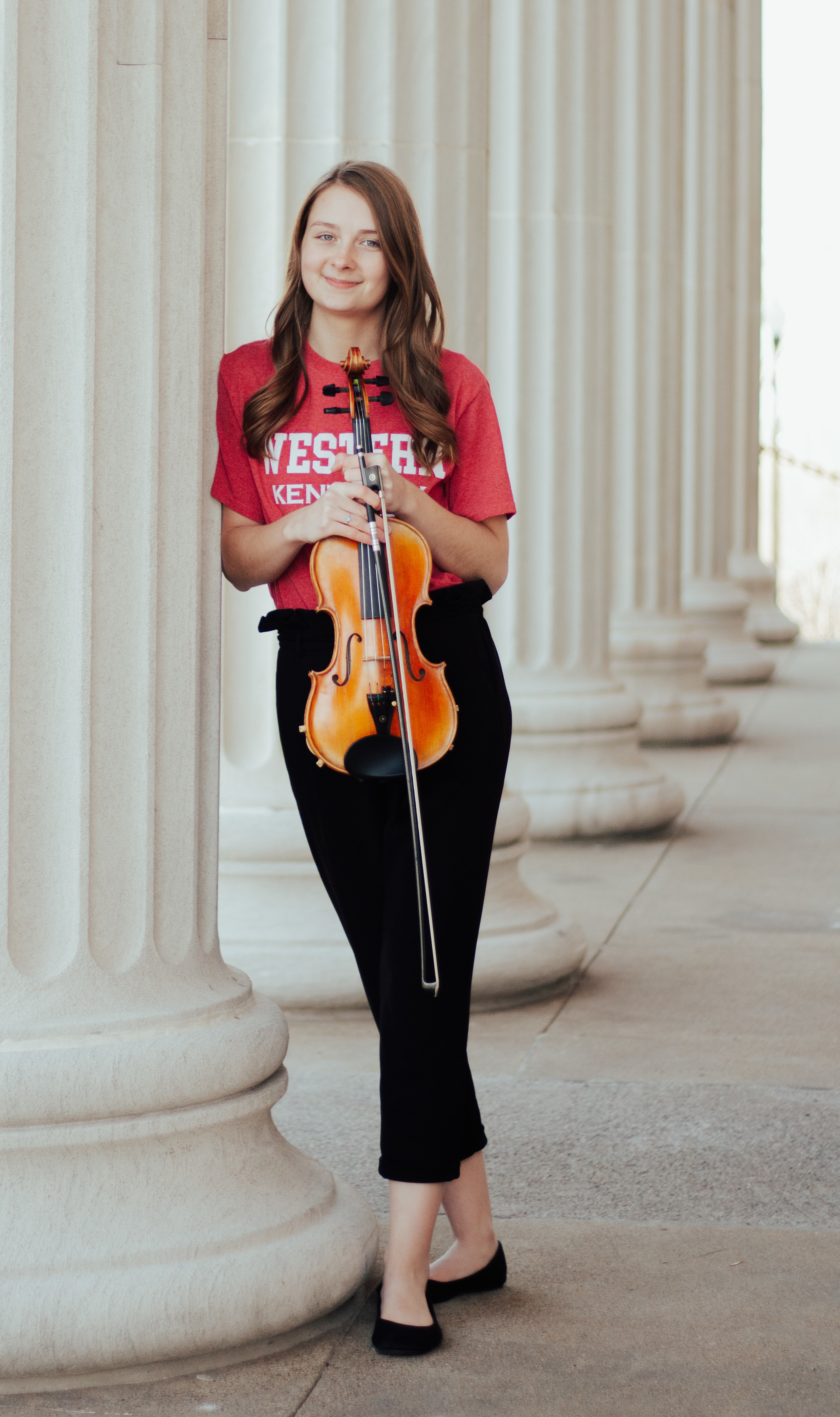 Emily Chambers is a member of the American String Teacher Association, and National Association for Music Educators. She currently serves as a teacher assistant and piano accompanist for the Western Kentucky University Pre-College Strings Program. She is determined, hardworking, and passionate about teaching music. Emily takes every opportunity available to advance her teaching skills, notably through volunteer programs such as the Bridging Cultures Through Music program for English as Second Language students in Bowling Green, Kentucky. Emily Chambers is currently a Music Education major at Western Kentucky University.