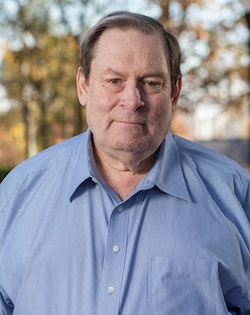 Civil War'social, political, and military history, with a particular focus on Abraham Lincoln; Ulysses S. Grant; Robert E. Lee, Gettysburg; slavery and antislavery; Southern cultural history; and the legacy of the American Revolution in the nineteenth century. My current research is focused around Lincoln and Grant for my next book, which will be published during the coming sesquicentennial of the Civil War. The book will examine the relationship between the Union's commander-in-chief and his general-in-chief and will explore the dimensions of their working partnership that led the Union so conclusively to victory over the Confederacy. The book will also take a look at the historiographical debates over whether the Civil War was a total war, how the two men used plain and straightforward language to express themselves, and how their roots in the West (the modern Midwest) influenced their words and deeds. For the Lincoln bicentennial, I will be delivering scholar papers on the sixteenth president at two major symposiums, one at Brown University and the other in Springfield, Illinois.  I am also writing an article and a short biography Union General Manning Ferguson Force, a Medal of Honor winner from Ohio. I also serve as the Director of the Center for the Study of the Civil War in the West. The mission of the Center is to establish Western Kentucky University as the world's premier institution for research, teaching, and public dialogue on the history, culture, and contemporary implications of how the Civil War was experienced by Americans living west of the Appalachian Mountains. The Center, which is currently under development, will emphasize the interdisciplinary investigation and documentation of the Civil War in the West as a culturally, historically, geographically, and demographically complex field of study. The Center will also promote research on all aspects of the war in the western theater by supporting the work of its faculty, staff, students, and visiting scholars. It will offer to the public, as well as to the academic community, opportunities for increasing knowledge of the Civil War in the West (and particularly in Kentucky) through conferences, lectures, credit courses, publications, tours, and archival access. Details about the Center and its programs may be found at its website, http://www.wku.edu/civilwarcenter.

Old South, Age of Jackson, Antebellum America, The Rise and Fall of the Confederacy, The Civil War and Reconstruction, U.S. History to 1865.