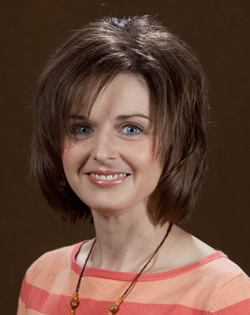 English 300 Writing in the Disciplines

Having decided at an early age that teaching would be my chosen career, I worked very hard all through high school and attended WKU on an academic scholarship.  After flip-flopping my major and minor several times, I graduated in 1998 with a major in Mathematics and a minor in English, with certification to teach both in high school.

I was hired by Barren County High School in 1999 to teach both subjects, but as the schedule worked out, I was only needed as an English teacher.  This was quite a change from the math teaching I had completed as a student teacher, but I realized that I loved teaching English!  Because of this, I returned to WKU to work on my Masters of Arts degree in English and earned it in December of 2002.  I continued teaching junior and senior English for BCHS until 2005, when I quit teaching full-time to care for my newborn son.

I had already began teaching English part-time for WKU-Glasgow in Fall 2003, and I continued this even after I no longer taught at BCHS. In the fall of 2013, I helped open the first-ever Writing Center on the WKU-Glasgow campus.  As the Coordinator of the WC, I hire, train, and oversee the student tutors of the Writing Center to make sure all student writers gain their maximum potential.  WKU-Glasgow is a good fit for me: I love the students and the location.