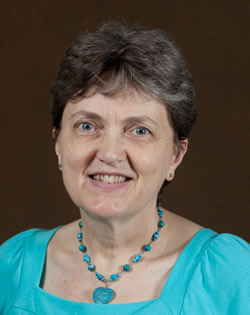 A Guest on Earth: The Life and Poetry of Joy Bale Boone, 1997-1999 Kentucky Poet Laureate published by Jesse Stuart Foundation in 2012.

Loretta Martin Murrey earned a Ph.D. in English with an emphasis in Southern American literature from the University of Kentucky in 1991.  She has held faculty positions at Somerset Community College in Somerset, Kentucky; Lincoln Memorial University in Harrogate, Tennessee (where she also taught in both the extended campus program at Brushy Mountain Prison in Petros, Tennessee, and the summer exchange program for Kanto Girls' School in Tokyo); the University of Kentucky in Lexington; and Kentucky State University in Frankfort.

A founding member of the Rain Stick Poetry Group since 1995, she has participated in many poetry readings and has conducted two poetry workshops for elementary students.

She co-produced and researched the documentary A Woman Named Joy with Jerry Barnaby, WKYU-TV Productions, in 1997. It aired on Kentucky Educational Television and WKYU Educational Television and was presented at the Popular Culture Association in the South and American Culture Association in the South, the Kentucky-Tennessee Border States chapter of the American Studies Association, and the 20th Century Literature Conference.

She has edited 23 issues of the oral history publication Broomsedge Chronicles, based on interviews conducted by students, with all issues indexed and located in the WKU Kentucky Museum, the WKU-Glasgow library, and the Museum of the Barrens in Glasgow. She currently writes a weekly oral history column for The Glasgow Daily Times.

She has served as director of the WKU-Glasgow Writing Center, coordinator of the Lincoln Memorial University Basic Studies Lab, and assistant supervisor for the Somerset Community College Learning Lab. At LMU she was faculty advisor for the International Student Union and for the student newspaper, The Blue and the Gray, and editor of Writings from Within, essays by Brushy Mountain Prison inmates.