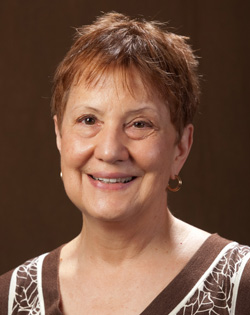 Articles from current research on playwright, novelist, and critic Elizabeth Inchbald include “’The Idol Will be Broken’: Necessitarianism and Gender in Inchbald’s Nature and Art,” New Perspectives on the Eighteenth Century (Spring 2011) and “Balloon and Seraglio: Burkean Anti-Imperialism in Elizabeth Inchbald’s The Mogul Tale,” Restoration and Eighteenth-Century Theatre Research (Spring 2011).

After earning her Ph. D. at Georgia State University in 1983, Katherine Green spent several years as a full-time instructor at Auburn University. A couple of seminars (NEH and Folger) and a summer at the School of Criticism later, she published The Courtship Novel (1740-1820) in 1991 and came to WKU in 1992. One of her first committee tasks as a new faculty member was to write a proposal for the fledgling Women’s Studies Program, for which she would later teach Honors Womn 200 (Intro) and Womn 400 (Western Feminist Thought). In addition to teaching a range of English courses, including Eng 486 (Eighteenth-Century Literature) and Intro to English Studies, she served as primary academic advisor for the English Department from 2005-2010, and currently advises literature majors and English minors.

“I am committed to the student-centered, discussion-intensive format that is typical of feminist pedagogy. I want to encourage the understanding that in the classroom—whether f2f or virtual--our work is collaborative, that we are all learners.”

“As a feminist teaching the literary classics, the canon, the old stuff, I am fascinated by how our literature has shaped Western culture, and yet, as you might imagine, my approach to canonical literature is somewhat conflicted. On the one hand, I delight in the imagery and rhetoric of Pope’s Rape of the Lock; on the other, when I think of its gender, class, and imperialist implications, I want to interrogate the elitist and misogynist ideology on which his satire is based. I encourage students to search out and to question the ideological implications of all the works we study.”