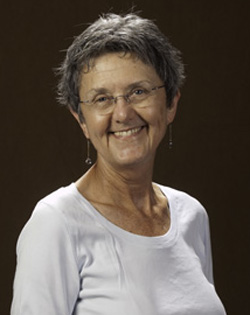 After completing my doctorate at Indiana University, I came to WKU in 1992 and taught a wide variety of courses including English General Education classes, Brit Lit II, Women's Fiction, Speculative Fiction, and the Modern British Novel. Eventually, my colleague Ted Hovet and I created the Film Studies minor, for which I developed and taught Film Genres and Film Adaptation.  I became interim head of the department in 2002 and Department Head the next year, a position I held until my retirement to Colorado in 2012.  My proudest accomplishments during my years at WKU include publishing my book on British women's fiction of World War II, winning the Potter College and University Teaching Awards, supporting curricular revision and development throughout the department, and perhaps above all, mentoring students and faculty.  I enjoyed working with an exceptional dean, David Lee, and with exceptional faculty throughout my career.  I still miss them all—and my students—very much.