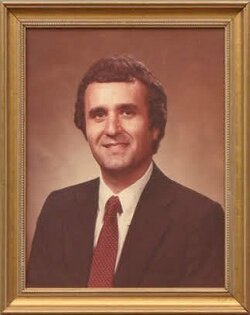 After receiving undergraduate and master’s degrees in English from Western Kentucky University, Jim Flynn went on to Auburn University for his Ph.D. and joined the English Department at WKU in 1972 with a special interest in medieval literature, especially anything concerning Chaucer, whose works he taught to several generations of students. Jim was always looking for chances to grow--up for any new challenge. For instance, he was awarded four NEH Summer Fellowships to study his specialties at Princeton University, Indiana University, the University of Connecticut, and the University of Colorado. He led many study-abroad student trips to England, Ireland, Scotland, and Italy. He also held several administrative and campus leadership roles, including head of the English Department from 1979 to 1984, interim head of the Art Department (twice), assistant to the Provost, chair of the Academic Council, interim dean of the University College, and interim chief international officer. Jim chaired the Kentucky Association of Departments of English and was awarded the University Public Service Award in 1984. He co-authored a writing handbook with his colleague Dr. Joe Glaser and presented and published articles on a range of professional topics. He also teamed with Dr. Arvin Vos, Department of Philosophy and Religion at WKU, to offer NEH summer seminars for high school teachers interested in Dante. Jim retired in 2012, closing his career as one of Western’s most versatile and valued academic leaders.