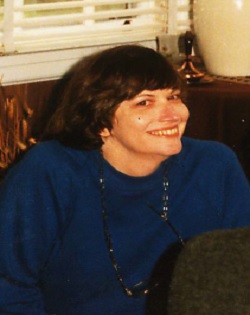 Charmaine began her career at WKU in 1969 as Charmaine Allmon, one of the largest number (9) ever hired to teach in the WKU English department in a single year.  Others hired that year were Margaret Bruner, Nancy Davis, Joe Glaser, Ben Jones, Russell Moore, Jonnell Rowland, Walker Rutledge, and Bob Ward. Charmaine taught in the WKU English department for 38 years, full time until 2003, and part time (as an optional retiree) until 2008.  She specialized in teaching American Literature/Southern Literature.

Charmaine married Bill Mosby in 1978, and enjoyed 31 years of a wonderful marriage until Bill’s death in 2009.  She and Bill were the number one supporters of the Bowling Green-Warren County Humane Society No Kill Shelter and were devoted to their pets.

A long-time friend and colleague said of Charmaine:  “She was a writer of long and thoughtful letters, raconteur, devoted teacher, Christian.” She was a loved member of Community Church of Christ.  One of the English department office associates said:  “Dr. Mosby was a wonderful advisor and friend.  She always had thoughtful conversation and laughs for everyone.”  One of Charmaine’s students said, “Thank you, Dr. Mosby, for seeing the potential in a less than average young man who entered your Survey of American Lit. class and left it with a whole new appreciation for the written word.  In short, your caring and genuine concern for each student made my time at WKU one of the most transformative in my life.  I will treasure your memory.”