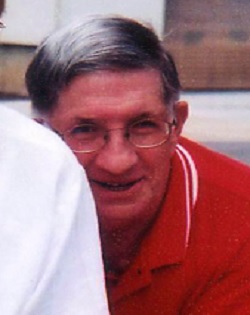 Bob Ward came to WKU in 1969 after finishing his PhD at the University of Iowa with a concentration in 18th century literature.  His major academic interests were the works of Jonathan Swift and John Milton.  His interest in Jonathan Swift led him to pursue scholarship in wider areas of Anglo-Irish studies. These included Anglo-Irish history and politics, particularly that of the Catholic community. Bob and Katie collaborated on a collection of the 450 letters of Charles O'Conor (1710-1791). O'Conor was a pivotal figure in what is called The Hidden Ireland, that is the history of Catholic community under the Penal Laws.  O'Conor's activities were wide ranging and undercover, since many were illegal He worked to preserve Ireland's past by collecting, preserving, and publishing ancient Irish manuscripts, including the Annals of the Four Masters. He also provided materials to Protestant scholars in an effort to promote a scholarly and unbiased history of Ireland, and he secretly led a group of political activists working to ease the restrictions of the Penal Laws.

As a result of Bob's study of the works of  Jonathan Swift, he became interested in printing history and the book trade. There were no copyright laws at the time, and many of Swift's works were pirated. Besides publishing four books and speaking at numerous conferences,  Bob was the book review editor of EIRE-IRELAND.  He was also was thrilled to be invited to speak at the Sixth International Congress on the Enlightenment in Brussels,  the Anglo-Irish Literature meeting in Belfast, during the midst of The Troubles, and at the International Irish Studies meeting in Hungary, just at the Iron Curtain was coming down throughout Europe. Those were exciting times for him.  After Bob retired in 1993 he published AN ENCYCLOPEDIA OF IRISH SCHOOLS, 1500-1800. Thus ended his scholarly career.

Over the past ten years Bob has suffered a slow mental decline. In January 2014, his physical and mental abilities took a significant hit when he had a series of strokes The strokes were wide spread and affected his mobility and his ability to process language. So he could no longer read or watch TV.  Luckily he had an excellent attendant, Donna.  Donna took Bob to lunch and out around town five days a week.  His optimism and personality remained the same until his passing in March 2016, and many times a day he would say, "I am so blessed."  How's that for a positive outlook. Dr. Ward is greatly missed by the English Department and the WKU community as a whole.