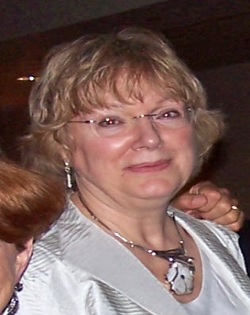 Dr. Elizabeth Oakes (Ph.D.,Vanderbilt University) taught Shakespeare and Women's Poetry for 21 years before retiring in 2008. During that time she published critical articles on Shakespeare and on poetry, as well as her own poetry. She and Jane Olmsted co-founded and co-edited the Kentucky Feminist Writers Series, which published three volumes between 1999 and 2006 and won both a university award and a state award for excellence. Her first volume of poems, The Farmgirl Poems, won the 2004 Pearl Poetry Prize and was followed by The Luminescence of All Things Emily, a series of poems about Dickinson and her friends and family. After retiring, she published two more books of poetry, Mercy in the New World and Leave Here Knowing, as well as a book for Kindle, Solace: Readings for Transforming Childhood Trauma. She and her husband, John, an artist, moved to Sedona, Az, in 2012 and were active in the literary and art scene there. She became interested in the ancient petroglyphs which abound in the area, especially those that relate to the lives of women. She passed away December 30, 2017, surrounded by loved ones.