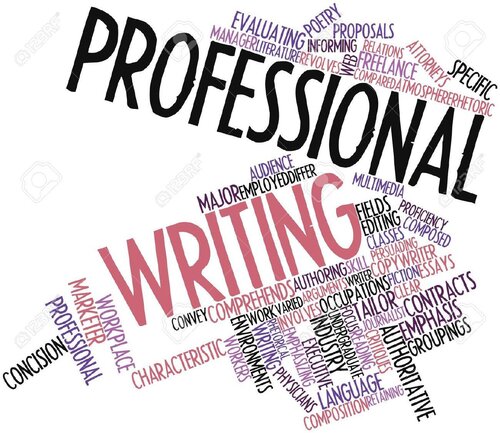 The Alumni Panel speakers showcased an eclectic range of postgraduate opportunities available to graduates with an English, Bachelor of Arts degree. Panelists specifically addressed the doors opened for graduates coming from a Professional Writing concentration. The four guest speakers who attended the September 8 Alumni Panel were, Max Chambers, a May 2021 WKU Graduate with a Professional Writing major and a Journalism minor. Chambers works as a copy editor for Synchrogenix in Nashville, Tenn. Joining Chambers was Emily Falica, a May 2020 WKU graduate who majored in Asian Religions while holding a double minor in Professional Wiring and Political Science. Falica works as an English as a Second Language (ESL) teacher in South Korea. Aubrey Kelley, also a May 2020 graduate, had a double major at WKU - Professional Writing and Political Science. Kelley is currently enrolled at New York’s Columbia Law School, one of the most prestigious law schools in America. The final panelist participating in the September 8 Alumni Panel was Hunter Knapp. Knapp is a social worker who is pursuing her Master of Social Work degree from the University of Louisville.

The first topic presented to the panel was how their time at WKU prepared them to enter the job market or for postgraduate education. Hunter Knapp responded to this question saying, “It really prepared me to just work with other people that are different - that have different backgrounds, that are from different cultures, religions - all those things. I feel like WKU is so diverse in the student population and the staff population that I’m able to collaborate with others very well, and, in my job as a social worker, that’s really important.” All the panelists emphasized the importance of creating a professional resume and how this aspect of Dr. Jones’ Professional Writing Capstone class prepared them for entering their post-WKU lives. Aubrey Kelley spoke about the importance of learning to write correctly. “Like others were saying, you learn so much - how to edit a resume and cover letter - you just get really good at writing, and you get really good at paying attention to details. […] While I was applying to law school, I think that helped meet me while I was preparing my application materials. And, then, just being in law school, in general, being a Professional Writing major has helped me in starting classes in Legal Writing, the attention to detail. I’ve really found been a Professional Writing major has really helped me in that class.” All four panelists agreed with Kelley, noting that Professional Writing helped ease their transition from WKU into the job market.

This panel not only discussed what they learned at WKU but also what they wish they would have paid more attention to as an undergrad. Dr. Jones asked the panel if there was something they regretted not doing at WKU. All four panelists had at least one regret, the majority of which boiled down to, “I wish I would have paid more attention.” Falica answered this question, “Almost every PW (Professional Writing) class, I wish I’d have taken more seriously, but I’m glad that I still did take them seriously - to a certain extent. Because every month, I have to write about 82 business memos - one for each of my students - explaining what we’re learning in class. Knapp’s regrets weren’t just about taking classes more seriously. She also wishes that she would have realized how precious and fleeting her time at WKU was. Knapp commented on the importance of living in the moment at WKU, saying, “A take-home message I would probably give to you all is - don’t take anything for granted. I learned very quickly over last summer how I took for granted being at Western, being in college, being in person.

Each panelist left Dr. Jones’ class with words of encouragement. Many chose to focus on how their time at WKU continues to help them in their postgraduate path. Chambers said what they’d learned at WKU has been invaluable in their chosen career. “Basically, what I do all day is client projects. […] Doing client projects in this class and doing client projects in the editing and publishing classes, which you should all take no matter what you want to do with your English degree. It really helped me kind of learn how to translate what a client wants into what I can do, and what I think kind of works for their circumstances. I would definitely say the resume building from this class was hugely important for me. Like when I took this job I literally just tweaked […] the introduction.” Perhaps Kelley gave the best advice telling students to believe in themselves. “WKU students are some of the smartest, most hard-working, intelligent, and resilient people I’ve ever met in my entire life. And everyone here is so special and deserving of any success that comes at you in this world. So, when you deal with this imposter syndrome that’s inevitably going to creep up, because I know everyone is going to be successful, and some of us, we all face different insecurities and battles in life. Just fight it and tell yourself, ‘This is not reality. The reality is I’m here. The reality is I’m being successful here and I’m smart enough to be here.’ Just fight that and just embrace that you are super talented and capable of whatever you're going to put your mind to.”

Dr. Jones credits alumni such as Chambers, Falica, Kelley, and Knapp for making the Professional Writing program a success, saying, “ Our alumni continue to give to us and to help guide the next generation into what comes next for you all, and I think we’ve had a wonderful example of that with everybody here today. So, once again, thank you very much.”  If you’d like to attend a Professional Writing Club meeting, the next meetings will be on October 5 and November 2. Both will take place at 4:30 pm. Dr. Jones Professional Writing Capstone class will also be hosting three more Alumni Panels this semester. Those will take place on October 15, November 3, and November 10. Guest Speakers for those panels have yet to be announced.