Congratulations to our 2019-2020 Graduates and Awardees in Folk Studies and Anthropology! | Western Kentucky University Skip to main content 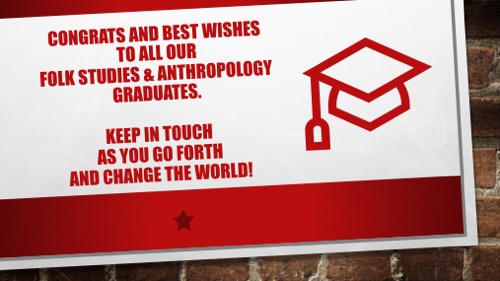