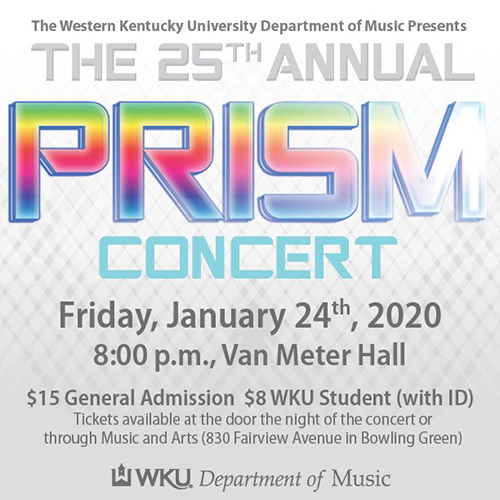 Tickets are $15 general admission and $8 for WKU students (with ID). Tickets will be available at the door or in advance at Music & Arts, 830 Fairview Ave., Bowling Green.

Dr. John Carmichael, former WKU Director of Bands and founder of the PRISM Concert, will be guest conducting the WKU Wind Ensemble on the 25th anniversary program. Dr. Carmichael and the Wind Ensemble will open the concert with Benjamin Yeo’s new work, Silver Light.

WKU alumnus Brandon Jones, Euphonium player with the U.S. Air Force Band in Washington, D.C., will be featured on the program.