YAMATO, the Drummers of Japan, Bring New Show THE CHALLENGERS to Bowling Green 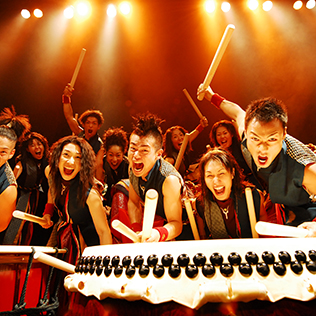 YAMATO, the Drummers of Japan, Bring New Show THE CHALLENGERS to Bowling Green on 30-City Tour

“It was simply captivating. The incredible talent and sheer enjoyment of what they do was plain to see.”

JANUARY 3, 2018 (Bowling Green, KY) – This winter, YAMATO: The Drummers of Japan bring their “genuinely theatrical experience” (Times) to the United States for a 30-city tour of THE CHALLENGERS. The US appearances – from January 18-March 19, 2018 – are part of their 2017-2018 world tour celebrating the Taiko troupe’s 25th anniversary. Stops in the US range from colleges and universities to large performing arts venues, spanning the entire nation from Maine to California.

Employing pin-point precision, ferocious skill, and high-energy creativity, this very modern troupe of young male and female musician-athletes creates for the audience an unforgettable spectacle. The group of a dozen-plus players start their performance by hitting a Japanese Taiko drum weighing half a ton, made from a single piece of wood from a tree that has aged more than 400 years. They move their whole bodies to strike the drum, creating a powerful surge of energy. YAMATO’s live performances are full of intensity and exhibit great originality and innovation through this traditional Japanese musical instrument, with the belief that the drumbeat, like the heartbeat, is the very pulse of life, and the epitome of the Japanese spirit. YAMATO artistic director Masa Ogawa says, “Taiko’s rich reverberations have filled people with inspiration and encouragement in a wide range of settings. We are committed to preserving its traditions and exploring new possibilities for this majestic instrument.”

The Challengers, or “Chousensha” is a new program created by YAMATO meant to challenge the possibilities of Taiko drumming. The Challengers is created to reflect the members’ own lives and their experiences of challenging their own limits. “Most of all,” writes Masa Ogawa, “The Challengers offers an anthem for encouragement to all who face their own challenges.”

YAMATO teamed up with international fashion designer Kansai Yamamoto to create costumes for “Choushensha.” YAMATO was inspired by Yamamoto’s “limitless spirit of challenge,” notes Ogawa. By wearing his designs, “we are able to refine our spirit even further and stimulate our challenging spirit.”

tradition. Notably, YAMATO broke from Taiko’s long-standing patriarchy and has always included women in the troupe. And while the members train rigorously, beginning each day with a 10km run and weight training, Yamato imbues each performance with joy and a sense of fun, breaking from the stereotypical stoicism associated with this ancient art form.

Founded in 1993 in Japan’s Nara Prefecture and presently based in Asuka Village, said to be the birthplace of Japanese culture, YAMATO travels all over the word with Japan’s traditional Taiko drums, putting its very souls into the unusual instruments, whose sound stirs the hearts of people everywhere. Over the past 10 years, the troupe has performed in 51 countries and regions, giving 3,500 performances for nearly half a million people. They travel with about 40 Taiko drums, ranging in size from 10kg to 400kg. The troupe lives within the Village and engages in daily strength training, instrument practice, and program rehearsal. Always evolving the potential while respecting the tradition, YAMATO is a modern and relevant ambassador for Taiko drumming and for the Japanese culture from which it derives.

YAMATO will play at Van Meter Hall on Friday, February 2nd, 2018, at 7:30 p.m. CST. Doors open at 6:30 p.m. CST. There is general seating and free admission. Limited disability parking is available next to Van Meter Hall and in Potter Lot. For more information, please visit https://www.wku.edu/culturalenhancement/season.php.

Any media request must be submitted to cultural.enhancement@wku.edu no later than Jan. 19, 2018.

Students: A New Academic Year on the Hill

A New Academic Year on the Hill