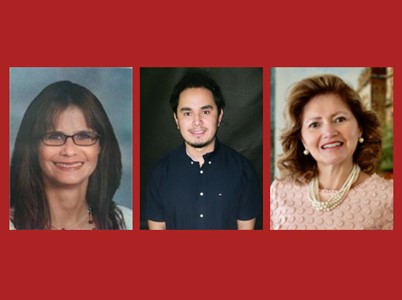 On Thursday, April 14, WKU Modern Languages hosted a session with three native Spanish speakers—Florence Laramore, Annette Garcia, and Franklin Serrano—on why heritage speakers and Spanish majors should consider becoming Spanish educators at the K-12 level. Each teacher had their own reasons for entering the profession and their own personal anecdotes, however, they all agreed on one thing: Teaching is a field where a professional can make a big difference in students’ lives while earning a living at the same time.

Florence Laramore, who teaches at South Warren High School, earned her B.A. at Western Kentucky University. She spoke about how she got started in education, which was not originally her intent. When she graduated from WKU, she earned degrees in both Spanish and marketing, but decided that although business would be a more lucrative career, she would have a stronger impact in education. Throughout her time at South Warren, she has planned trips abroad to Costa Rica, Peru, and Spain to make sure that students gain an international perspective. She is a member of the American Council on the Teaching of Foreign Languages (ACTFL) and the American Association of Teachers of Spanish and Portuguese (AATSP). According to Laramore, she wants students “to know that there is more than just Bowling Green, KY.”

Annette Garcia, a native of Puerto Rico, originally studied biology, but enrolled in a child development class because her friends were taking that course. This decision changed her academic path, and she realized that she is an educator at heart. Currently, she works at Warren Central High School as a Spanish teacher. She explains that teaching her own language to students has been rewarding and that students should consider pursuing teaching for world languages.

Franklin Serrano teaches Spanish for non-natives and heritage speakers at Greenwood High School. As a senior in high school, he served as a volunteer in an ESL classroom When he received a “thank you” and cards from the students, he knew that he had made a difference and wanted to continue this path for life. So, he came to WKU and earned his B.A. in Spanish.

Through this event, prospective and current students learned about the importance of pairing Spanish with education. Combining the two can leave a lifelong impact on others and help you contribute to the community. If you are interested in learning more about initial teacher education pathways in Spanish, Chinese, or Arabic, reach out to modern.languages@wku.edu.