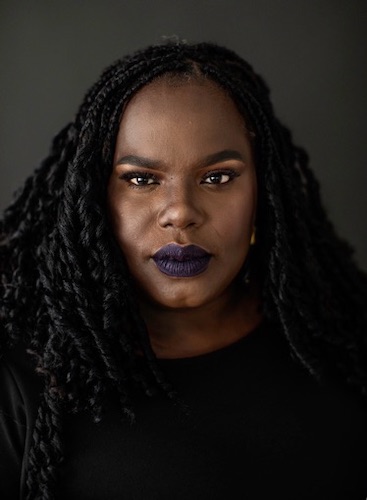 Author, poet, speaker and activist Hannah L. Drake will be performing her spoken word poetry at 3 p.m. Tuesday (April 5) in the Jody Richards Hall Auditorium. This event is free for all WKU students, faculty, staff and administration.

Drake, who lives in Louisville, Kentucky, is known for her commentary on politics, feminism and race. Her work has been featured online at Cosmopolitan, The Bitter Southerner, The Lily, Harper’s Bazaar, and Revolt TV. Her writing has also caught the attention of First Lady Michelle Obama, civil rights activist and former San Francisco 49ers quarterback Colin Kaepernick, and director, producer and writer Ava DuVernay.

Drake was selected by the Muhammad Ali Center to be a Daughter of Greatness, an honor given to prominent women engaged in social philanthropy, activism and pursuits of justice. She was also selected as one of the Best of the Best in Louisville for her poem, “Spaces,” and was recently honored as a Kentucky Colonel, the highest title of honor bestowed by the Kentucky Governor recognizing an individual’s noteworthy accomplishments and outstanding service to community, state and nation.

In 2021, the New York Times reported on Drake’s (Un)Known Project. After a visit to the National Memorial for Peace and Justice in Montgomery, Alabama, she created the project after seeing that eight victims of lynching in Kentucky were identified as “unknown.” The project serves as a memorial for the known and unknown stories of enslaved Black people in Louisville and beyond.

“We are very excited to bring Hannah Drake to our campus to share with students, faculty, and community members. Her work speaks to the most critical social justice issues of our time,” says Dr. Donielle Lovell, Diversity & Community Studies and Citizenship & Social Justice Program Coordinator. “She presents in such a way that each time you experience her work, you take away something different.  We hope that our community will welcome Ms. Drake and come to her performance, which I am sure will not only inspire, but leave us with many moments of critical self-reflection.”