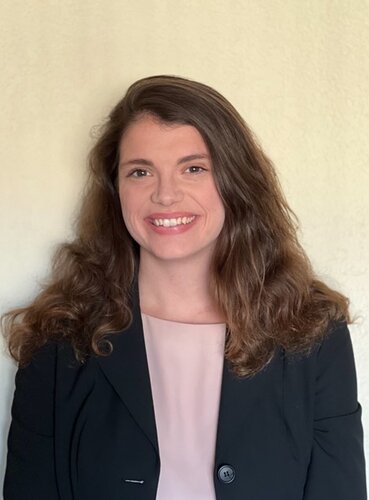 The Ralph J. Bunche International Affairs Center at Howard University is proud to announce that Keightley Dudgeon was awarded a 2022 Charles B. Rangel International Affairs Fellowship following a highly competitive nationwide selection process.  The Rangel Fellowship, funded by the U.S. Department of State and administered by Howard University, supports extraordinary individuals who want to pursue a career in the Foreign Service of the U.S. Department of State.  The fellowship will support Keightley through a two-year master’s degree in an area of relevance to the Foreign Service.  It will also provide extensive professional development opportunities, including internships, mentors, and skills training.  As part of the Rangel Program, Keightley will intern with a Member of Congress on issues related to foreign affairs in summer 2022.  In summer 2023, the U.S. Department of State will send her overseas to intern in a U.S. Embassy or Consulate to get hands-on experience in U.S. foreign policy and the work of the Foreign Service.  Upon successful completion of the program, Keightley will become a U.S. diplomat in summer 2024, embarking on one of the most challenging and rewarding careers of service to her country.  She will work to advance U.S. interests, protect American citizens, and promote peace and prosperity around the world.

Born and raised in Crestwood, Kentucky, Keightley attended South Oldham High School.  She graduated from Western Kentucky University in May 2019 with a bachelor’s degree in Arabic and Teaching English as a Second Language.  While at WKU, Keightley participated in various international outreach clubs, including the Arabic conversation club and "Coffee Talks," an English conversation club with international students on campus.  As an undergraduate, she studied abroad in Jordan, Morocco, and Qatar.  In Doha, she participated in an international Arabic debate competition with three other WKU students.  They were one of a few United States university teams represented at the worldwide competition.  After graduation, Keightley spent a year in Morocco as a Fulbright scholar, where she taught English at two Moroccan universities. She currently works as an ESL and Citizenship Instructor at Kentucky Refugee Ministries, a resettlement agency in Louisville, Kentucky.

Keightley’s journey has now led her to the Rangel Fellowship.  Upon receiving the fellowship, Keightley expressed gratitude for her parents, who instilled a sense of hard work and service to others, as well as her three siblings.  She added, “I would like to thank the WKU Office of Scholar Development for their support. Also, thank you to my Arabic professors, David DiMeo and Lhousseine Guerwanne.  Their dedication to the WKU Arabic program and each student in it shaped me into the student and professional that I am today.”

About the Charles B. Rangel International Affairs Program

The Charles B. Rangel International Affairs Program is a U.S. Department of State program administered by Howard University under a cooperative agreement with the Office of Talent Acquisition, Bureau of Global Talent Management (GTM/TAC).  The Rangel Program aims to enhance the excellence and diversity of the U.S. Foreign Service.  Established in 2003, the Rangel Program selects outstanding fellows annually in a highly competitive nationwide selection process and supports them through two years of graduate study, internships, mentoring and professional development activities.  Individuals who have successfully completed the Rangel Program are now serving as diplomats around the world, contributing to a more diverse representation and effective execution of U.S. foreign policy.  More information may be found online at www.rangelprogram.org.