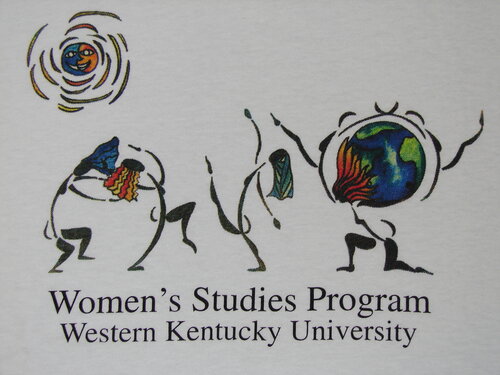 Covid may have altered the way we work, learn, and interact with each other, but one thing it hasn’t changed is the dedication the Gender and Women’s Studies program has for enriching the lives of all students on campus.

This semester alone, the program has hosted and participated in several events on campus such as the Kentucky Museum’s Women’s Equality Day, a presentation of the film Sisters with Transistors, and the Women in Business Panel which was part of the Gail Martin Faculty Development and Lecture Series. This event was especially important to the program as it had been two years in the making after originally being disrupted by the pandemic.

But while it was important to wait and hold this event in person, the program has been able to host several virtual events since the start of the pandemic, some even getting national attention.

“Last February we had a really great Zoom event which had about seventy-nine people from three different states Zoom in, and we partnered with Berea College…they had just top notch speakers from all over the nation because they could Zoom in. And then we brought in the Coded Bias filmmaker in February, and we had a school in Florida Zoom in, a professor and their students, people from all over Kentucky and then Utah,” Dr. Dawn Hall, minor advisor and current program coordinator stated.

The program plans to continue hosting impactful events such as this into the spring semester as well, with several Zoom and in person events already in the works. Currently, the program has solidified plans to show two films, participate in the fundraiser First Things First which raises money for Hope Harbor, a sexual trauma recovery center, and host a panel.

The next panel will focus on current laws and issues surrounding reproductive rights laws around the country and will feature Representative Attica Scott and journalist Alex Acquisto, who covers health and social services for the Lexington Herald-Leader.

“What we want to do is just lay out the facts, what are these laws about reproductive freedoms, what are they, how do they affect Kentuckians, and that's it. We're not pushing an agenda, we just want students to know what's happening around them and how it's going to affect them,” Dr. Hall stated.

The benefits of going to events such as these are often vast and completely unexpected by students, “They will never really understand the importance of it until they actually go,” GWS student worker Katie Lindsey stated, “It’s worth it just being there and seeing all these different people and hearing them speak about their experiences and understanding where they've [come] from and the things they've had to overcome. It can be really impactful.”

But going to these events is only one of the ways that students can achieve these benefits. By adding the GWS minor, students get a rounded education in the function of gender dynamics in different social, political, and economical situations.

Lindsey, an English major, didn’t even know the program existed until she was searching for jobs. But once she was introduced to the fundamentals of the minor, she quickly added it with no regrets.

“It really broadens both women and men's knowledge of gender dynamics and the social construction of gender. We're lucky enough to live in a very diverse world and to understand the way people are different and the different ways people have come up and their experiences [can] be really important. It really goes through the history of women and gender and the global impact of it as well…you learn very good critical thinking skills and writing skills that can be useful to anything. Anything you do in life you're going to need skills like that and communication,” Lindsey stated.

The minor can often easily fit into any schedule, as it requires only two specific classes and 15 hours of electives, which often count towards colonnade courses. Dr. Hall herself was a GWS minor as an undergrad and remembers the impact it had on the trajectory of her life.

“I remember just feeling such strong and supportive community among my fellow Gender and Women’s Studies minors. I really felt protected and supported and that really helped. I just think the community that this program fosters are really wonderful, [and] supportive… I felt like it prepared me for graduate school. It also prepared me for being able to think critically and I was able to advocate for others much more effectively because of the classes and the speakers I was exposed to as an undergrad myself…whether it's nursing or law or grad school, teaching, public health, biology, all that, it's like you got something extra in your back pocket as you leave Western that is going carry you through,” Dr. Hall stated.

While students greatly benefit from this exposure, WKU faculty also have a chance to reap the benefits of the program. With any available Faculty Development Funds, any GWS committee member can receive monetary assistance with technology needs such as external hard drives or laptops, in person or virtual conference fees, access to use of organizations such as the British Library, travel expenses, and many other expenses.

The program is currently forming four main committees, each with their own specific roles. One committee will select films to show throughout the year, another will organize a gender research luncheon highlighting research from faculty and students, another will select visiting speakers for the campus and Bowling Green community, and one will meet to discuss the direction and mission of the program. Many of the committees only meet once or twice a year and anyone interested is invited to contact Dr. Hall for more information.

“It's important to have faculty and staff who are interested in the issues that Gender and Women Studies advocates for. It's important to have multiple voices in the planning process so that it's not just driven by one particular person, it is an interdisciplinary effort because Political Science faculty can see what's happening in their circles whereas English faculty can also. That we share the ability to plan and bring speakers to campus and that address all students’ interests, that's really important to Gender and Women’s Studies,” Dr. Hall stated.

Though they have developed an exemplary reputation, a common misconception remains that the program is targeted towards women, a statement that both Lindsey and Dr. Hall believe to be far from the truth. They believe the benefits that the program has for any person are far ranging and often very impactful at any point of their academic career.

Dr. Hall stated, “It's for anyone who's interested in making the world a more equitable and just place. And so if students care about race, class, [and] gender equality, then check us out because that's what it's all about.”