Journey to the Vote Kick-Off 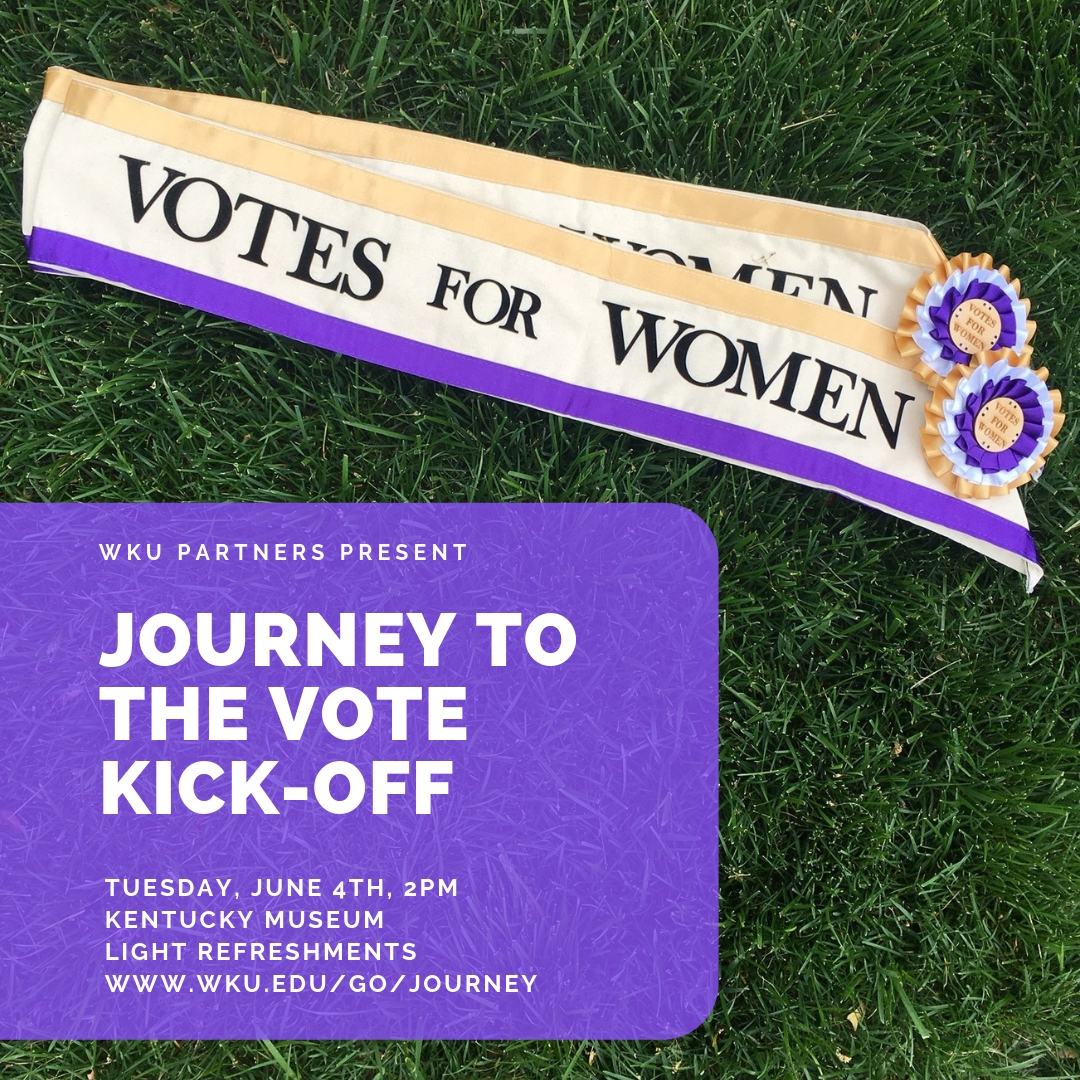 In 2020 the United States will celebrate the 100th anniversary of the 19th Amendment. As part of the celebration and commemoration of this important historic event, elected officials have been invited to take part in the signing of a proclamation on June 4, 2019, which is the 100th anniversary of the passage of the 19th Amendment by the U.S. Senate.  It would then take more than a year for 36 states, the number of states needed, to actually ratify the Amendment. The 36th state was Tennessee. The public is invited to attend the event at 2 p.m. on Tuesday, June 4, 2019 in the Kentucky Room of the Kentucky Museum on WKU campus in Bowling Green, Kentucky.

The upcoming commemorative events scheduled over the next year are made possible through generous funding from the WKU Sisterhood. The WKU Sisterhood is a group of women with shared values who enjoy collaborating to advance the mission of WKU. In November 2018, members voted to provide funding to support several programs centered on the celebration of the 100th Anniversary of the 19th Amendment.

Also, on display on June 4th will be two small exhibits showcasing the lives of Victoria Woodhull, the first female candidate for President and a leader in the suffrage movement, and Eliza Calvert Hall, author and suffrage leader from Bowling Green, Kentucky. These exhibits are made possible by the WKU Kentucky Museum and the WKU Library Special Collections.

Partners in the WKU celebration of the 100th anniversary of the 19th Amendment include Department of Political Science, Department of History, Potter College of Arts & Letters, Kentucky Museum and Library Special Collections, and Warren County Public Library. A complete list of upcoming scheduled events on campus and within the community can be found online.For information, contact WKU’s Department of Political Science at (270) 745-4559. Parking  is available in the KY Building Lot, Adams Street Lot, KY Street Lot or Alumni Garage for community members who would like to attend. For more information, contact Victoria Gordon at Victoria.Gordon@wku.edu, 270-745-6192 or 270-303-9368.