A Seat at the Table: Kentucky Women in Office | Western Kentucky University Skip to main content

A Seat at the Table: Kentucky Women in Office 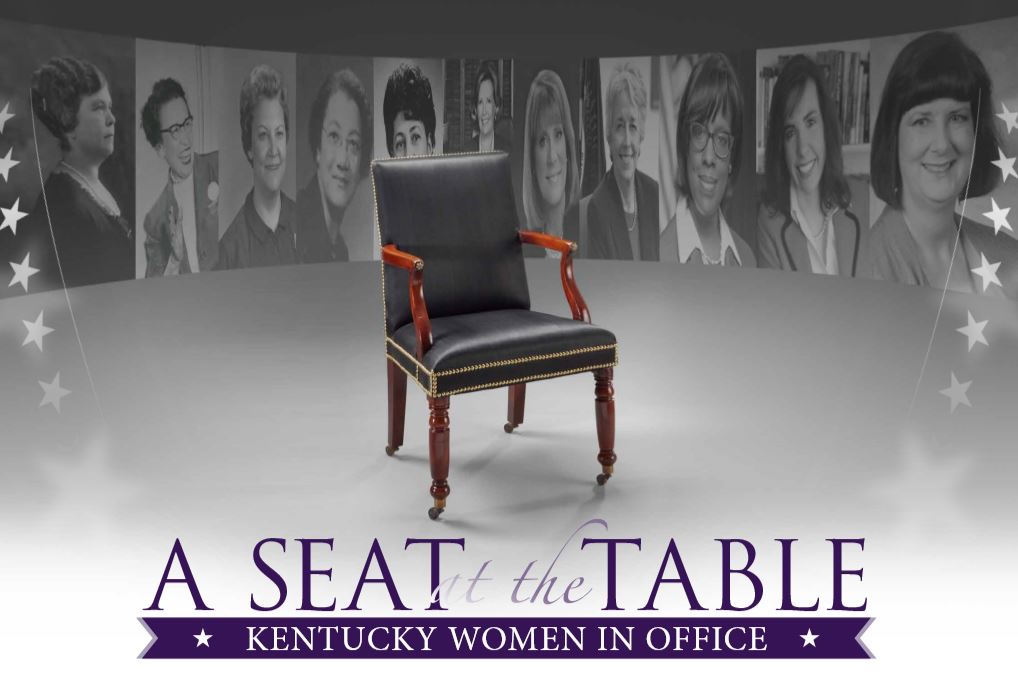 In politics, the old adage “having a seat at the table” is often used to refer to those in positions of power, influence and policy making. This poster exhibit highlights a few of the women who have held political office and had “a seat at the table” in decision making for the Commonwealth. A Seat at the Table and Kentucky Women Rising are both exhibits that will be on physical display at the Museum.

Kentucky’s women make up 51% of the state’s population but are still underrepresented in political office. This is doubly true for women of color, who face additional barriers to election.

The Rather-Westerman Political Collection is a renowned collection held jointly by the Kentucky Museum and the Department of Library Special Collections. It is composed of more than 10,000 examples of political memorabilia representing three main areas: candidates running for office in Kentucky, Kentuckians running for national office, and candidates campaigning for national office in Kentucky between 1830 and the present.

In preparation for the anniversary of the passage of the 19th Amendment, we asked selected Museum student workers to perform research on twenty women active in Kentucky political life, and identify any related Rather-Westerman collection items. This initial student research assisted in the creation of the above posters, plus helped in our work with classes exploring women in the state’s political life. We also believe this type of real-life museum work is helpful to students in honing their own research skills. Student Research-Twenty Women Active in KY Politics.