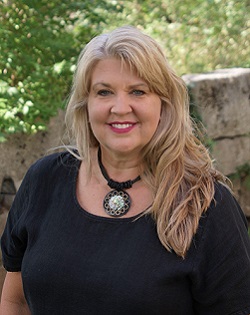 Melanie Redden joined the The Gatton Academy staff in the fall of 2020, motivated from positive experiences working with Gatton students in her previous roles in WKU’s Ogden College of Science and Engineering Dean’s Office and in the Department of Biology.   The common denominator with each of her positions at WKU is the satisfaction of meaningful interactions with students to help them advance academically and personally.

A native of Hendersonville, TN, Melanie earned a B.S. from Middle Tennessee State University with a major in Mass Communications and minors in English and Marketing. She was selected for the WKU Staff Leadership Institute (Class of 2018), leads professionalism workshops for high school and college students, and has participated in several WKU study-abroad trips to Kenya.  Prior to coming to WKU in 2015, she was a paralegal for a Bowling Green law firm and managed a medical practice in Lebanon, TN.

Melanie has two young adult children, Craig and Rachel, and a senior rescue dog, Bean. She is an avid reader, traveler, and college football fan, an occasional essayist and storyteller, and is freakishly good at Sudoku puzzles and parallel parking…but not at the same time!