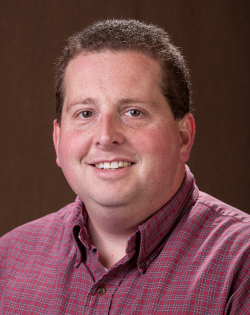 Jerry Daday, Ph.D., Sociology,  will serve as the co-leader for the ZSEIFS 2017 program to Bosnia and Herzegovina.  He is an Associate Professor in the Department of Sociology and Executive Director of the Center for Faculty Development at WKU.  He has developed a research and teaching interest focused on the war and ethnic cleansing that occurred in Bosnia and Herzegovina between 1992-1995 and the genocide that occurred in the town of Srebrenica in July of 1995.  He has worked with the local Bosnian American community to offer events that inform students, faculty, and staff at WKU and the larger Bowling Green community about the causes and aftermath of the war in Bosnia and Herzegovina, the efforts of the International Criminal Tribunal for the Former Yugoslavia (ICTY) and national courts to achieve justice for the victims, and various efforts to promote reconciliation and nation-building since the conflict ended with the signing of the Dayton Peace Accords in 1995.  He and his students have attended several trials at the ICTY in The Hague, and he integrates his knowledge and expertise of the conflict into his Comparative Criminology and Introductory Sociology courses.  He is in the process of building an annual faculty-led study abroad program to Bosnia-Herzegovina for students, and he is beginning a formalized research project examining efforts to promote ethnic reconciliation in Bosnia-Herzegovina today. 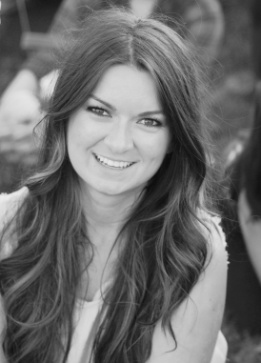 Gina Dzelil will serve as the co-leader for the ZSEIFS 2017 program to Bosnia- Herzegovina. Born in Foca, Bosnia-Herzegovina, Gina arrived in the United States in 1998 and has been living in Bowling Green for the past 17 years. Gina holds a degree in Business and German from Western Kentucky University and speaks Bosnian, German, and English. In her spare time Gina loves to travel and try new foods. Active in the community, Gina also serves on the Board of Directors of the Human Rights Commission, winning the "Women's Achievement Award" in 2000, and on the Bowling Green International Communities Advisory Council, representing the Bosnian-American community.

Gina was ten years old when the war in Bosnia began. Her father was taken to the concentration camps where later he was killed. Together with her mother and brother she fled to Poland, then later to Berlin, Germany as a refugee. From 1992-1993 she lived in 6 countries, attended 5 different schools and lived in 14 different shelters. Her teenage years she spent in Berlin, attending middle school and high school, where she studied three foreign languages and her life became more structured and stable.

In 1998 Dzelil moved to Bowling Green with her mother Izeta Dzelil and brother Sead, accompanied by her uncle Izet Varajic and his family. Immediately, she enrolled in Warren Central High School as a second semester junior. She is the founder of the Bosnian American Club, that is today a very active and popular club in WCHS. During her senior year, she was in multiple honor classes and was awarded with a four year scholarship from the Herald Leader of Lexington KY. In 1999, she helped her uncle start and open the restaurant, A Taste of Europe, today located on State Street.

With very limited language skills, Gina enrolled to Western Kentucky University. There she studied Business Management, with second Major in German and a Minor in International Business. While in college , she worked at Dr. David Buchanan's office as a dental assistant and interpreter.  She also volunteered at the Commonwealth Health Free Clinic. At the same time while attending college, working at the dental office and helping out at the restaurant business, Dzelil had a second part time job at the retail store Abercrombie and Fitch at the mall. Which in 2004, after graduating from WKU, lead her to a full time management position. She managed a group of 50 part time employees, primarily college students,  for about 18 months.

In 2006, Dzelil was hired by Fruit of the Loom as a Retail Planning Analyst in the transportation and distribution department.  There, she gained more professional and corporate experience. Gina  was one of the organizers of the Eid Celebration that was performed in the Capital Arts Building in 2007. Together with her mother, she also organized KUD Zumbuli in 2008. Which is a traditional Bosnian folklore dance team, performed by a group of 40-50 children and teens. Zumbuli performed multiple times at the international festival, as well as in many school and educational events.

At the end of 2009 Dzelil left Fruit of the Loom and was hired as a accounting manager at BIH Express. BIH Express is a small business started in 2004 by a Bosnian American family. It is a trucking company that today operates with about 100 over the road trucks. Gina handles all of the accounting as well as many other administrative responsibilities. In this position she is continuing to grow and gain more administrative and leadership experience.

In 2012 she was one of the main organizers of the 17. Bosnian Convention of North America in Bowling Green, that attracted thousands of visitors from across the US, Canada and Europe. She also volunteers at the Bosnian Islamic Center on Blue Level Rd. and helps organize different cultural and educational events, promoting a positive and cultural attitude to the community. Since 2012, Gina is on the board of the "International Communities Advisory Council" representing the Bosnian American community.

In her free time, Gina loves to travel the world. She also enjoys to dance and read. Her hero is her father, and her role model is her mother Izeta Dzelil. Izeta graduated from the University of Sarajevo in 1980, she was a school Psychologist before the war. Today she works at Warren Central High School and has won the "Women's Achievement Award" presented by the Human Rights Commission in 2000. Dzelil is very proud of her younger brother Sead, who graduated with a Masters Degree in Computer Science from WKU and now works as a Software Engineer  in Nashville TN, and her cousin Dino Varajic who is a Medical  Doctor in Louisville. Dzelil is very thankful to this community  for giving her and her family the opportunities to work, integrate and succeed.