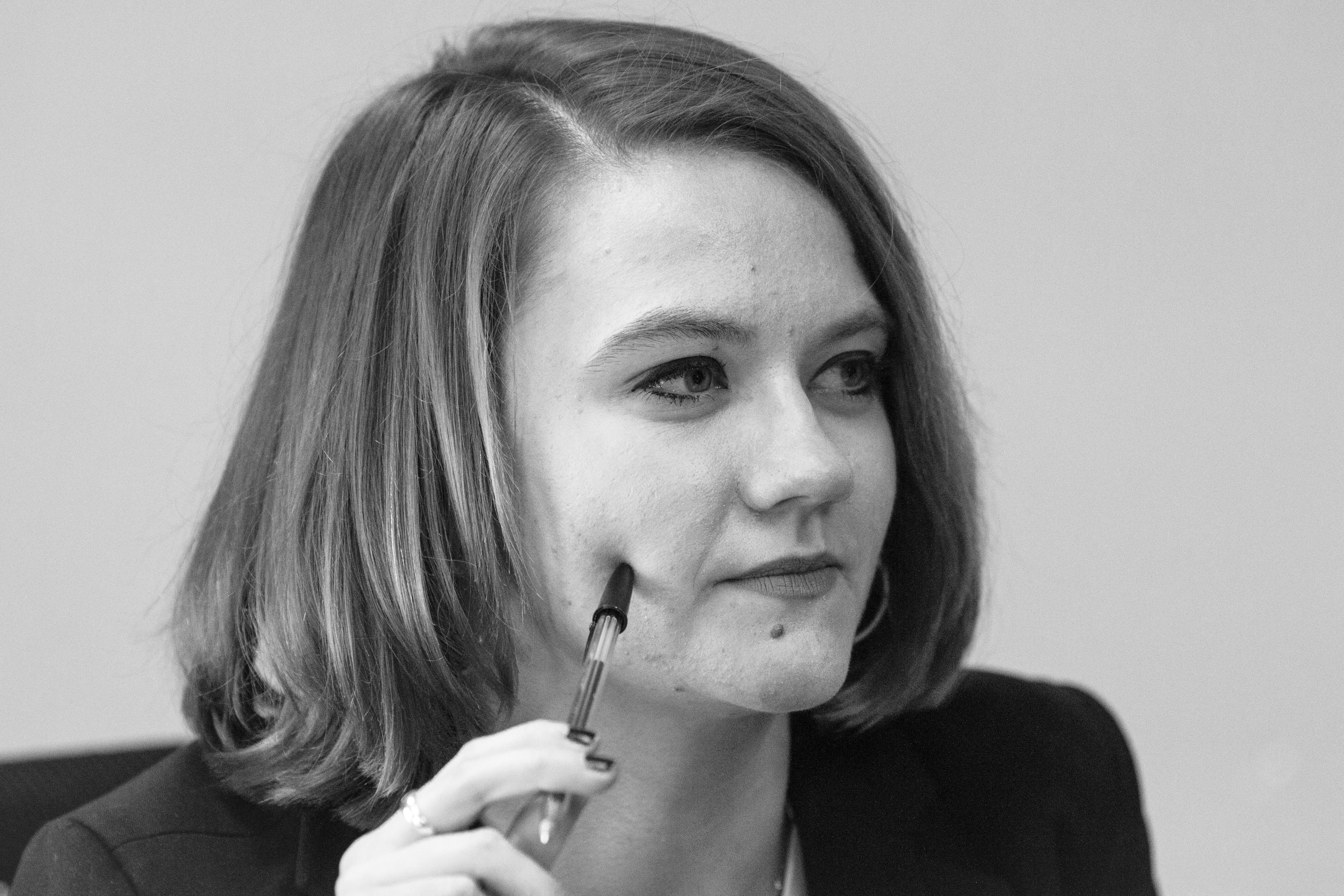 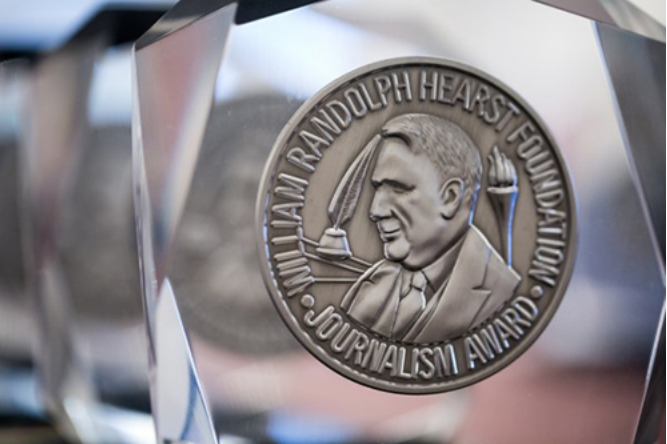 Congratulations to WKU’s School of Media for winning the Hearst Journalism Awards Program’s Intercollegiate Photojournalism Competition for the fourth straight year and 26th time in the past 31 years. In the Photojournalism II – Picture Story/Series Competition, Lily Thompson, a senior from Paoli, Indiana, finished second, received a $2,000 award and qualified for the semifinal round of judging.

Ron DeMarse announed as Interim Director for School of Media 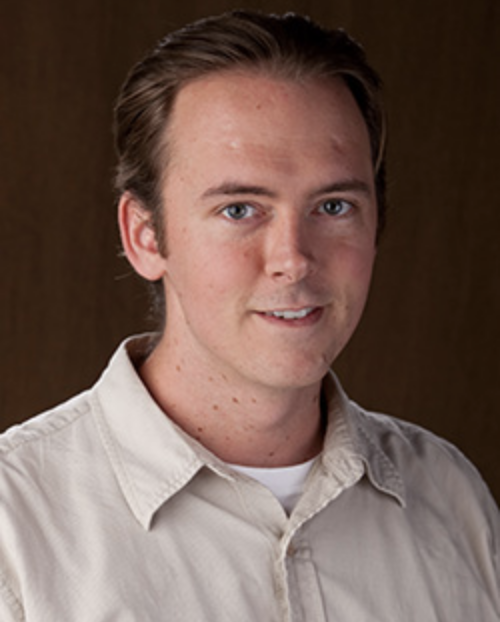 Ron DeMarse, who has been a part of the SoM faculty since 2007, was selected  as interim director of the program beginning July 1. Prior to accepting the interim director position, DeMarse had been a professor and curriculum coordinator for the broadcasting and film departments. Before coming to WKU, DeMarse was a freelance videographer and a film and broadcasting professor at Valdosta State University. 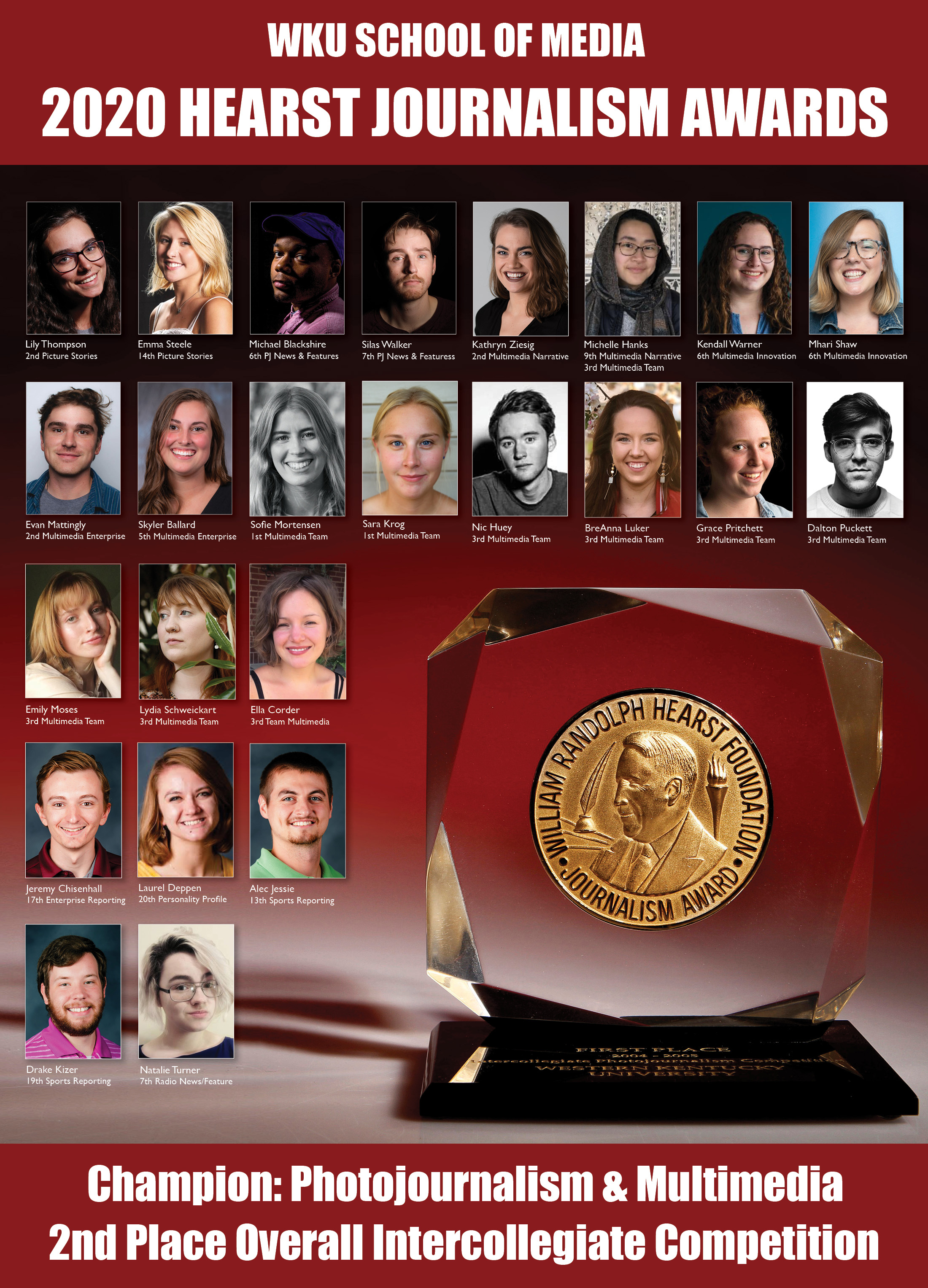 The WKU School of Media is proud to present our senior gallery show representing the hard work accomplished by our 2020 graduating class. Congratulations to these talented students and we wish them the best of luck as they continue on into their careers! 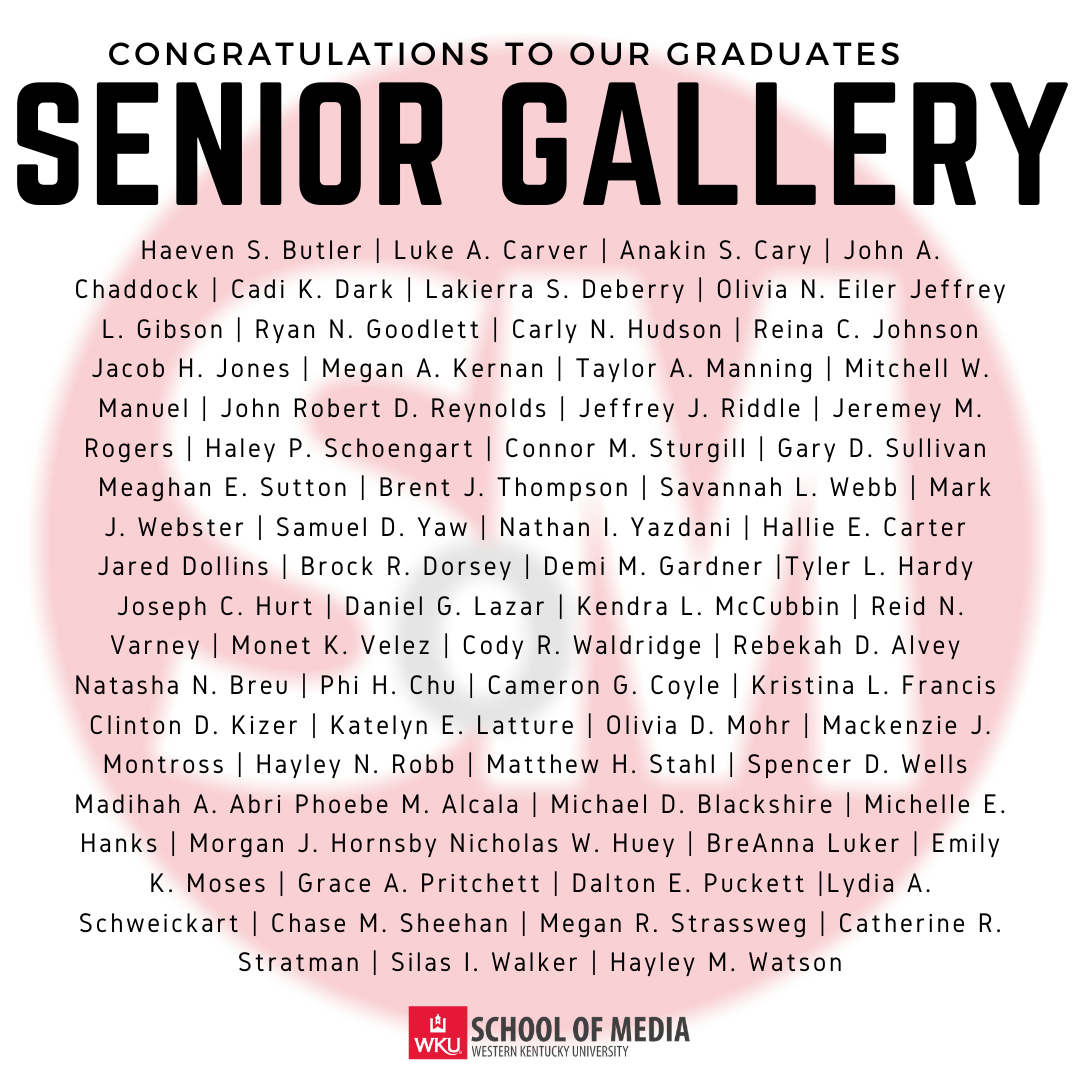 Public Radio is responsible for the management, operation, and broadcast programming of the station effective February 1, 2020. The station will continue to serve as an educational lab overseen by the School of Media Broadcasting program faculty. Students will continue to produce news programs and gain valuable broadcasting experience.

“This partnership with WKU Public Radio will expand the range of skills and learning experiences of student broadcasters by providing additional professional opportunities and mentorship. This is a win for our students and the School of Media,” stated Dr. Larry Snyder, Dean of Potter College of Arts & Letters.

The William Randolph Hearst Foundation has announced the finalists selected in the 2019-2020 Journalism Awards Program’s Radio News and Features competition: 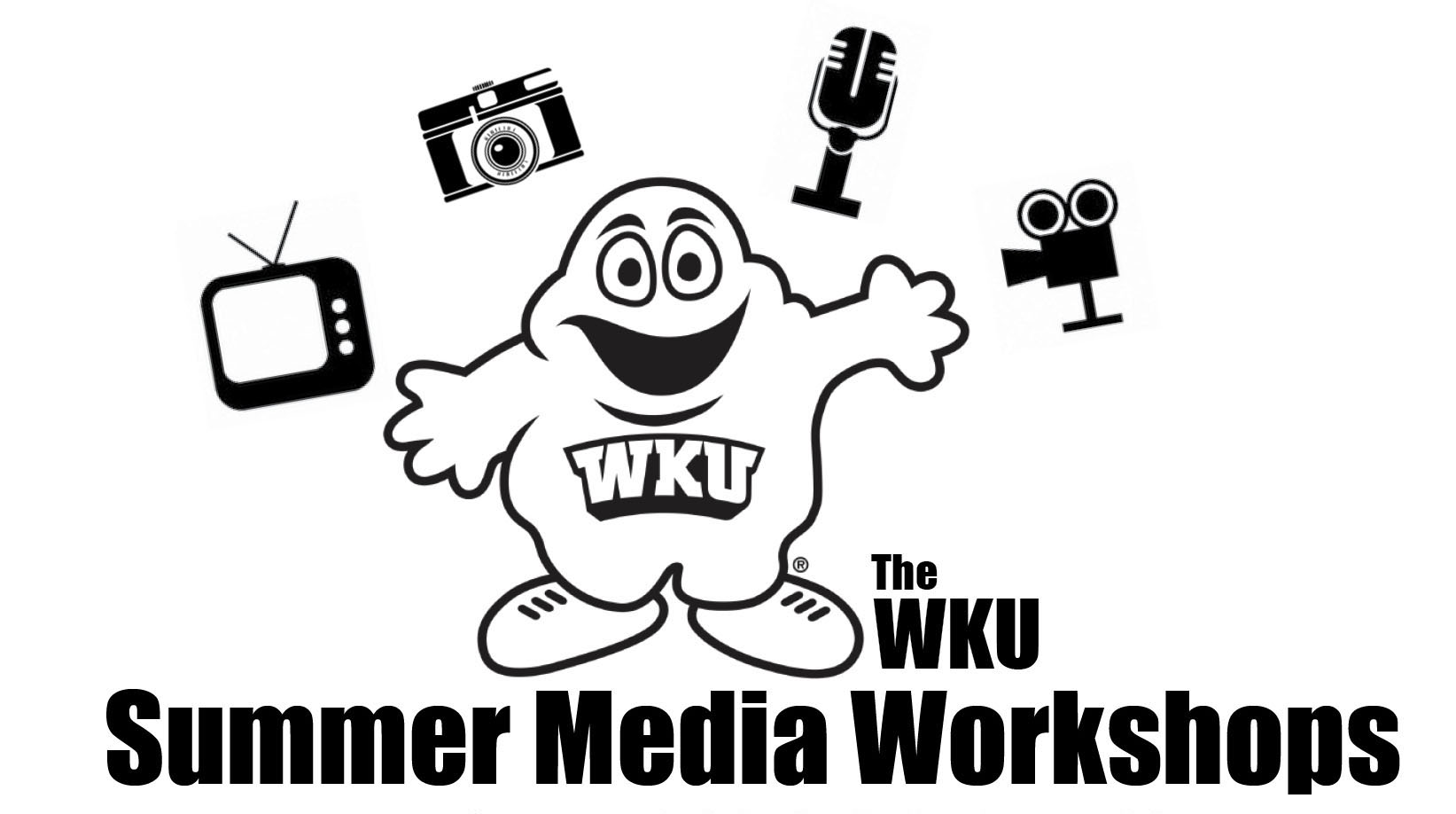 The upcoming gallery exhibit, Gaines Lecture Series and open house for the 10th anniversary of the Film program have all been cancelled or postponed due to COVID-19 concerns. More information will be posted as the situation develops.

Ms. Kari Barber, of the University of Nevada, Reno, Reynolds School of Journalism 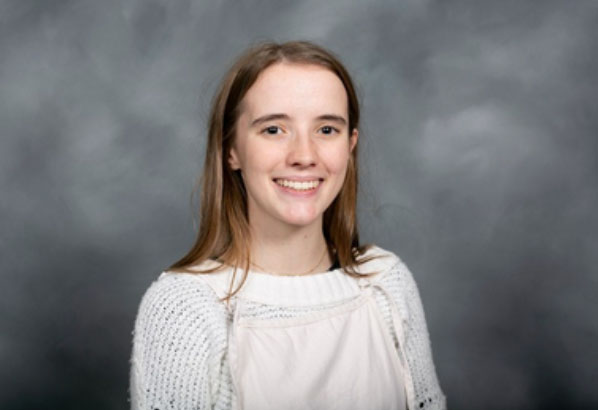 The first award went to "Dirty Laundry" for Best Long Form - Fiction.
"Come Up for Air" also picked up awards for Director Tori Mills and Cinematographer Haley Meyers. This marks the second year in a row that the film program has won Student Production Awards.
The College Student Production Awards are presented by the National Academy of Television Arts & Sciences, Ohio Valley Chapter 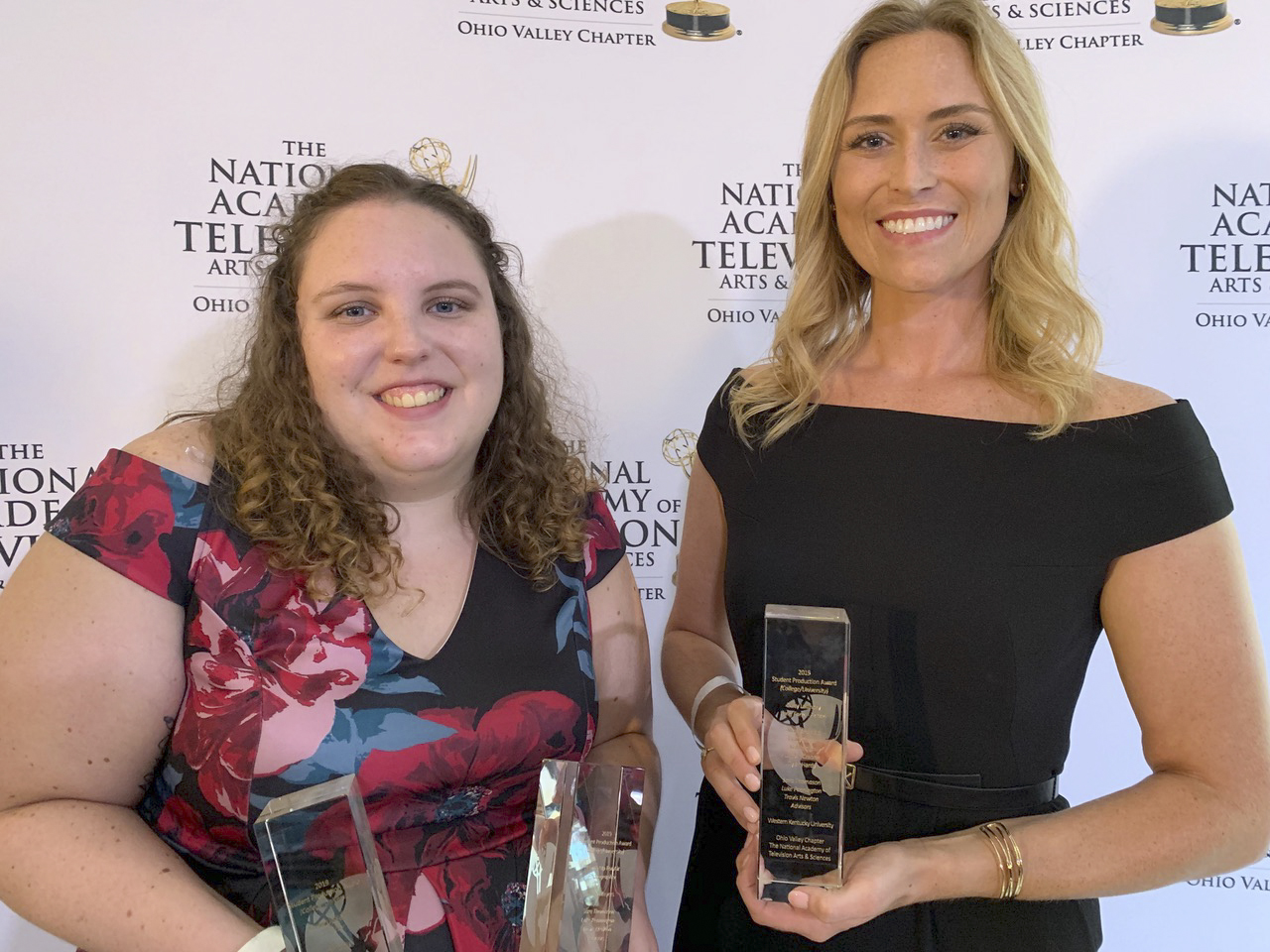 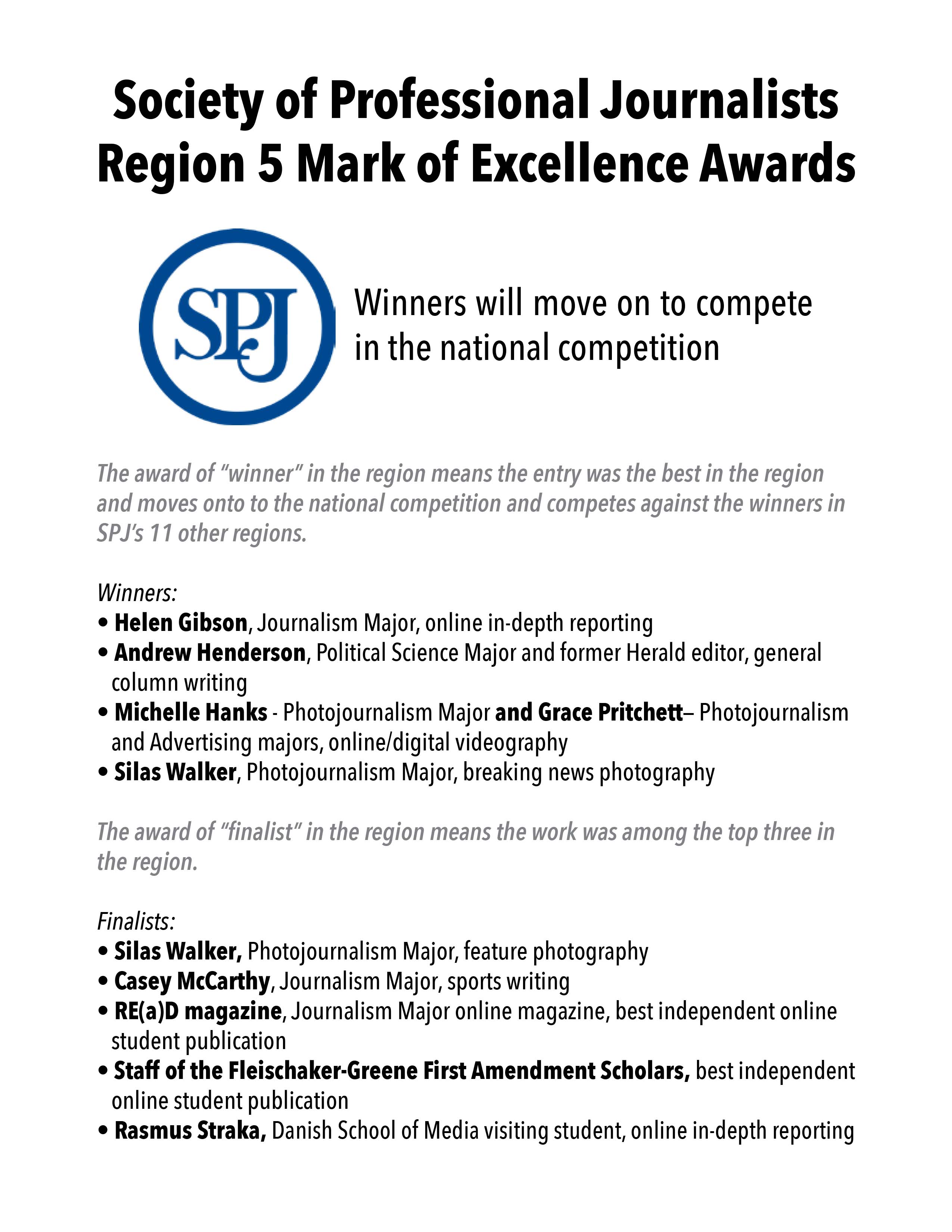 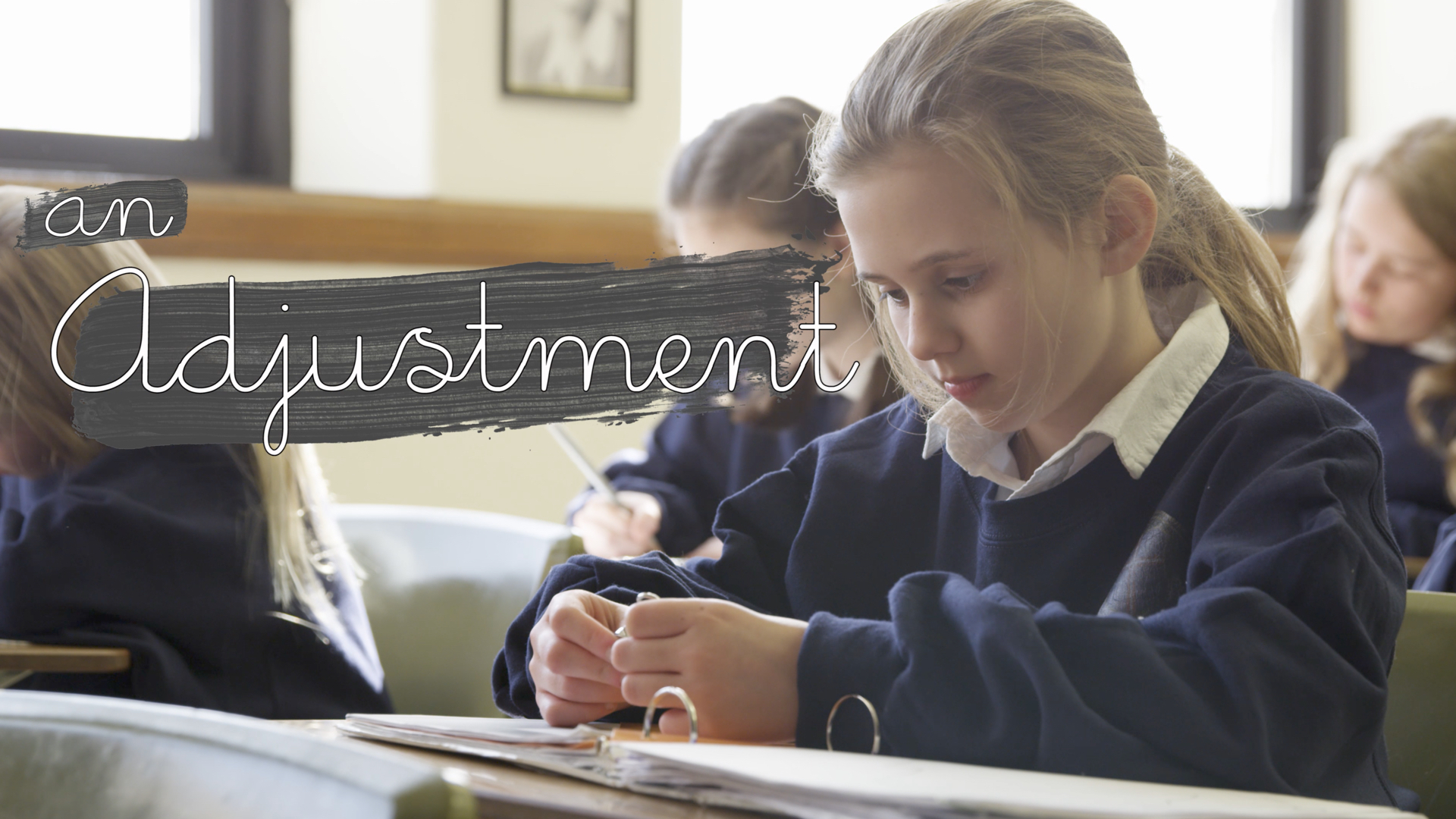 Tori Mills, a senior film major in the School of Journalism & Broadcasting, is the recipient of a College Student Production Award for Short Form - Fiction, presented by the National Academy of Television Arts & Sciences, Ohio Valley Chapter. Her short film, An Adjustment, will be honored at the August 18 ceremony in Lawrenceburg, Indiana. https://ohiovalleyemmy.org 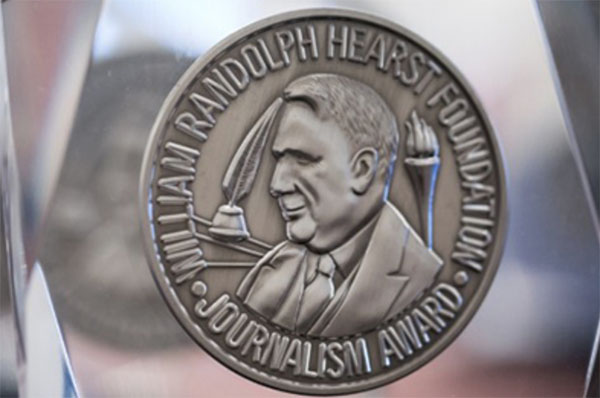 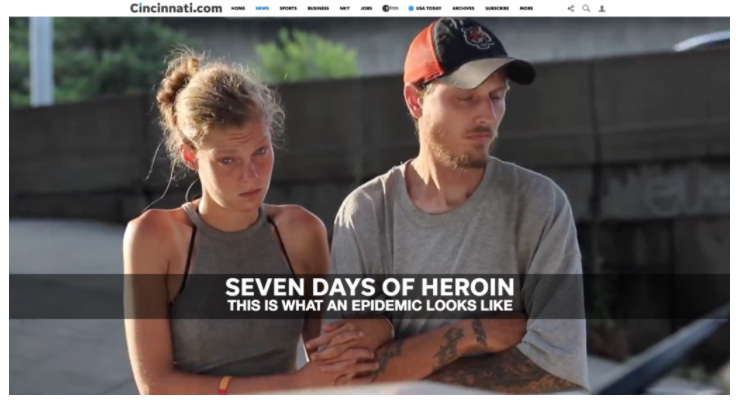 2005 Graduate Cameron Knight and 2006 Graduate Cara Owsley were part of the Pulitzer Prize winning team at The Cincinnati Enquirer for local reporting. The Photojournalism grads credit their time at WKU as crucial for their success in their fields. Owsley is the Director of Photography at the paper and Knight is a crime beat reporter. See the project at : https://www.cincinnati.com/pages/interactives/seven-days-of-heroin-epidemic-cincinnati/