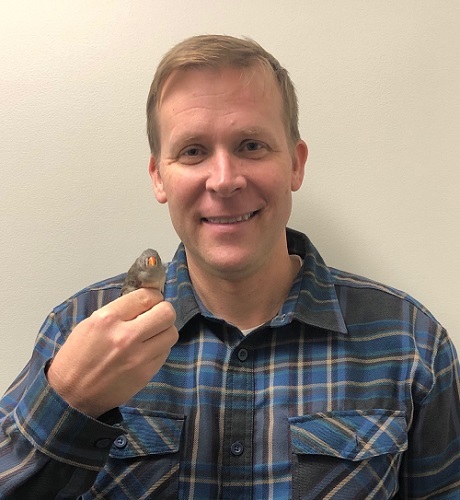 Most animal species utilize a biological clock to synchronize with the Earth’s daily cycle of light and dark to govern activities important for reproduction, growth and sleep. However, with increased urbanization and industrialization across the globe, there is growing scientific evidence that artificial light at night can have harmful effects upon humans as well as wildlife. Such effects include weight gain and sleep disruption in humans, and reduced cognitive performance, sleep and survival in birds.

In a new study published in the journal Scientific Reports, Dr. Noah Ashley, associate professor of Biology at Western Kentucky University, Dr. Ila Mishra of Case Western Reserve University and colleagues have identified another negative effect of light pollution -- disruption of the rhythms that regulate the immune system. They showed that exposure to 10 days of extremely dim light at night (similar to light produced from a single “night light”) in captive zebra finches can significantly alter or abolish the daily rhythms of cytokines -- chemical mediators that regulate immunity as well as sleep, in many animals, including humans.

“These results have important implications for monitoring populations of wildlife that are exposed to increased artificial lighting at night. From a conservation perspective, disruption of the immune system could affect how these populations respond to emerging pathogens and disease,” Dr. Ashley said.

As for human health, many studies have shown that sleep quantity and quality improve the darker the sleep environment is. “One of the keys to getting a good night’s sleep is to minimize artificial light by turning off computer screens, TVs and mobile phones,” Dr. Ashley said.

This study was funded by the National Science Foundation and the National Institutes of Health. Two Gatton Academy students, Reinhard Knerr and Alexander Stewart, were also co-authors of this study.