Dr. David Keeling, Distinguished University Professor of Geography and head of WKU’s Department of Geography and Geology, returned recently from his 10th circumnavigation of the planet, completing a three-week around-the-world tour of the South Pacific, Asia, Africa and Europe, covering about 32,000 miles, representing WKU and the American Geographical Society as part of a geographic educational outreach program.

The educational tour began in Kona, Hawaii, with discussions about global volcanic hotspots and the social-economic challenges faced by communities affected by tsunamis and volcanic eruptions.

In the west Pacific islands of Vanuatu and Palau, Dr. Keeling lectured about the Polynesian diaspora, exploration and discovery, and the recent damage caused by Cyclone Pam in Vanuatu, and ocean warming and acidification in Palau. As both island countries depend heavily on tourism for jobs and income, broader physical changes driven by ocean warming and sea-level rise have significant implications for small islands around the world. 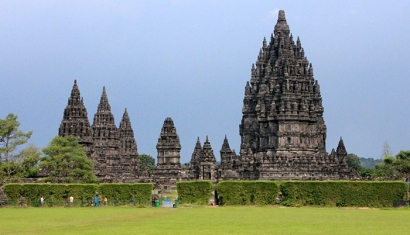 In Yogyakarta, Indonesia, Dr. Keeling presented a lecture on the development of Indonesian society and the legacy of Dutch and Japanese colonialism. Java is a particularly vulnerable island, with growing populations and declining land for rice production.

In Galle, Sri Lanka, the Maldives, and Zanzibar, Tanzania, his lectures focused on the themes of nationalism, identity and resource scarcity in a global context, with case studies from recent events in the region, as well as ongoing conflicts around the world involving territorial claims and ethnic tensions.

In Sicily, the group visited Palermo and the Greek temples of Agrigento, with discussions about the changing nature of the Mediterranean economy and society, especially in the aftermath of the recent Syrian refugee crisis and the current instability of the European Union. 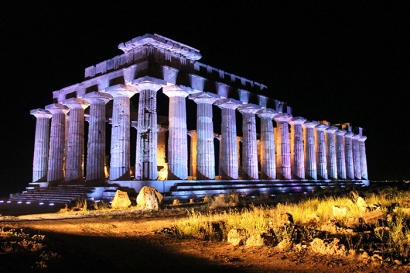 The Temple of Hera at Selinunte, Sicily.

On the way to Madeira, Portugal, on the expedition’s final trans-Atlantic leg, Dr. Keeling talked about how geographers see the world in the 21st century though the lens of climate change, population growth, and resource scarcity. He provided examples of the kinds of spatial analysis that might prove useful for business executives, investors and others. The expedition ended in Boston on the last day of June, after two nights in Bermuda.

The primary mission of the both the department and the American Geographical Society’s educational travel programs is to focus attention on some of the planet’s most pressing problems, such as the social implications of climate change for small island communities, ongoing ethnic tensions in Asia, Africa and the Middle East, and the challenges for emerging societies in engaging with an increasingly Westernized global economy. A secondary mission is to demonstrate how geographers address these issues and to promote a broader geographic perspective on sustainable development issues.

“Learning about resource challenges first-hand by examining, for example, low-island communities and their vulnerability to changing resource economies within a local and global development context really helps people to understand the issues of sustainability and global change and puts the challenges we face as a global society into sharper focus,” Dr. Keeling said.

One of the benefits for WKU, Dr. Keeling said, is that the university’s growing international reputation is further enhanced through his participation in these educational tours. Students also benefit from the knowledge gained from these experiences and subsequently shared in the classroom and through research projects and study abroad programs.

Past educational expeditions have led to successful departmental study abroad programs to Argentina, Tanzania, Turkey, Iceland and Australia, among other destinations, with upcoming programs to Hawaii (Winter 2017), Iceland, and Ireland (Summer 2017) already planned.