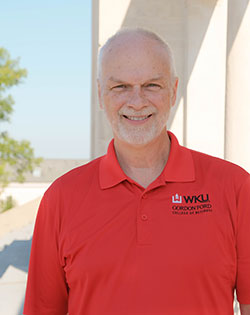 Dr. Atkinson has a combined 38 years’ experience between the private sector information technology industry and as an educator. Upon earning his doctoral degree in 2007, he became actively involved in research and university service. His research interest includes, but is not limited to, the implications of the absence of broadband Internet on adult learning in rural areas, the effects of simulation software on undergraduate college student technical skill acquisition and retention, college student’s perceptions of ethical computing and behaviors, and the use of data analytics modeling related to emergency medical resource planning. Prior to his changing careers in July 2000, he held the role of Managing Director, Business Software Services for Commonwealth Industries. He was directly responsible for information systems strategic planning and solutions implementations, managed a staff of 20+ developers, and both capital and operating budgets. Prior to this, he held various information technology positions for Lexis-Nexis in Dayton, OH, Celanese Corporation in Louisville, KY, and NCR Corporation in Dayton, OH.