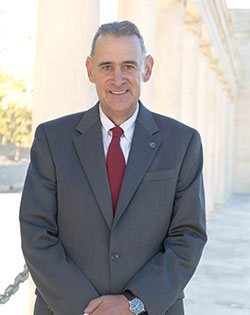 Kay H Meggers served as Executive Vice President and Group President Global Rolled Products at Alcoa/Arconic from November 2011 to May 2017. In 2016 this $4.9 billion global business operated 12 Aluminum rolling facilities around the globe with 10,800 employees. Kay had joined Alcoa in February 2010 as a member of its Executive Council, the Company’s senior leadership group that sets strategic direction and oversees its implementation. Alcoa split into two separate companies (Alcoa Corporation and Arconic) in November 2016, when Kay joined Arconic.

Prior to joining Alcoa, Kay was Senior Vice President at Siemens U.S. Building Technologies Division and served for three years as Business Unit Head of Building Automation. This $1.3 billion business has more than 110 branches in the U.S. and Canada. In 2006 Kay served for nine months as Division Head of Fire Safety in Florham Park, N.J., also part of Siemens U.S. Building Technologies Division.

Kay received a Diploma in Physics in 1991 from the Christian-Albrechts University in Kiel, Germany. In 1995 after extensive research in applied nuclear physics and materials science, including at the U.S. National Laboratory in Los Alamos, New Mexico, he earned his Doctorate degree also from the Christian-Albrechts University in Kiel.

Kay served from 1983-1985 in the German Army on active duty and after that joined the German Army Reserve, where he continues to serves every year and advanced to Lieutenant Colonel and Battalion Commander (Reserve).