What They're Doing Now 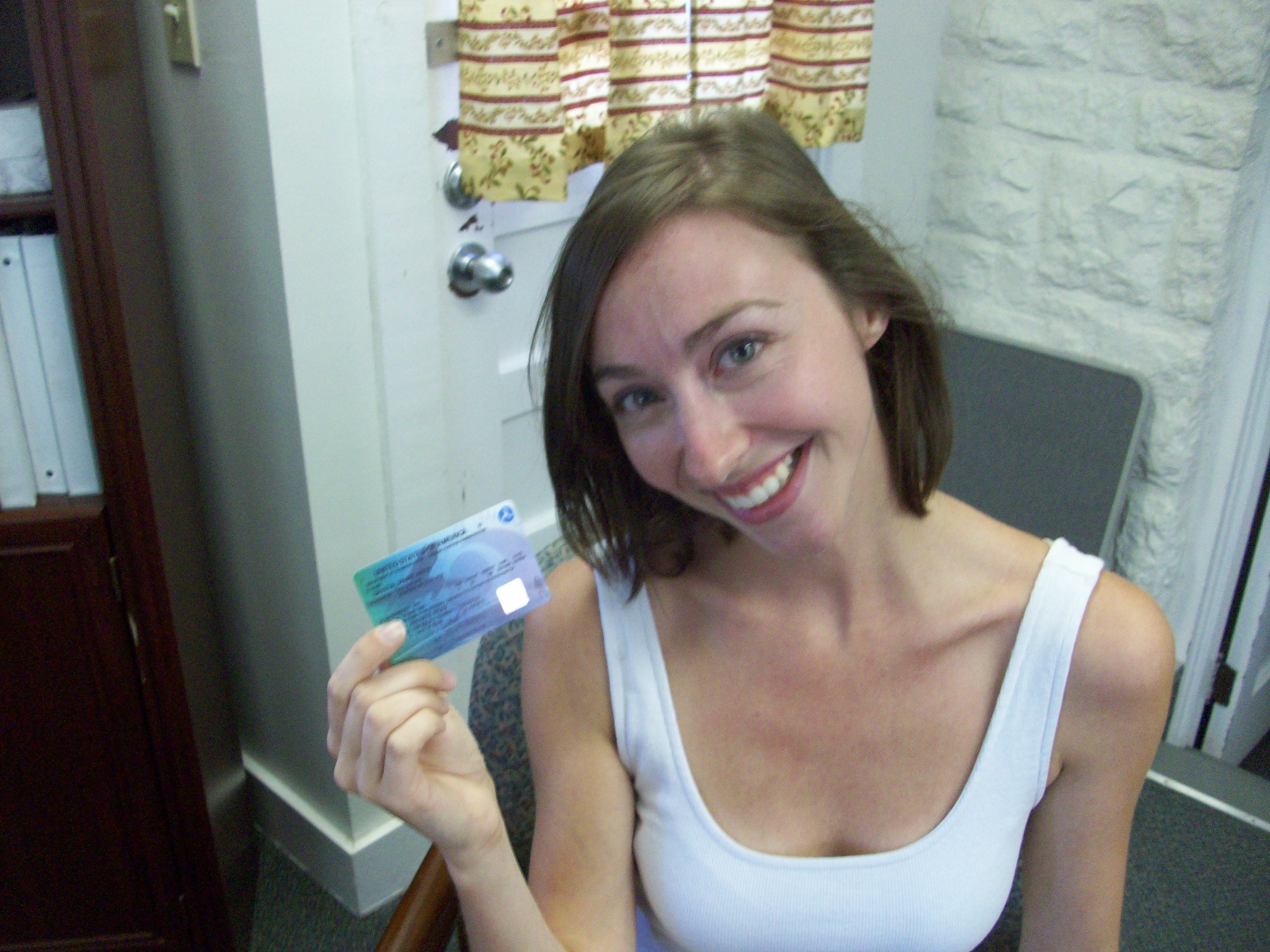 Crystal Kaya (2008, 2010): I recently graduated from WKU with my MA in I/O Psychology, (minor in Women’s Studies) got my private pilot’s license, and moved about 45 minutes west of Chicago. I live in Kenosha Wisconsin, where I was also recently hired as a part time consultant at a woman owned consulting company which deals with selection and training of pilots. Amidst all the excitement of this past year, the day I went for my check ride for my private pilot’s license has by far, provided the most excitement. I had been receiving my flight training at Addington Field in Elizabethtown and had to fly the 25 miles to Bowling Green Regional Airport to meet the FAA examiner for my check ride (to receive your private pilot’s license, you have to pass a written, oral, and practical exam).

Seven miles away from Bowling Green, the Cessna 150 began shuttering violently and the engine’s normal purr had turned into a choking sputter. I could see the end of runway 21, but knew the plane would never make it, so I landed it in a small patchwork quilt of farmland below. I was a little worried I’d be blamed, but the FAA investigators determined a cylinder had come loose.

The oral exam took nearly three grueling hours (most are finished in thirty minutes to one hour). I had passed the oral and only had the practical exam ahead of me—despite having already achieved an emergency landing. After a series of properly executed flight maneuvers, the examiner asked me if I wanted to take my dad up for a “celebration” flight around town. I had passed. 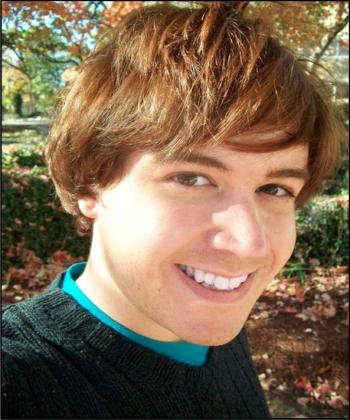 Skylar Jordan (2010): Since graduating, I haven’t gone that far—literally. I still live on College Street, less than a block away from Cherry Hall! I have struggled to find employment. Unemployment and underemployment is the story of my generation. Still, my women’s studies background gives me hope. It has truly shaped my understanding of the world and the societal forces that continue to oppress and obstruct the course of true social justice.

To that end, I’ve been keeping a diary of my experiences searching for a job and being a young gay man in Kentucky, and I intend, at the end of this year, to write a memoir about what it’s like to be young, gay, educated and unemployed in the early 21st century. I am also beginning a blog that discusses British and American politics from a progressive perspective, as well as applying to graduate school (in earnest). From the Women and Kids Learning Together Summer Camp to FAN, the Women’s Studies Program continues to provide the campus and greater community with worthwhile and necessary services and outreach that would otherwise be lost. 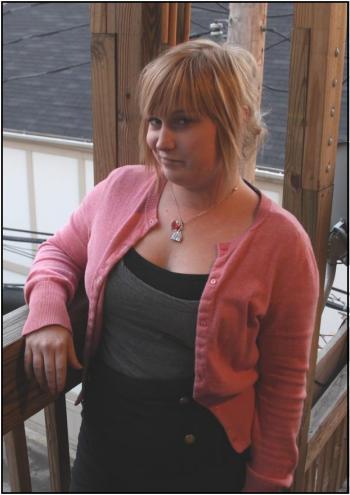 Sara Herndon (2008): I’m living in Chicago and working on my MA in Criminology. I’m finished with my WS certificate, probably the most important of all! Women’s studies has meant everything to me, both as an academic discipline and a program. Not only has the academic work continually challenged me and helped me grow, but so have all the people I’ve met. I learned how to be a camp counselor—something I never saw myself doing, and bonded with the young teen girls in a way that really moved me. I know that earning the certificate will help me with my coursework in criminology. 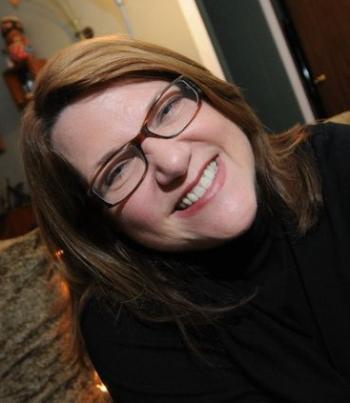 Tammy Ball: I have a master’s degree in social work and teach at Big Sandy Community and Technical College in Prestonsburg KY.

My hope is to teach women’s studies classes on the community college level.

I looked for this program for quite a while and was very excited to find it. It is everything I’d hoped for; the professors are knowledgeable and accessible, and my critical thinking skills get a good work out! 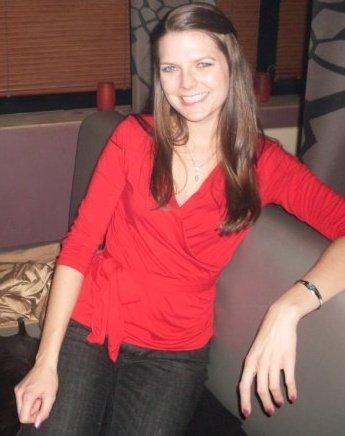 Angela Fetty (2006): I live in Sofia, Bulgaria. I work for a British company as a marketing executive – leading a small team of four (all women)!

My Women’s Studies minor provided me with the opportunity to learn and grow, both as a woman and an active member of society. The WS Program provided an outstanding learning environment with strong, confident, knowledgeable, and amazing professors. I have nothing but fond memories of the Women’s Studies House and all of the people who came and went on a daily basis and who I met through the program. I have never felt more accepted and appreciated within an organization as when I was both a student, earning my minor, and as a student worker at the Women’s Studies House. Women’s Studies is truly an asset to WKU, but it would not be what it is today without the wonderful people who participate and who have worked so hard. Thank you so very much. 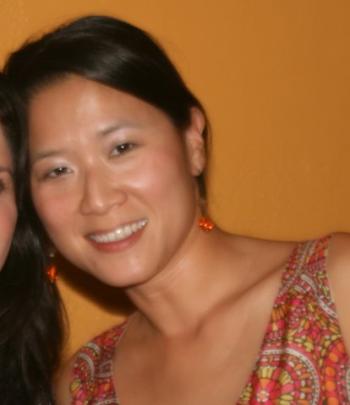 Holly Lee (2003): Since returning from teaching ESL in South Korea in April 2009, I have been living in San Diego, California.

Women’s Studies has really been a spine for me to build a body of work around. It has given me a sense of understanding and the ability to step out and look at culture and gender relations objectively which is very necessary in my line of work. 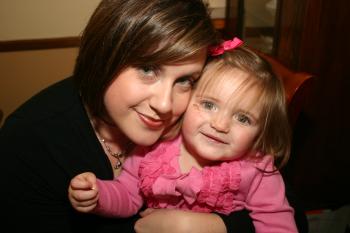 Jennifer Englert-Copeland (2001): Being a part of the Women’s Studies Program at WKU was an experience that truly helped to shape the woman I am today. Through the diverse, intellectually stimulating classes I took as part of the program, I gained knowledge, yet I also gained a greater understanding of the woman I wanted to become. Since leaving WKU, I became involved in international non-profit work. I had the wonderful opportunity to travel overseas and meet remarkable women in the developing world who are lifting their villages and entire communities out of devastating poverty. Currently, as a freelance writer, some of my most rewarding work involves crafting pieces about issues related to women. And, as a mother to a daughter, my great wish is raise her as an intelligent, confident young woman who recognizes the sacrifices of the women who paved the way before her and never doubts that she, too, can achieve whatever she desires. 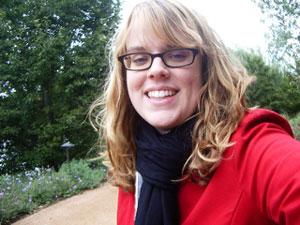 Sarah Lawrence (2004): I am living in Seattle, working at the University of Washington Department of Surgery’s Surgical Outcomes Research Center. I manage our training and education programs, including a post-doctoral surgical outcomes research training fellowship and an undergraduate internship program. I also work on a Washington state-wide surgical quality improvement program called the Surgical Care and Outcomes Assessment Program (SCOAP). The Women’s Studies Program at WKU taught me a lot about myself and others, and helped me develop valuable skills that I am still using today. The WSP helped to reinforce the ideals that I was beginning to develop during my college years and played a large role in affecting my career choices after I graduated. 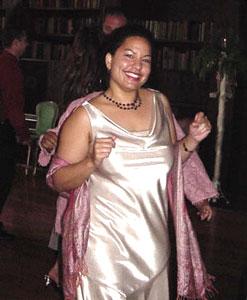 Rachel Robinson: I am a senior in medical school, and it’s interview season. I’m jetting around the country looking for an internal medicine residency that will be a good fit for my personality and career goals. My Women’s Studies minor did something for me I didn’t expect…it put a smile on the face of a female internal medicine program director. My involvement with girls2science and the Magic show, when those things were just starting to happen, really impressed her. For those interested in my field, there’s a group called Women in Science, Dentistry, and Medicine (WISDM). I don’t know how extensive they are yet, or in how many cities, but it just goes to show that one does not have to shed one’s womanhood to be a doctor, dentist, etc. 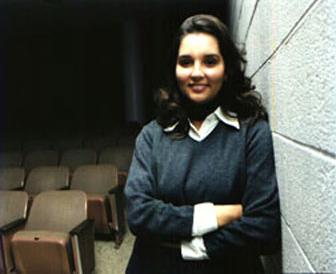