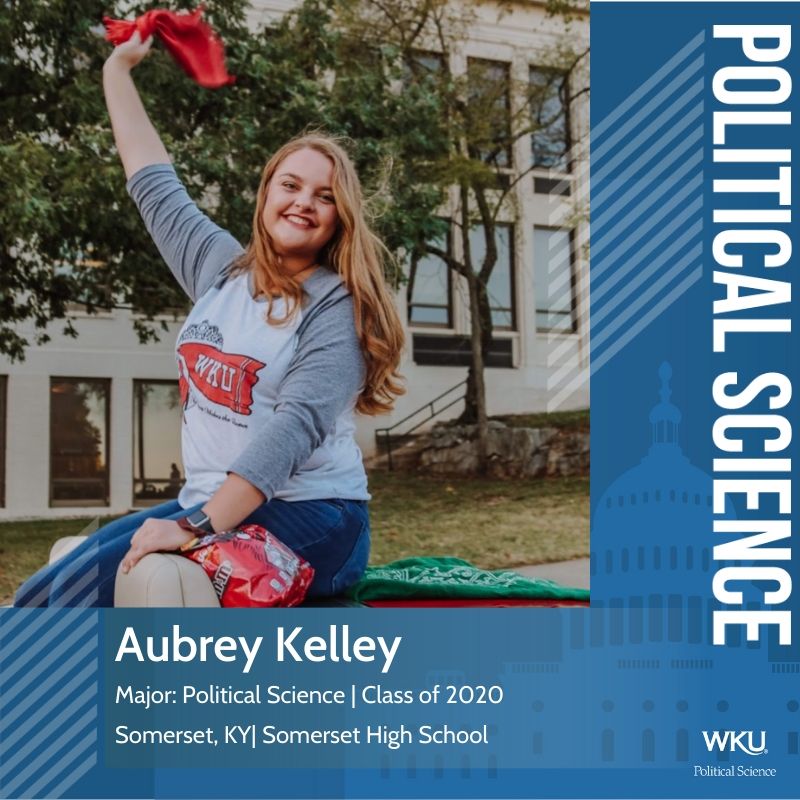 Aubrey Kelley graduated from the Department in Spring 2020. Aubrey is currently attending Columbia Law School in New York City. Throughout her time at WKU, Aubrey served as the Chief of Staff in the Student Government Association, and she was awarded a Faculty Undergraduate Student Engagement (FUSE) grant to complete research on electoral and partisan patterns of support for electoral reforms. She presented her research later at the Symposium on Southern Politics in Charleston, SC.

Aubrey believes that being a double major in political science and English helped to prepare her for her goals. “The combination of these majors gave me the analytical, reasoning, reading, and writing skills I needed in order thrive academically,” Aubrey said. “If not for these majors, I would not feel half as prepared as I currently do to be successful in law school.”

For future political science majors, Aubrey recommends getting involved. “There are so many opportunities for involvement on campus,” Aubrey said. “Whatever it is, figure out your passions, and surround yourself with the people and experiences that will allow you to make the most of your time at WKU.”