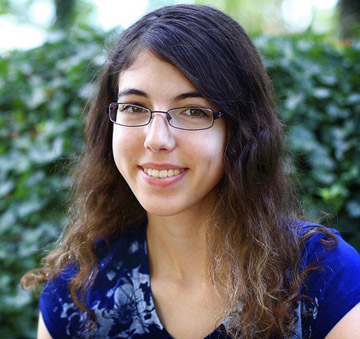 Sarah Schrader, a double major in Biology and Chemistry and member of the Honors College at WKU, has been selected to teach English in South Korea for a six-month term beginning in February through the Teach and Learn in Korea (TaLK) program.

Schrader, the daughter of Michelle and Steven Schrader of Bowling Green, is a graduate of the Carol Martin Gatton Academy of Mathematics and Science in Kentucky and an active member of the Chinese Flagship Program at WKU. As a participant, she will teach English in after-school programs at rural elementary schools in South Korea.

“For me, the TaLK program represents an exciting opportunity to experience something radically different from anything I have ever done before,” Schrader said. “It promises to be a unique and rewarding combination of cultural immersion and exchange as well as an excellent opportunity to develop professional skills and international connections while helping young Korean students unlock a world of international opportunities for themselves.”

The TaLK Program began in April 2008 under the direction of South Korean President Lee Myung-Bak as a way to ensure access to higher quality educational resources in rural areas of the country. Placing native English speakers in rural communities counterbalances the growth of private education, which is often too costly for parents in these areas. There are more than 500 active participants in the program from the United States, Australia, New Zealand, Canada, Ireland, the United Kingdom, Ireland and South Africa as of fall 2011.

“Sarah’s undergraduate career is a wonderful example of where and how far passion and curiosity can take you at WKU,” Grimsley-Smith said. “She has an incredible future in store for her, and we are honored to work with her to reach her goals.”

Schrader, a Goldwater Scholar who plans to pursue a Ph.D. in molecular biology or genetics, works in the lab with Dr. Rodney King, associate professor of biology.

“Sarah is an exceptional student who has earned national recognition for her achievements. Last year, she was awarded a Goldwater scholarship and named a U.S. Presidential Scholar. Sarah continues to seek opportunities to broaden her academic portfolio, and she has embraced WKU’s internationalization mission,” he said. “The TaLK program is wonderful opportunity for her to experience Korean culture and share her gifts and enthusiasm with Korean students who want to become proficient in English.  It is truly exciting to watch Sarah develop into an outstanding scholar. I am very happy for her.”

After returning from South Korea, Schrader will depart for China, where she will fulfill her Capstone Year at Nanjing University and a four-to-six month professional internship in her field of study.

“In our global society, international competency and collaboration are becoming increasingly important in all professions, including the sciences,” she said. “My experiences with the Korean language and culture as a TaLK scholar will greatly expand upon the international foundation I have already built through participation in the Chinese Flagship program and will further propel me on my way to becoming a global professional.”