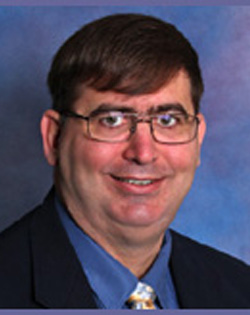 Dr. Rhoades continues his research on the fiduciary duties of personal financial planners and investment advisers under ERISA, the ’40 Act, and state common law. Additional research interests include due diligence involving the selection of pooled investment vehicles, tax-efficient portfolio design, and portfolio decumulation strategies during retirement.

Dr. Rhoades is a frequent speaker at national and regional conferences on the future of the investment advisory profession, due diligence, and developments in the regulation of investment advice.

Embodying his love of life and adventure, Dr. Ron Rhoades literally hurdled his way as captain of his high school’s track team, played football (and later became an assistant high school football coach under former Oakland Raiders head coach John Rauch), sailed across the Atlantic and back on a tall ship (the USCGC Eagle), performed in road shows in Europe and North America as a Disney Character (and in shows and parades at the Walt Disney World Resort), rowed on a crew team (silver medal, small college NCAA nationals, freshman 8’s), marched in the Macy’s Thanksgiving Day Parade, sailed on the U.S.S. Enterprise (aircraft carrier), marched in competition as a member of a state-championship rifle drill team, escorted numerous celebrities around Central Florida (Rock Hudson and many more) as a show production assistant, undertook a one-week solo canoe trip into The Everglades, performed as a Tin Man at a mountaintop theme park in North Carolina (The Land of Oz), and then served as a stage manager and talent scheduling coordinator for entertainment productions at Walt Disney World. And then he graduated college.

Estate Planning Attorney. Dr. Rhoades went on to law school, and following graduation from the University of Florida College of Law, with honors, he practiced for over 20 years as an attorney, with nearly all of those years substantially devoted to estate planning, transfer tax planning, and the formation and representation of closely held business entities. During this time, he served on the Board of Directors of several local for-profit and not-for-profit business entities and community associations.

Financial Planner. Dr. Rhoades has over 18 years of experience as an investment adviser and personal financial planner. For ten years he served as Chief Operating Officer, Director of Research, and Chair of the Investment Committee of a Florida-based investment advisory firm that he co-founded. He now maintains his proficiency in financial planning and investments through his service to a highly select group of clients.

Advocacy; Books & Articles. Dr. Rhoades is a national authority on fiduciary law as applied to financial planners and investment advisers. He is the author of several books and hundreds of articles published in industry and consumer periodicals, and he writes several blogs. Dr. Rhoades is a frequent speaker at national financial planning conferences, and he frequently meets with policy makers in Washington, D.C.

Service to Professional Associations. Dr. Rhoades has served on committees of the Financial Planning Association (FPA) and on both the National and South Region Board of Directors of the National Association of Personal Financial Advisors (NAPFA). He serves on the Steering Group of The Committee for the Fiduciary Standard (for which he served as Chair during 2014-5), a voluntary association of leaders of the profession who engage in advocacy on the fiduciary standard for all providers of financial and investment advice.

An Invitation to You
Back to Listing

Make a Gift    Join us in our mission to provide state of the art education and training for the next generation of financial managers and financial advisors.

The Gordon Ford College of business is a top business school with dual AACSB accreditation in both business and accounting programs.