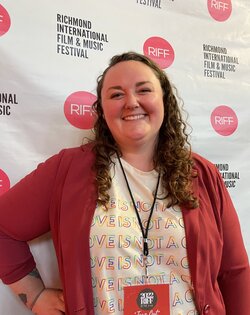 Jessica’s poetry and nonfiction pieces have appeared in Ghost City Review, in the Fear and Courage collection from Exisle Publishing, and in the Summer 2020 issue of Sinister Wisdom. She was the screenwriter for the short film “Five” (dir. Kali Baker-Johnson), which was featured in the African American Short Films Series from Badami Productions in 2016 and her tv pilot script ‘Til Death received an honorable mention at the University Film and Video Association conference in 2019.She wrote and produced a music video for the song “Home Forever” on behalf of Beautiful Mess Productions. Her graduate thesis script “Poster Girl” has placed in numerous national screenwriting competitions, including the California Women’s Film Festival (2016), the Write Room Screenplay Competition (2016), the West Field Screenwriting Awards (2014), and the New York Screenplay Contest (2014). She wrote a create-your-own adventure story for Pocket Gems’ Episode app, crafting a series of episodes for their platform in 2014-15.

I grew up watching countless movies, but it wasn’t just about watching them for entertainment. I’d study them, analyze them, watch them over and over again until I understood how they worked, how they functioned as pieces of storytelling. I wanted to know how I hoped beyond all reason that the Titanic would miss the iceberg despite the historical record. I wanted to test whether I could hold my breath as long as Buttercup when she falls into the lightning sand in The Princess Bride. I sought to create that feeling of empowerment I got every time I watched Norma Rae stand up on that factory workbench. I turned to screenwriting – tearing apart the films to their barest elements, so I could recreate their emotional power, their narrative flair, in my own way. This is what I seek to teach my students.

Everyone has a story to tell. The idea that every story that can be told has been told is nonsense. Sure, the main story trends and themes have been conquered – we’ve seen them, we recognize them – but you haven’t told your version of the story yet. Every writer has their own unique spin on any narrative – like witnesses to a crime, you have gone through life, gathering different perspectives. When students dig deep and find that unique perspective, that’s when their true storytelling abilities shine.

My writing interests also go beyond screenwriting. I have an avid interest in the Young Adult fiction genre. I seek to focus on the representation of women in all genres of writing, bringing strong female characters to the center of my stories. I also make sure to focus on representing the LGBTQ+ community as often as possible, telling stories that go beyond the typical “coming out” stories we often see in mainstream media, showcasing instead, stories I wish existed when I was growing up.

I will continue to challenge my students to push beyond what they expect stories to be, to seek a truth in their writing in the safety of the classroom setting.