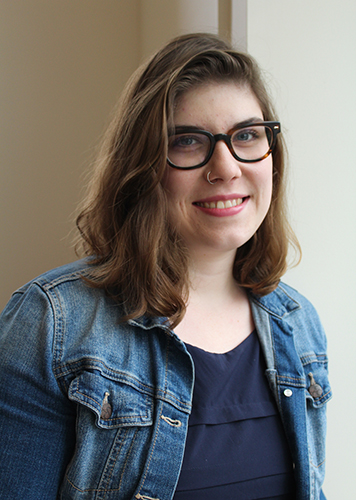 WKU graduate Lillian Nellans will use a $45,000 Rotary Foundation Global Grant Scholarship to pursue a master’s degree in the United Kingdom.

Nellans, a native of Des Moines, Iowa and the daughter of Jennifer and Bill Nellans, is a 2018 graduate in philosophy and self-designed international conflict studies.  She was recognized as the 2018 Ogden Foundation Scholar, the highest recognition at WKU awarded to one graduating senior who has demonstrated exceptional academic achievement in addition to outstanding university and civic engagement.

As a Rotary Global Scholar, Nellans will enroll in the MSc International Relations program at the London School of Economics and Political Science.  She plans to pursue a career researching the underlying causes of conflict and advocating for a greater global focus on prevention.  She plans to complete a PhD in international relations and later conduct research for a human rights organization.

“Rotary strives to prevent conflicts, including genocides, or resolve them before violence becomes widespread,” Nellans said. “That will also be the goal of my lifelong research and work.”

Nellans has been well-prepared to enter her graduate program and pursue a research career by her experiences on and off the Hill. She participated in the highly decorated Forensics Team and won a national championship in impromptu speaking at the American Forensics Association tournament in 2017 and was named a finalist for the prestigious Harry S. Truman Scholarship.  Nellans was active in the Bowling Green community and volunteered with refugee and immigrant children, campaigns for reproductive justice and LGBT rights and taught philosophy in a juvenile detention center.

Nellans conducted undergraduate research that was published in the Journal of Undergraduate International Studies that suggested patriarchal societies are more likely to experience genocide.  She recently defended her Honors thesis on the dynamics of higher education in countries that have experienced ethnic conflict, which she completed under the mentorship of Dr. Marko Dumančić, assistant professor in the WKU Department of History.

Additionally, Nellans pursued numerous international opportunities.  She interned at the International Commission on Missing Persons in Sarajevo, Bosnia and Herzegovina, studied abroad at the University of Haifa in Israel on a Foundation for Global Scholars scholarship, taught English and debate at Bosnia Initiatives for Local Development and conducted research in Kosovo through an Iowa Sister States grant.