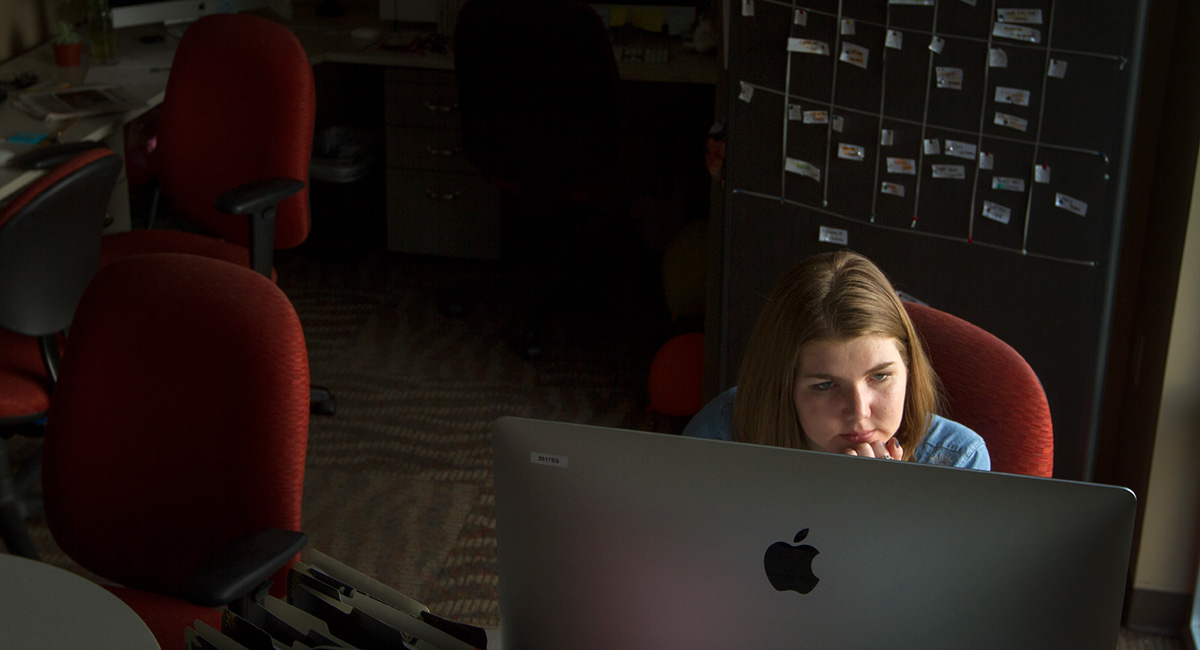 One award of $1,000 to a student working on the College Heights Herald. Awarded based on scholarship, leadership, involvement, demonstration of aptitude and attitude and work in Student Publications. Financial need may be considered. During his time as director of WKU Student Publications, Bob Adams was known for many qualities — quiet leadership, an approach of making things work, being an optimist, caring about people, being involved in making Student Pubs a better place, and a can-do attitude.

One award of $400 to a junior or senior journalism major with an interest in pursuing a journalism career and showing leadership, scholarship, character, aptitude and good attitude while serving on the College Heights Herald. Mr. Armstrong was Herald editor in 1979 who went on to work for the Tampa Times, the Louisville Times, the Kansas City Star and The Cincinnati Post. He later worked in state government and was the first director of public relations for the Kentucky Community and Technical College System. He died in 2004 after being diagnosed with a terminal illness.

One award of $450 to a student working on the Talisman or the College Heights Herald who is enrolled full time and can demonstrate knowledge, passion and appreciation for the English language. Financial need may be considered. During his tenure, many students viewed Mr. Ausenbaugh as the toughest teacher they encountered at WKU, and perhaps the best. “Aus,” as he was known, loved the English language and was a precise and exacting editor.

One award of $1,100 available exclusively to a student working on the College Heights Herald who is enrolled full time. Awarded based upon scholarship, leadership, involvement and demonstrated aptitude and attitude. Financial need may be considered. Mr. Collins worked his way through school and was someone who always found ways to get things done, never relying on excuses. He was a sports journalist who used hard work to rise to key editing positions at USA Today before he passed away in 2010.

One award of $1,400 for a news/editorial, advertising or photojournalism major. Awarded based upon scholarship, leadership, involvement and demonstrated aptitude and attitude and work in Student Publications. Miss Richards was the founding editor of the College Heights Herald, and went on to be the newspaper’s adviser until her retirement from Western Kentucky State College in 1964. She is someone who lived and breathed for the Herald, and established the newspaper as an important voice on the Hill.

One or multiple awards totaling $6,000 for news/editorial or photojournalism majors who work on the College Heights Herald or the Talisman. Awarded based upon scholarship, leadership, involvement and demonstrated aptitude and attitude. The Schuhmann awards look for students who are exceptionally well-rounded — involved in productive ways at Student Publications, doing well in the classroom (minimum 2.8 GPA), demonstrating leadership and having a great attitude while striving for excellence.

One award of $600 to a student working on the College Heights Herald who is enrolled full time and demonstrates personal qualities of character, integrity, dependability, industriousness, human compassion and leadership. Mr. Valentine was the longtime publisher of the Franklin Favorite, the weekly newspaper in Simpson County where the Herald was printed for many years. The scholarship in the Valentines’ names seeks a student who can demonstrate good character, dependability, industriousness, human compassion and leadership.

One award of $1,100 for a junior or senior advertising, news/editorial or photojournalism major. Awarded based upon scholarship, leadership, involvement and demonstrated aptitude and attitude and work in Student Publications. Mr. Whitaker, known as “Boss,” was the founder and leader of Student Publications and WKU’s journalism program in the modern era. A former editor at The Courier-Journal and the Daily News, Boss was effective in establishing the independence and professional standards that guide Student Publications to this day.

*All amounts are subject to final approval by the College Heights Foundation, which sets spending policy for scholarship endowments. The amounts listed are the most recent estimates available.