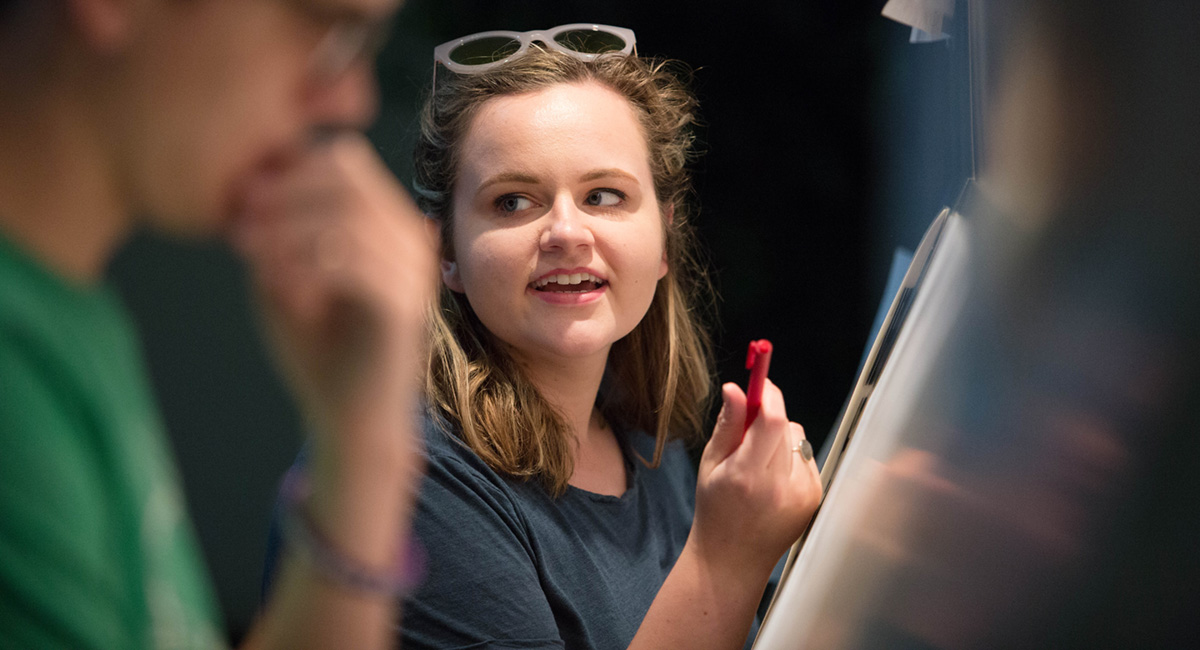 The College Heights Herald is the main source of news for the WKU community – students, faculty, staff, alumni, friends and others the university affects. It is a professional news organization run by students.

The Herald is published in print on Tuesdays during the academic year and 24/7 through the year at WKUHerald.com.

The Herald receives no direct funding from the university, with its full operational costs paid from advertising revenues.

Working on the Herald is a real-world experience for the student staff members. In the newsroom, they gather data, interview, shoot photos and video, craft stories, design pages, write headlines, proofread copy, prepare pages for digital transmission to the printer and design and manage the Herald’s website. On the business side, they court clients, sell advertising, market the Herald to the community and are responsible for ensuring that revenues and expenses are in balance.

This focus is showing results. On the ground, the Herald distributes copies of each edition of the newspaper at more than 100 locations on campus and in Bowling Green. The WKUHerald.com website, the first college news website in Kentucky, attracts more than 70,000 unique visitors and 116,000 page views each month.

The Herald has won 18 national Pacemaker awards from Associated Collegiate Press, the top honor for a student publication.
In 2013-14, 2014-15, 2015-16 and 2017-18, the College Heights Herald was named the best college newspaper in Kentucky by the Kentucky Press Association.

In 2017, the Herald and reporter Nicole Ares won the Betty Gage Holland Award for the top investigative/enterprise project in collegiate journalism nationwide for the 2016-17 academic year. That project, "In the Dark," used public documents to explore what happens to faculty and staff members found to have engaged in sexual misconduct on Kentucky's eight public university campuses. Reporting on the project resulted in WKU suing the College Heights Herald in an effort to withhold records of such cases at WKU. The national Holland Award is sponsored by the Cox Institute for Journalism and the Student Press Law Center.

The reach and quality of Herald content are the key factors in maintaining advertising revenues, which support the publication. Herald revenues support not only the operation of the newsroom, but also provide funding to help with technology upgrades necessary each year throughout the Student Publications operation.

Work for the Herald

The Herald offers paid positions in writing, photography, videography, design, marketing and editorial leadership. Students can apply online at WKUHerald.com/apply. You can also stop by our office in the Adams-Whitaker Student Publications Center to introduce yourself to editors and learn more.