What does it mean?

A. Sexual misconduct/assaultis defined as actual or attempted sexual contact with another person without that person's consent. Sexual assault includes, but is not limited to, the following:

B. Consentis informed, freely given, and mutual. Further descriptions are noted below:

C. Inducing incapacitation for sexual purposes includes using drugs, alcohol, or other means with the intent to affect or have an actual effect on the ability of an individual to consent or refuse to consent (as "consent" is defined in this policy) to sexual contact.

D.  Sexual Harassment includes unwelcome sexual advances, requests for sexual favors, or other verbal or physical behavior of a sexual nature, where:

E.  Gender-Based Harassment which may include acts of verbal, nonverbal, or physical aggression, intimidation, or hostility based on sex or sex-stereotyping, even if those acts do not involve conduct of a sexual nature.

F. Sexual exploitation occurs when a person takes non-consensual or abusive sexual advantage of another for anyone's advantage or benefit other than the person being exploited, and that behavior does not otherwise constitute one of the preceding sexual misconduct offenses. Examples of behavior that could rise to the level of sexual exploitation include, but are not limited to, the following:

G. Sexual Violence: Sexual violence is a broader term than sexual assault. The term encompasses sexual homicide, rape, incest, molestation, fondling, stalking, intimate partner violence, and verbal harassment of a sexual nature. Sexual violence includes creating an environment that feels unsafe based on sexual messages or images. Sexual violence is a sexual act that is completed or attempted against a victim's will or when a victim is unable to consent due to age, illness, disability, or the influence of alcohol or other drugs. The act may involve actual or threatened physical force, use of weapons, coercion, intimidation or pressure.

H. Relationship violence is abuse or violence between partners or former partners involving one or more of the following elements:

I.  Domestic violence means a "felony or misdemeanor crime" of violence committed by:

K. Stalking refers to engaging in a course of conduct directed at a specific person;  This includes but not limited to repeatedly following, harassing, threatening, or intimidating another by telephone, mail, electronic communication, social media, or any other action, device, or method that purposely or knowingly causes substantial emotional distress or reasonable fear for his or her safety or the safety of others; fear of bodily injury or death.

L. Retaliation is action taken by an accused individual, complainant or third party against any person because that person opposed any practices related to the process.  Such acts that are forbidden under this policy, but not limited too are; because that person filed a complaint, testified, assisted, or participated in any manner in an investigation or proceeding under this policy. Retaliation includes intimidating, threatening, coercing, or in any way discriminating against an individual because of the individual's complaint or participation in an investigation. Action is generally deemed retaliatory if it would deter a reasonable person in the same circumstances from opposing practices prohibited by this policy.

2. The conduct is sufficiently severe, pervasive or persistent to interfere with an individual’s work, academic or program participation; living on campus or

3. The conduct creates an environment that a reasonable person would consider intimidating, hostile, or offensive.

N.  False Complaint is a false allegation the complainant brings knowing that what is alleged did not occur and, therefore, could not constitute sexual harassment. Malice may or may not exist. Generally, we consider fabrications to be false allegations.

The Student Code of Conduct  Dishonesty, such as cheating, plagiarism, misrepresenting of oneself or an organization, knowingly furnishing false information to the University, or omitting relevant or necessary information to gain a benefit, to injure, or to defraud is prohibited.

O.  Respondent the student who is required to answer a accusation of an alleged violation of the Student Code of Conduct requiring the respondent to take some action, halt an activity and comply with our office to meet.

P.  Complainant is a student who begins an investigation by filing a complaint or incident report, based on his/her student rights being violated.  The student will be called to make a statement with our office.

Q.  Support person may be an individual of choice, but must be someone not otherwise involved in the incident or investigation.  The “support person” may attend, but shall not participate, in the interview / process.

R.  Responsible Employee is one who has authority to address and remedy discrimination/sexual misconduct/harassment (A-K) on behalf of the institution, or anyone a student could reasonably perceive as having this authority.  The term refers to employees who can put the institution on notice and therefore have a duty to report and act.

S.  Witness(es) is a person who directly observed an incident or has direct or indirect knowledge related to an incident. Witnesses should be able to speak knowledgeably about the incident and be able to provide relevant facts to Student Conduct.

Witnesses cannot be participating solely to speak about an individual's character. 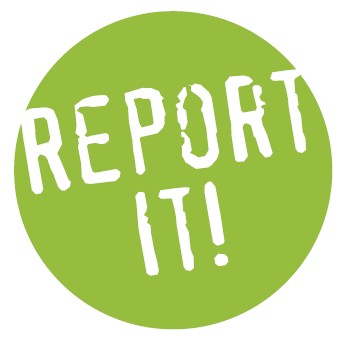 It is the position of The Office of Judicial Affairs that among the violations of misconduct considered to be of an especially serious nature are those that represent a threat to the safety and health of members of the University Community. These include but are not limited too, harassment, physical violence or threat of violence, non-consensual sexual contact, rape or any form of sexual violence.

If you as a student or reporter wish to remain anonymous, fill out the Anonymous Incident Report. The university will use this information for statistical purposes, to better understand the scope of sexual violence on campus, and to develop and implement preventive efforts.

If you fill this form out with a University employee, including a student employee, the report will no longer be anonymous.

The university is required to investigate allegations of sexual misconduct to the best of its ability. As a result, the university will follow up on any specific, identifying information provided in this anonymous report.

If you wish to discuss a concern while maintaining confidence to the greatest extent possible, you have the following options: (Resources)