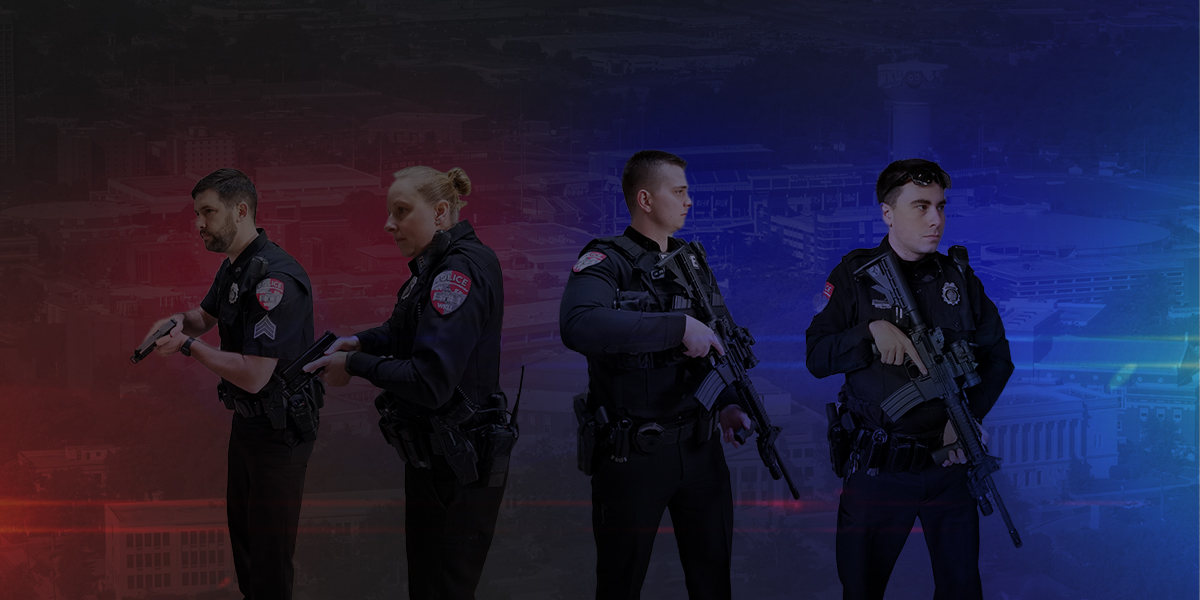 
According to the FBI, an active shooter is an individual actively engaged in killing or attempting to kill people in a populated area. These situations have happened in schools, shopping malls, businesses, streets, and other public venues. These situations are dynamic in nature and require immediate action by law enforcement personnel to stop the shooter.

Some Guidelines for Responding to Active Shooter

If you ever find yourself in an active violence/active shooter situation, the simplest thing to remember is Run, Hide, Fight!

Nationally, active shooter situations do not occur often on college campuses, but we know all too well that the possibility exists and it is important to know how to respond. When an emergency happens, it's natural for people to panic, and to avoid panicking we have to have some sort of a plan. Use this information and review the video so that you can develop your plan.