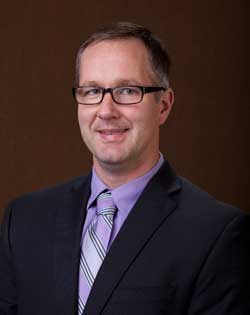 Dr. Strow has published in the areas of economic history, macroeconomics, labor economics, economic education, and morality and public policy. Brian regularly appears in local, state, and national media (newspapers, magazines, TV, and radio) regarding public policy and has been an economic advisor for candidates for statewide and federal offices. He is a member of the Board of Scholars for the Bluegrass Institute for Public Policy Solutions. Dr. Strow runs and writes articles for the WKU BB&T Center for the Study of Capitalism, www.wkubbtcenter.com.

Dr. Strow specializes in public policy, economic history, and macroeconomics.  He has written peer reviewed articles, a book, think tank studies, and articles for the popular press and is frequently featured in print, radio, and TV media.  He runs the WKU BB&T Center for the Study of Capitalism.  Dr. Strow has served as an economic advisor to multiple elected officials including a sitting US Senator and a former US Speaker of the House of Representatives. He has served as an elected Bowling Green City Commissioner and is a former President of the Kentucky Economic Association.  In addition, Dr. Strow has led study abroad programs to Australia, Costa Rica, New Zealand, South Africa, Swaziland, and Zambia.