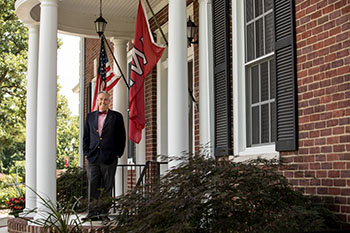 Last fall, I convened the University’s Budget Council and asked them to address both our current $15 million shortfall and to make recommendations that will put WKU on a more sound financial footing for the future. More...

Kicking off a new academic year

I hope you were able to enjoy yesterday’s eclipse. What an amazing and rare experience! I want to express appreciation to all those who were involved in the planning of the various events hosted on and off campus for students and guests. More...